There’s a new publisher of physical Nintendo Switch games, and a familiar face in the video game industry is leading it. Come learn more about Leadman Games!

PS4Blog: Morning Dan! Good to have you on today. Before we dive into the interview, would you mind giving our readers a bit of a “you may remember me from” on your career?

Sure. I’m old, so this may take a while. I got my start in the videogames biz in 2001, when I joined the Xbox team (well, technically, my first job in the videogames biz was when I worked at the Software Etc. in Greenwich Village – this was in the SNES vs. Genesis heyday). I joined the team about six months before the launch of the original Xbox. I had my fingers in a lot of different pies—from negotiating deals with publishers to secure content to working with Sega on a project where they included the Xbox motherboard in their arcade systems. One other thing I worked on was the original Xbox Live Arcade, which back in the day had to be launched from a disc.

In around 2006, I moved over to Nintendo to build up the digital distribution business— something we later called WiiWare. Back in those days, indies were a very underground thing, and most people in the mainstream industry weren’t really that aware of their existence. I wanted WiiWare to be all about creative game design, so I started looking for devs who were pushing the boundaries. That’s how I found my way into the indie scene. 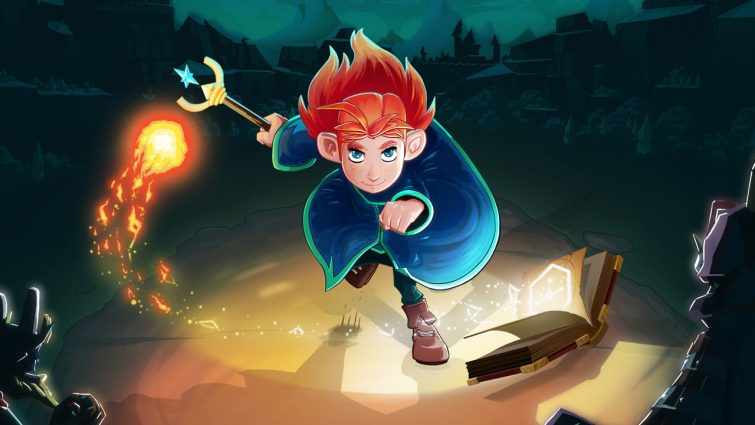 Probably the first big indie projects to launch on WiiWare were World of Goo and Cave Story. Kyle Gabler and Ron Carmel introduced me to Tommy Refenes and Ed McMillen, who were working on Super Meat Boy, and everything kind of expanded from there. Later we launched DSiWare, the 3DS eShop, and the Wii U eShop. I left Nintendo in 2014 since running the same business for nine years was starting to feel repetitive. Instead of working a little bit on hundreds of games each year, I wanted to work more closely on just one or two. In that time, so far I’ve worked on Axiom Verge, Mages of Mystralia, and Chasm. One of the things I did for Axiom Verge was to figure out how we could release a physical version at retail. That wound up being an adventure in itself, which ultimately led me in the direction of starting my own retail publishing business called Leadman Games.


PS4B: On that note, Leadman Games is now very much a thing. Take it away!

So how I got into retail publishing is kind of a long story. Fairly early on we were approached by Limited Run Games to do a small print run. Although I think the Limited Run Games model makes a lot of sense for some games, I wasn’t interested in doing that for Axiom Verge. My primary thinking was that we had just done IndieBox, and although we sold each unit for around $30-40, they were immediately going up on eBay for well over $100. I suspected there would be more demand for a retail version of Axiom Verge than Limited Run Games’ model supports, so I started looking into retail publishers.

There were a few publishers who were interested, but we decided to go with BadLand Games. In addition to offering us a fair rev share, the president of the company had heard of Tom Happ’s son’s health issues and offered to contribute 75% of Badland Games’ profits to a fund set up for Tom’s son’s ongoing healthcare costs. Long story short, Tom’s son was born perfectly healthy, but had some jaundice, which is very common. Unfortunately, the hospital just sent them home without treating the jaundice, and by the time they realized their mistake, Alastair Happ wound up with a permanent and severe neurological condition called Kernicterus. Badland’s offer was incredibly generous, and we decided to work with them. 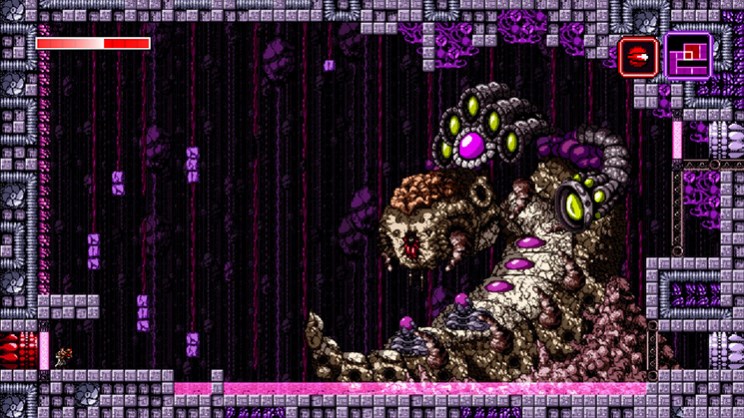 Everything was going pretty well for a while. They did a great job in designing everything that would go in the box, arranged for 2 Player Productions to create a documentary about Tom Happ (which you can get on Steam!), and getting the pre-order process going. Things essentially slowed to a halt though when it came time to produce the actual units. We had all of the print materials designed and approved, so the only thing left to do was place the orders with Sony and Nintendo (in case anyone’s not familiar, the way Sony and Nintendo make their profits on 3rd party publisher sales is that they sell you the carts and discs).


After a short while, it became apparent that they were having financial difficulties. We had a brainstorming meeting to discuss how we could salvage the project. Tom and I discussed it, and we realized that if we put all of our savings together, we could pay for the units ourselves. It was a really stressful decision since, if anything went wrong, we could both lose our life savings. I told Badland that I wanted to make sure that Tom Happ would be paid directly by any retailer or distributor. I didn’t have any reason to distrust Badland or anything, but I did consider them a credit risk at this point.

The retail model in North America was more straightforward than that in Europe, and since Badland is based in Spain, we decided they could still handle Europe on the same terms as we had originally set. They assured us that once they worked out their liquidity issues with the banks, everything on their side would be back to normal. Unfortunately, it didn’t quite work out that way. They eventually got their liquidity issues worked out and launched Axiom Verge in Europe, but they used all of the proceeds of those sales to repay other debts and fund new projects. We never got a dime from the European sales. 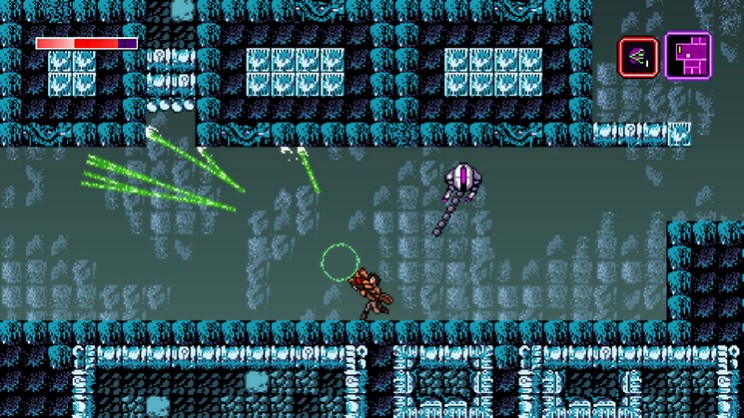 The silver lining in this was that when we took over the publishing responsibilities for North America, I got to learn about how the whole retail process works. I established distribution relationships, learned how the printer and assembly process work, and got way more experience than I ever wanted with coordinating international shipping and customs clearance for tens of thousands of game cartridges. When I first started working on this, I wasn’t sure where the potential pitfalls were, and I was terrified of losing my life savings, so I watched over every detail like a hawk.

It was exhausting, but after the dust settled and everything worked out, I realized that I could do this again for other devs I knew. There’s a meetup in the Bellevue, Washington area where a few developers have lunch once every couple months, and I ran into James and Michelle Silva. They’d been game convention friends for years, but we’d never worked closely together. I broached the subject of publishing Salt and Sanctuary at retail, and after a lunch or two where we worked out the details, we were in business!

PS4B: Salt and Sanctuary is an interesting title to drive forward as your first physical title on a console for a retail release. What drew you to make that game, in particular, your flagship release?

Picking who you work with is as important as what you work on. I knew James and Michelle to be lovely people from years of slowly getting to know them, as well as the fact that we also shared a lot of friends in common. So I felt the risk of a bad working relationship would be fairly low. I also was a huge fan of the overall aesthetic of Salt and Sanctuary. Every time I looked at it, it immediately drew me in. I’m actually terrible at the game, but I don’t mind that since the whole game is eye and ear candy. As I got to know them even better as we worked on the project, I got a glimpse of how just two people were able to create such an impressive masterpiece. They are perfectionists in the best possible sense and care deeply about every detail. It shows in the final product.

PS4B: You’ve announced that you’ll be bringing a two-pack of games to the Nintendo Switch and the PlayStation 4 for Guacamelee! and Guacamelee! 2. Will the Nintendo Switch release include both games in one cartridge, the games in separate cartridges, or is one of the games a download as has been the case for some retail releases? And will the PS4 SKU include both games on one disc or separate discs for each game?

Yes, we’re going to be releasing both games on one cart, or at least that’s the plan. There’s a reason that not many people have done that yet—it turns out it’s harder to do on Switch than any of us thought. We think we’re in the homestretch of solving the technical issues. There is currently no way to have multiple games and DLC on one cart, so the DLC will be via download codes. The PS4 process for multiple games on one disc is more straightforward, so both games and all of the DLC will be on the disc. Both games will also include two download codes for the soundtracks, a 2-sided poster, and an old school manual. 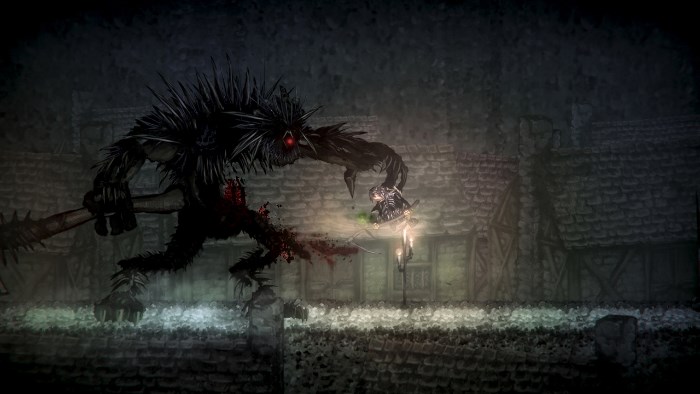 PS4B: With Salt and Sanctuary out and the Guacamelee! One-Two Punch Collection on its way, are you perhaps already hard at work on your next physical release for Q3-Q4 2019? Blink once for yeah, blink twice for hell yeah.

Leadman Games is still very much in its infancy. I want to make sure we crawl before we walk and walk before we run. My experience with Badland Games has made me very aware of the dangers of taking on more than you can handle. I’d never want to be in a position where I can’t pay a developer their share of the proceeds because I owe someone else money. Right now the model is to launch one game, and when the proceeds come in, I can use my share to fund the next project and so on. So right now the focus is on making sure Salt and Sanctuary sells out at retail (there are still units out there!) and getting Guacamelee! One-Two Punch Collection out the door. Once that’s done, I’ll start considering what’s next! 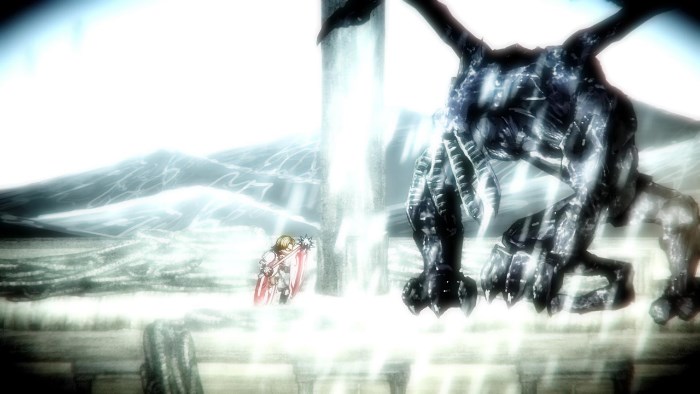 Yeah, a couple of things actually. First, when I talked publicly about our issues with Badland, a lot of people asked how they could help Alastair Happ. Tom decided he didn’t want to have a GoFundMe page, so instead, we’re asking people to donate to the Kernicterus Center: You can do so by clicking here.

And, on a personal note, if you’re interested in Guacamelee: One-Two Punch Collection be sure to place an order at your favorite retailer. The pre-order numbers determine how many units the retailers decide to order and whether they’ll place them in all of the stores or just a few of them, so if you’re thinking of getting it, pre-orders really help us out!