War Theatre is a strategic RPG from Arcade Distillery. Those that remember Plague Road will be familiar with the art style of this one, set in a different genre. Read more about it in our War Theatre review!

Those familiar with ye olde Advanced Wars style games will feel right at home here, and those familiar with SRPGs in general will be quick to pick up on what War Theatre is offering. On a designated map, you have your main HQ amongst other buildings where you are able to build units from one of three categories, Infantry, Heavy and Air. In typical rock paper scissors fashion, one is strong against one and weak against the other. How games like these differ from the rest is the “champion” a unique unit that each team has. These units are usually stronger and can absorb more damage than basic units but once they die, it is game over.
War Theatre can appear a little overwhelming at times for the uninitiated especially as the game does not have any tutorial or has any explicit way of explaining things to you. It attempts to solve a lot of the problems by having a wealth of contextual information on display at any given moment but sadly the information is not always clear what it means and can often lead to incorrect guesswork. 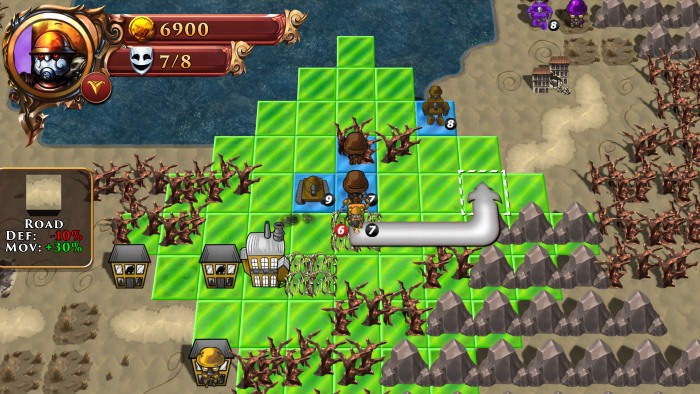 This can annoy especially as the game is no slouch when it comes to difficulty, the AI is sold and can seemingly adapt to your mistakes and punish you for everyone you make, and you will make a lot. A game like this, lives or dies on the information given and how it is given and the inability to know the current health of your team currently on the field or the enemies you are facing is unforgivable. When you find yourself in the middle of a tough fight and are about to use a powerful attack on two potential targets, one being eligible to be hit for 132% meaning certain doom and the other being hit for 90%. You will most certainly go for the one with the higher number but when you realise after agreeing to the attack that 132% only had about 5hp left, it makes the attack feel a complete and utter waste of a good thing. 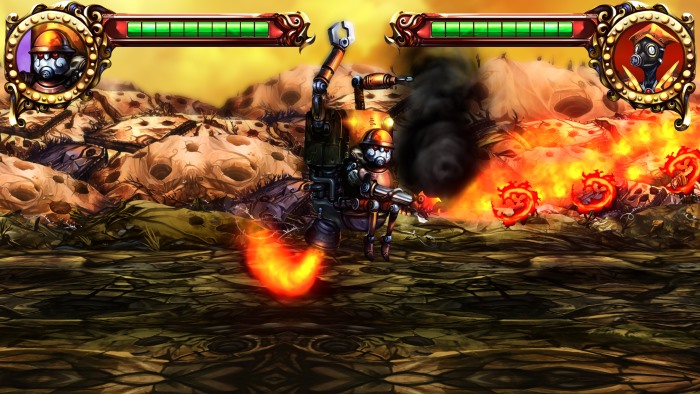 Other design decisions that let the game down are the use of perks, how you get perks is by purchasing them from coins earned by completing quests, i.e. by completing certain feats during the game e.g. kill 25 infantry units and so on. The game once again does not explain this to the player at any point it was only after playing a good chunk of one of the campaigns did it become apparent that perks could be purchased. 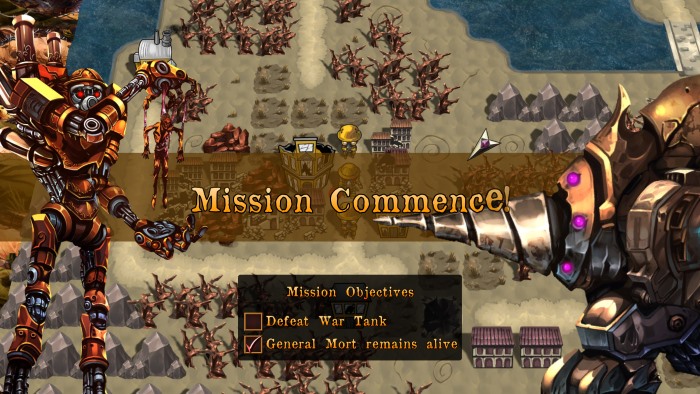 Quests are not completed automatically either, you are required to choose the three you wish to attempt and then actively confirm competition before getting your reward. In this modern age of gaming, this system is very antiquated and counterproductive to “fun”.

With that said, that is what this game is fun. With 7 campaigns to go through as well as a skirmish mode for local multiplayer or against the AI, so there is a bit of replay value to be had in what is a good game. The theme, the character designs, the art style, the music all go together to create an excellent atmosphere that add together to get you in the right mood for what can only be described as a depressing and oppressive world. 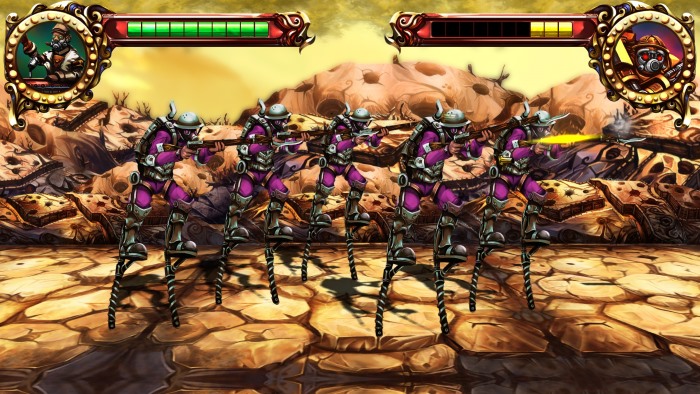 Ultimately, if you are a fan of SRPGs and are wanting of something to play, you can do worse than War Theatre. Though its low budget roots sometimes show in some presumably cost cutting ways it is however still a fun game despite its short comings.

Disclaimer
This Vaporum Review is based on a PlayStation 4 copy provided by Arcade Distillery.

Our World Is Ended Out Now On PS4 And Switch