FAR: Lone Sails is a minimalist side-scrolling puzzle game that has to be experienced on PS4. This is usually the part in a review where I try to explain the plot and take some time to talk about the controls, but I am hesitant to do so because just about any detail of this game you do not experience for yourself is robbing you of some part of the overall enjoyment you will get. But I will say this: you play an ambiguous avatar reminiscent of the traveler from Journey. Rather than traveling on foot, you have access to a steampunk, tank/tractor… thing, which you use on your quest. 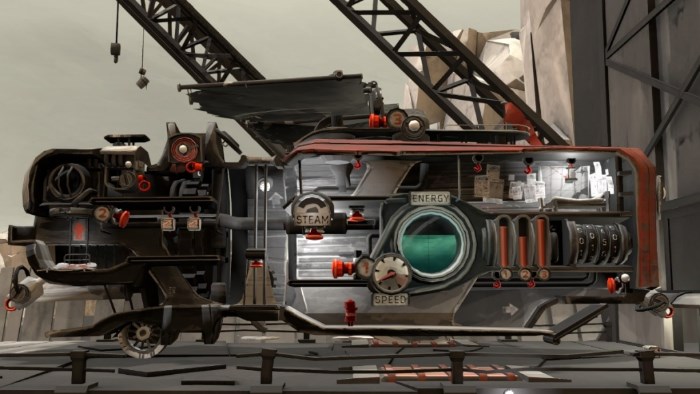 The game makes no effort to tell you what is happening on screen and leaves it to you to figure things out. The lack of hand-holding seems to be excellently executed here as there is an element of discovery when you finally figure out what each button on the vehicle does. The main crux of the gameplay is figuring out how to get your vehicle to move from point A to B. Though awkward at first the game begins to flow when you get into the grove of controlling your vehicle.


The game is a testament to the idea that it is not always the destination but the journey that is the most important part. FAR is a beautiful game with a minimalist color pallet, but even the absence of color works in its favor. The backgrounds that you drive through seem distant and detached as you focus all of your attention on trying to get your vehicle to move, but during those fleeting instances where you get a chance to just enjoy your surroundings, they do not disappoint. The same can be said for the audio design and the soundtrack. Neither comes across as intrusive and eager for your attention but work perfectly to elevate the desired mood. 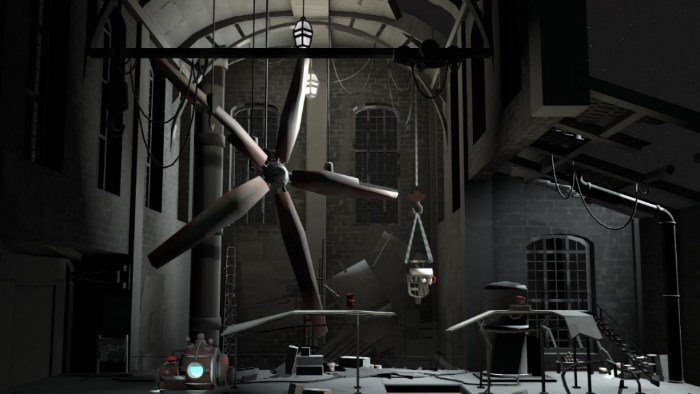 I mentioned earlier that the game has puzzle elements, and while most of the puzzles are minimalist and linear at times, but one or two of them did confuse me a little as things were not as clear as they could have been, so the solutions, though evident in retrospective, can be a little fiddly at times. 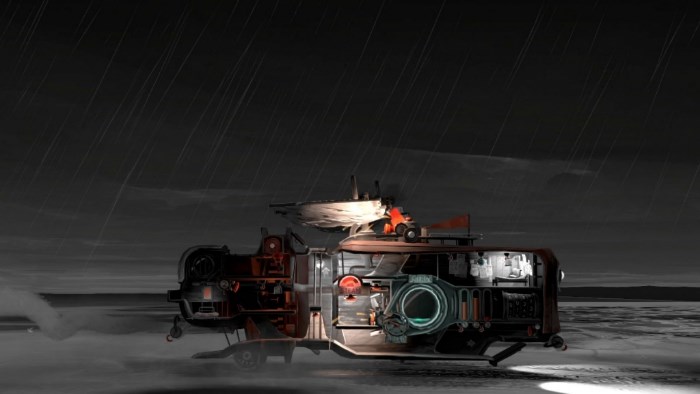 FAR: Lone Sails is short, but the 2-3 hours you need to complete this experience feels just right. Adding anything more would have felt like unnecessary filler, which is why I am a little torn with regards to the price. The game is excellent for what it is, but the price might feel a little bit steep for some gamers out there.

Disclaimer
This FAR: Lone Sails Reviewis based on a PlayStation 4 copy provided by Okomotive.

Shakedown: Hawaii Out Next Month