Get back in the driver seat with your copilot ready to give you directions. Dirt Rally is back with there 2.0 version. Check out our DiRT Rally 2.0 review!

DiRT Rally 2.0 dares you to carve your way through a selection of iconic rally locations from across the globe, in the most powerful off-road vehicles ever made, knowing that the smallest mistake could end your stage
You will need to rely on your instincts with the most immersive and truly focused off-road experience yet, including a new authentic handling model, tire choice and surface degradation. Power your rally car through real-life off-road environments in New Zealand, Argentina, Spain, Poland, Australia and the USA, with only your co-driver and instincts to guide you.
Race on eight official circuits from the FIA World Rallycross championship, complete with licensed Supercars and support series.
Develop your team and cars around race strategies, and progress through a varied selection of Events and Championships in both a single player Career Campaign and a competitive online environment.


I’ve been reviewing racing games for quite a while. Codemasters has proven to be one of the best publishers in developing great racing games. I had a great time reviewing the original Dirt Rally a few years ago, and looked forward jumping into this one. Dirt Rally 2.0, at its heart, is a great racing sim that can feel accessible to newcomers with a difficulty slider allowing easy entry or punishing gameplay depending upon what experience you’re going for. 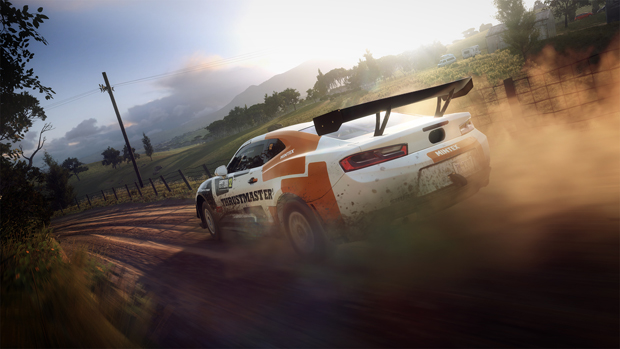 I jumped quickly into a race, as the same great solo gameplay was there waiting for me as I raced down a trail attempting to get the best time. You have someone telling you what turns and the degrees of the turn or other obstacles are coming up, and you need to prepare to take them on the terrain you are on. The scenery would change from sunny with open trails to tree-covered areas with rain pouring on you, drastically changing your driving conditions and how you need to handle your vehicle giving you a challenge at any point. Rally racing was a lot of fun and different from most racers you will play on PS4, as it’s really all about your own skill set.

Rally Cross is back as well, putting you in arenas against opponents for a more traditional racing experience. You and your opponents tear up the track as you work your way around it. You need to pay special attention to the paths as sometimes it’s not clear what direction you need to go. When you’re following or in the pack, it’s easier, but take the lead, and you need to really pay attention. This mode will feel different as you play each lap since the track seems to be changing continuously as the racers destroy it, making handling feel different every lap. There also is a Joker lap that needs to be taken once every race, on the slightly longer and more difficult part of the course. 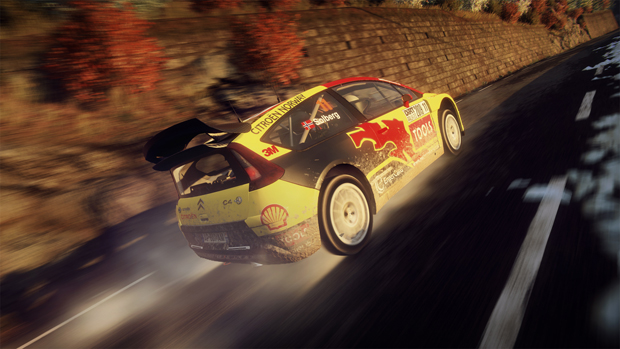 Between the two modes, Rally is my favorite as it’s so different from traditional racing titles. It’s you against the clock, and any mistakes that happen are your fault, as there is no one else to blame. Rally Cross is still fun, and I still play the mode, but it’s just not the same experience that Rally is.

I love the championship modes in the game, as since you have six courses in each championship that are each broken into four legs, with some of the legs taking up to 10 minutes to complete. To get one Championship, you need to put some serious time into the game and, as I said, this release can feel rather difficult based on the time of day, lighting and weather conditions under which you play. I had a ton of fun, and I didn’t win every time, but I learned and took something away from each run, getting better at it every time I played. 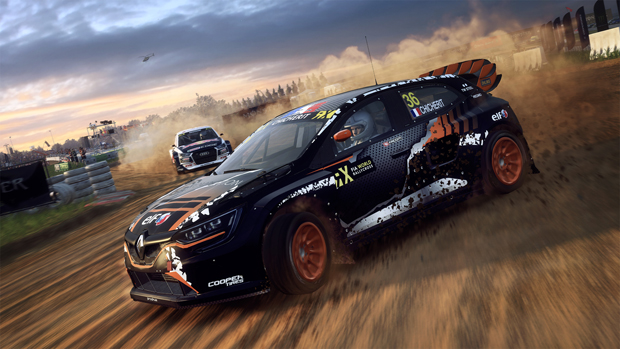 I played the game on the PlayStation 4 Pro the game looked beautiful on a 4K TV. It’s rendered in 1080p at a locked 60 fps, making everything look and feel silky smooth. All the details in the game look great from the cars to the courses, so kudos to the team for really diving into this one. 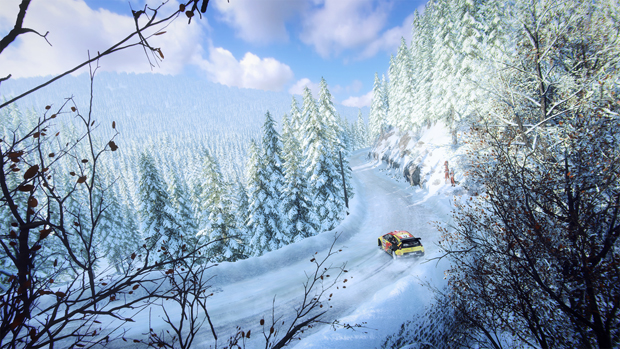 I loved my time with DiRT Rally 2.0. The gameplay, while difficult, felt very rewarding, so even though I didn’t win all races I participated in, I did come away from them feeling better at the game, learning more about how the time of the day and the weather under which you race can make a big difference. Rally is definitely the best mode, but the RallyCross made for a fun diversion as well.

Disclaimer
This DiRT Rally 2.0 review is based on a PlayStation 4 copy provided by Codemasters Inc..

Rollin’ Eggz Out This Week