From a studio with people that created the Burnout franchise comes a new arcade racer called Dangerous Driving. Find out if this title will scratch that Burnout itch in our Dangerous Driving review!

Dangerous Driving is an arcade-style racer, so there’s nothing to worry about in here about braking at the right time and taking corners at optimal speed and path. Instead, this title is all about flooring it, hitting the boost every time you have some to spare, and drifting through every corner you can. Traffic can be either your friend or your enemy, as hitting a non-racer car on the road will result in you crashing, but if you manage a near-miss, you’ll instantly fill up your boost bar a little bit, helping you climb to the top of the podium.

There are six different vehicle classes that you’ll unlock as you complete the races, and the game has plenty of them with 69 in total. Each has a standard car that’s unlocked at the start, but you’ll be able to unlock three other variants as you progress. The Tuned variant is a faster version of the vehicle that will also have an advantage in the Heatwave races (more on that later). The Advance variant will be a bit more robust, so you’ll want to use it when your goal is to take down other racers. Finally, you have the Prototype variant, which will be the fastest of them all, but it won’t be as sturdy as the Advance version. 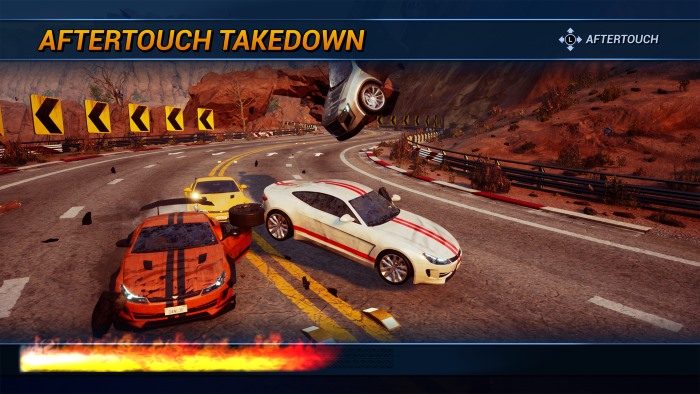 Each of the classes is packed with races in nine different modes, with many of them reminding me of the past Burnout titles. The most classic modes in there are the Race and the Shakedown modes. For the Race mode, it’s just a matter of completing the two laps ahead of other racers and making it to the podium. If you feel like taking your opponents down, feel free to ram into them, but be aware that the game features persistent wrecks, so you’ll have to be careful not to smash on the crashed car on your next lap! As for Shakedown, this is just about beating a lap time, for which you’ll have to use your boost every time you can if you want to stand a chance.


The Heatwave mode is a slightly different take on the regular Races. First of all, it’s not possible to crash any of your rivals in this mode. Also, once your boost bar has a bit of a charge, your goal will be to deplete it all. If you manage to do this without crashing, you’ll instantly fill it all the way back up, and this can be chained as long as you possibly can, making for some intense racing! Face-Off races are simply one on one, where winning will unlock the car’s variant against which you raced. 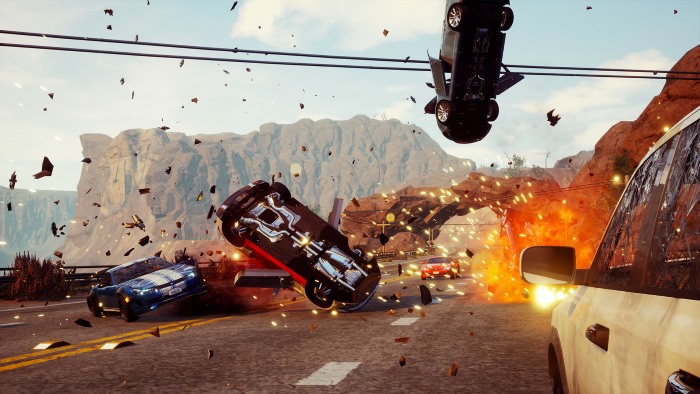 In Eliminator, it’ll be a standard race, except for the fact that after each lap, the racer in the last place is eliminated from the race. As for Survival races, on the other hand, you’ll be all alone, and your goal will be to reach a certain distance to get the gold medal. To make sure you’re not slow driving your way to the top spot, avoiding cars and walls, you’ll have to reach checkpoints in a limited number of seconds so that speed will be crucial.

Road Rage, which any player of Burnout Paradise will recognize, is all about taking down your rivals. Just smash them, make them crash, and if you reach the required number of takedowns, you’ll win! Pursuit mode is somewhat similar, except that you control a cop car and have to ram the cars you pursue multiple times before they crash, all within a time limit.


The final mode, which will be the last race in each of the classes, is the GP. This will consist of a championship with three races, where you’ll get points depending on your position, and the total of the three will determine if you win or are just left behind.

Visually speaking, it compares a lot to the remaster of Burnout Paradise. It’s not some highly detailed racer like Gran Turismo, but then again, I wouldn’t expect this from an arcade racer, and things go so fast that you wouldn’t really have the time to appreciate if it was way more detailed and realistic. The game offers you two possible views, either behind the car at a relatively close distance or right in front of it. With the speed at which you play, especially when you’re boosting, I would’ve appreciated a view a bit more away from the car, it would help actually see what’s coming at you. 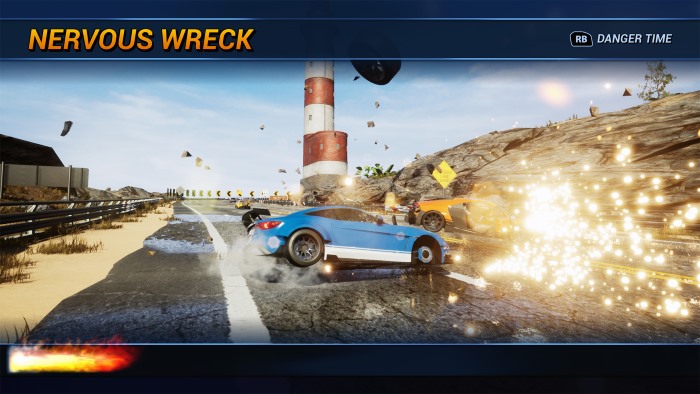 Burnout is one of my favorite franchises, so when I heard that the original creators were making a Burnout-like game, I was all up for grabs. And with every mode, there is in this game, all the races available, and even online play that will be coming down the road in the first month after release, there’s a lot of fun to have with this game. Any arcade racer fan or Burnout fan will enjoy this title, no doubt about it.

But for me, it comes with a little caveat: the AI. It is one of the most ruthless, unforgiving AI I remember seeing in a racing game. With so many reasons to compare this game with Burnout, I can’t avoid doing it for this too. When you crashed in Burnout Paradise, you could lose a few positions, but still had a chance at coming back in the race. You could probably even afford 2 -3 crashes before opting out of the podium! 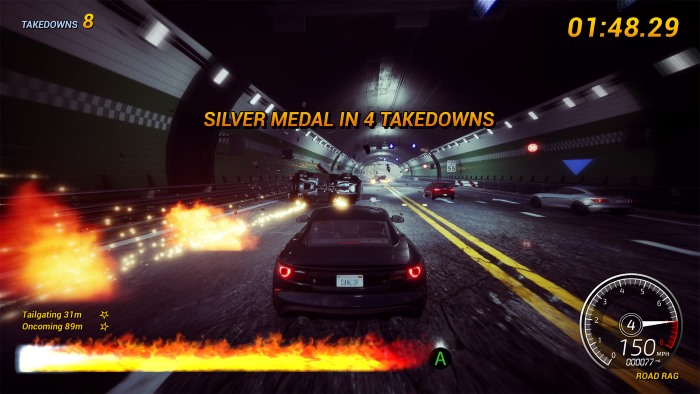 In Dangerous Driving, it’s the total opposite. You race to the top spot, boost like a pro, feel like you’re a million light-years away from your rivals… and then you crash. When you respawn, chances are you’ll be last. If you dare crash another time, you’ll probably be 15-20 seconds behind, with close to no chance at making a comeback. The more races I did, the more this feeling amplified, to a point where rage-quitting crossed my mind, almost surely forgetting about the Platinum trophy. The vast majority of the trophies will come naturally if you get all 69 gold medals, so the Platinum should be relatively straightforward to get if you can survive this AI.


Final Thoughts
Dangerous Driving is a fun game, and with a decent sale, any fan of arcade racer should pick it up. If it wasn’t for my issues with the AI, this game would be the best arcade racer I’ve played since Burnout Paradise, but I can’t ignore it – for the sake of this review. With some adjustments, a sequel to this game could be a truly phenomenal one to play!

Disclaimer
This Dangerous Driving Review is based on a PlayStation 4 copy provided by Three Fields Entertainment.