The Universal Classics Pinball pack for Pinball FX3 adds three new tables into the mix, all based on film classics from Universal: Back to the Future, E.T., and Jaws!

Great Scott, this is heavy! Relive Doc and Marty’s timeless adventures from the Back to the Future™ movie trilogy! Get behind the wheel of the DeLorean time machine and travel through different eras of Hill Valley to fix the spacetime continuum on this pinball table. 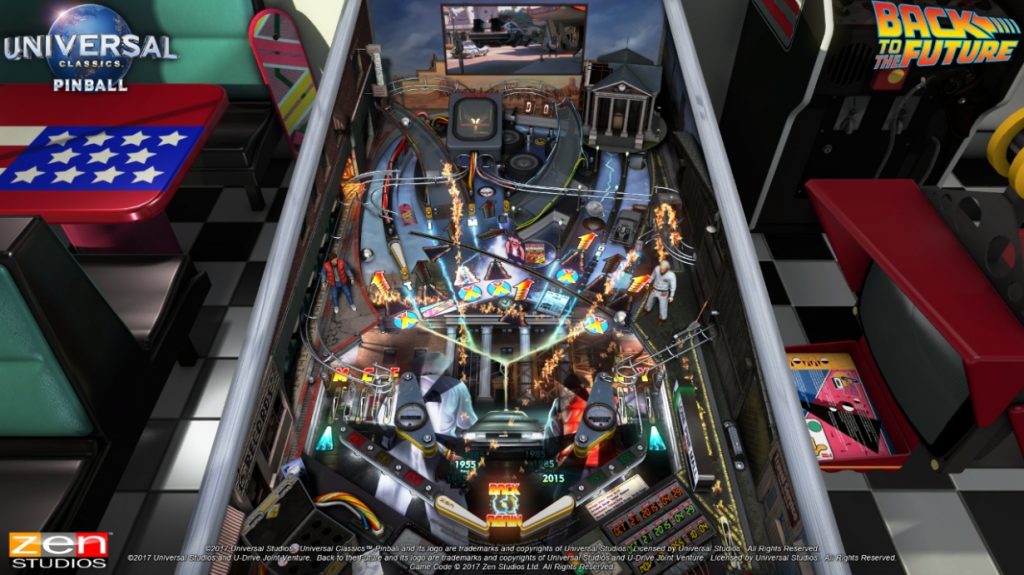 The first table we’ll discuss is the one for Back to the Future. The Back to the Future movie franchise is one of my all-time favorites, and having a pinball table based not only on the movie but on the entire series is definitely an interesting proposition. Before you being each of your runs, you will get to select a time period for the table based on the different locations we got to see in the Back to the Future movies. Each time period has different objectives to complete, and once you’ve taken care of those and gotten the 1.21 gigawatts of power, you’ll get to jump to a new destination.

The Back to the Future table is rather fast and offers plenty of opportunities to boost your overall score. You can aim for the DOC lamps, hit the Hill Valley targets, target the time machine on the right side of the screen, the spinner that can, for example, aid you in raising the funding required to save the clock tower, and more. You will also get to work towards unleashing different multi-ball scenarios during which you’ll get to aim the balls at the lit up ramps so that you can try to get a jackpot or two for your efforts. 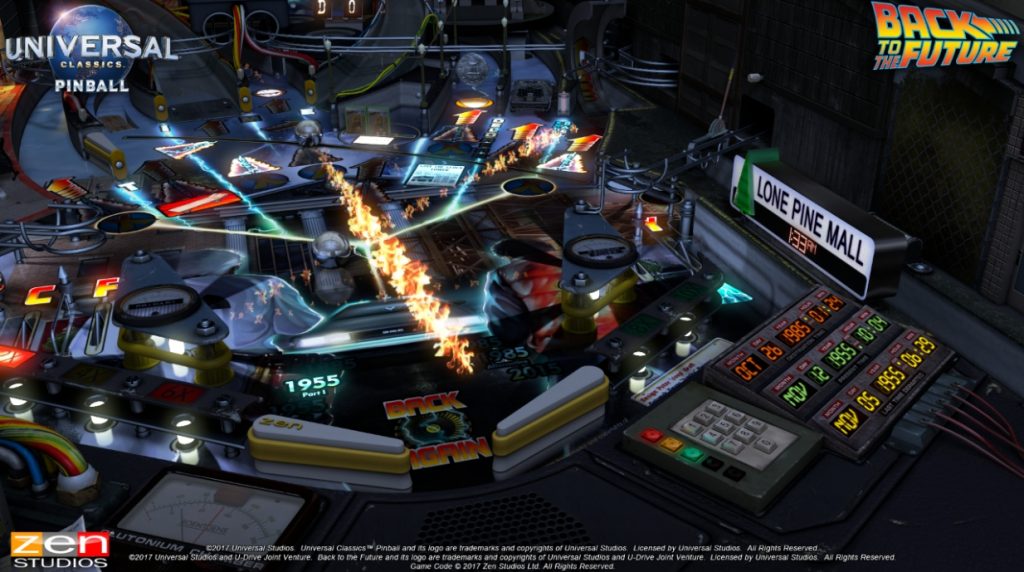 The Back to the Future pinball table was a lot of fun to play, and I do consider it to be the strongest of the three pinball tables in the Universal Classics Pinball pack. You’re going to have a blast playing this one, and even more so if you’re a fan of the movie franchise!

Experience the heart-warming bond between a child and a lost extra-terrestrial through a series of magical events based on the beloved film. Help E.T. and his friend Elliott contact E.T.’s spacecraft and return to the stars by evading government agents, riding and flying a bike and phoning home by building the makeshift communicator.

And now, let’s dive into the E.T. pinball. Something that caught my attention for this particular pinball table is that you can use the spinner in the upper part of the screen to heal the Chrysanthemum flower, which, in turn, increase the score for all lanes. Keeping the flower healthy is a must since this will allow E.T. to do a levitation save as long as the Chrysanthemum is fully healed so that you can keep the ball in play, greatly boosting your combo opportunities in the process. 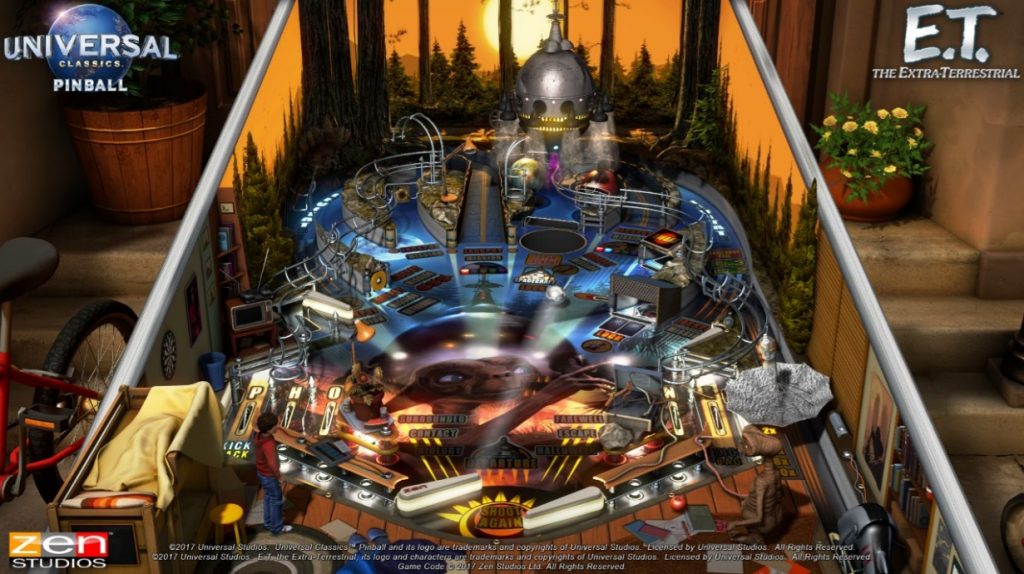 The table, as is to be expected, does feature some nods towards the many classics scenes in the movie, as is the case for teaching E.T. new words, donning a disguise during a particular mini-game so that you can sneak around, or activating a bike mode once the lamps on the right ramp are lit up, tasking you with avoiding any branches that could get in your way, following the jump prompt as needed. 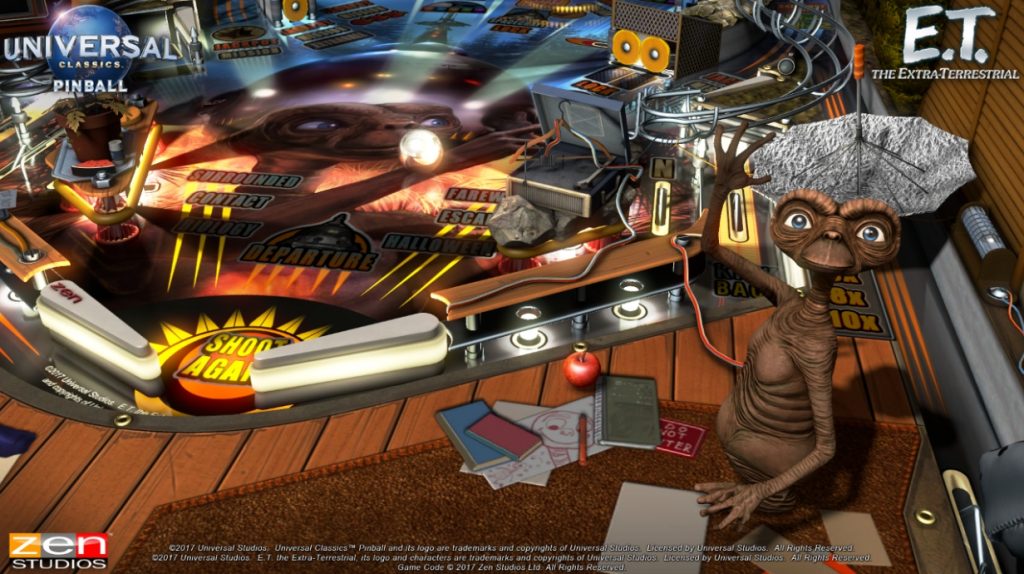 The E.T. pinball table is the highlight of the trio of pinball tables since, to be honest, it’s the one for which I didn’t have high expectations when I was about to pay it for the first time. It ended up giving me the right amount of nostalgia I needed with a table that has a fun layout with solid combo opportunities, as well as a mini-playing field which, in my book, always gives bonus points to that particular table.

Just when you thought it was safe to go back in the water…take on the terrifying great white shark in Jaws Pinball! Based on the blockbuster film, this virtual pinball experience lets you relive your favorite moments with a gameplay twist. Turn the tides by playing as the shark in several game modes or start modes based on select movie scenes!

The last table for the pack is the one for Jaws. The big white shark from the movie is certainly part of the table, as are some smaller sharks you can spot during, say, the skillshot opportunity after launching the ball into play. The interesting thing about this particular pinball table is that there are two main modes to play: in Quint mode and Jaws mode. What this means is that you will be aiming at different targets and ramps to activate objectives while playing in one or the other mode, and if you have one active and activate the other, you will enter a showdown. 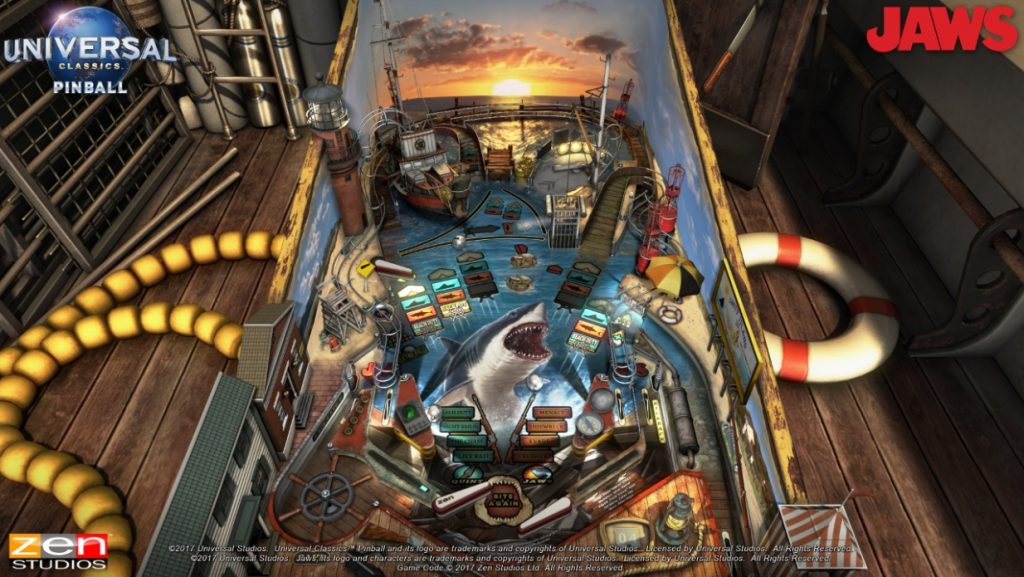 The Quint main Modes include objectives such as saving people at the beach, going out sailing at night with not as much light as I’d like when going after a big white shark, or using live bait to lure the shark into a trap. If you spell out Jaws by hitting the inner and outer lanes at the bottom of the screen, you can then shoot the ball into the saucer on the left side of the screen to then select which of the objectives you want to take on. Being the bad white shark is a fun thing as it offers a different perspective, as you try to scare the people in the shallow waters, evading the barrels that Quint uses, or attacking the shark cage. 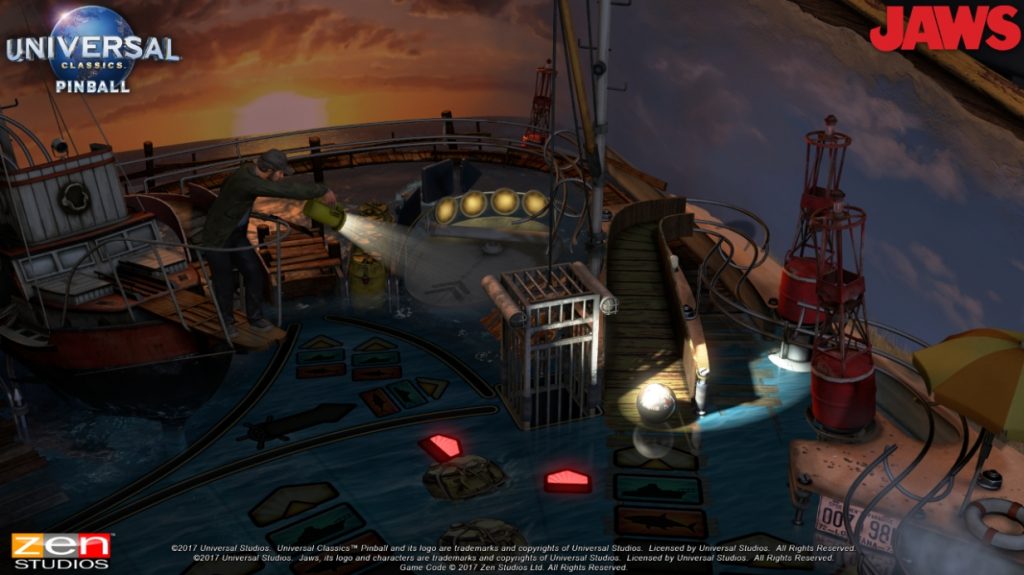 For some reason, the Jaws table feels a bit more slow-paced and not as dynamic as the Back to the Future or E.T. tables, which is weird since you’d think that a pinball table in which a big and menacing white shark is the main villain would be full of adrenaline packed action, but that is not the case. It’s not that this makes it a bad pinball table, it’s just that I was expecting something a little bit different.

The Universal Classics Pinball Pack is another solid pinball pack from Zen Studios that is a great complement for Pinball FX3. Out of the three, Jaws is the weaker one, but it’s still a fun table to play. E.T. is the one that surprised me the most, and Back to the Future is certainly my favorite. 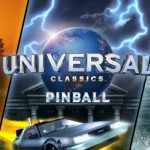 Fun pinball tables based on film classics from Universal

Disclaimer
This Universal Classics Pinball Pack review is based on a Nintendo Switch copy provided by Zen Studios.