Switch ‘N’ Shoot is a minimalist retrotastic pixel arcade-style shooter on Nintendo Switch that is highly addictive and a lot of fun. The game is controlled with only one button which, considering this is a shoot ‘em up, doesn’t sound right. The thing is that every time you shoot, your spaceship will change direction, and this is how you move around the screen, shooting at the aliens that are fast approaching the bottom of the screen where they can do a lot of harm! If they touch you, you’re dead. If they explode after reaching the bottom of the screen and you’re near them, you’re dead. 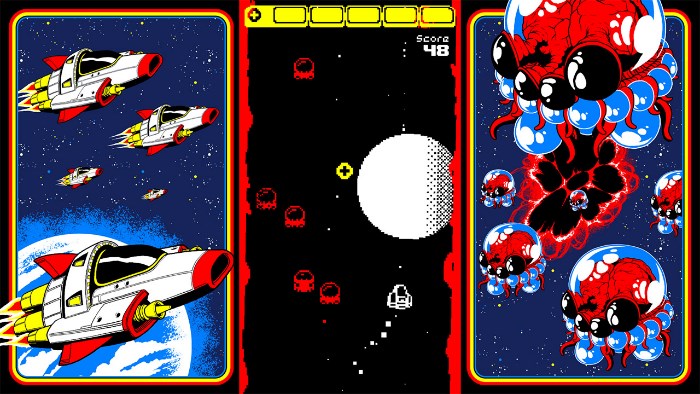 What you need to do to stay alive is make every shot count so that you’re always killing an alien here, there, and everywhere. You will also see yellow power-ups making their way to you, and you need to make sure you grab them since they will greatly increase your firepower and the type of weapon you have available. The twist is that if you miss a power-up, your ship will go down a level. Once you collect five power-ups and fill up the bar at the top of the screen you will enter a dangerous round in which there is fire on the left and right sides of the screen, thusly reducing your playing area while you continue to destroy aliens, waiting for one more yellow power-up so that you can jump in space and make it to the next sector. 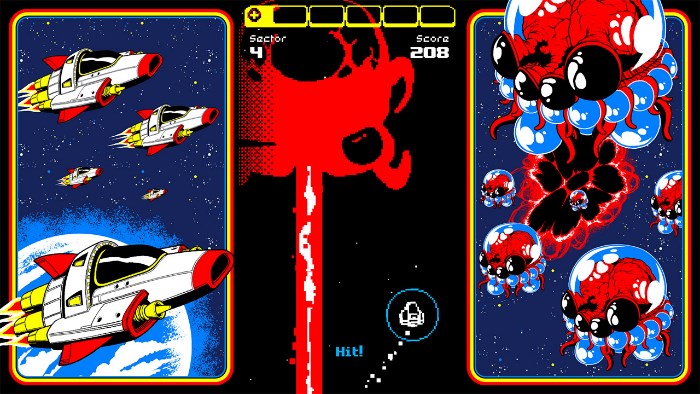 Once you land in the new sector, you will start without any power-ups on your spaceship – since all of that extra energy was used for the hyperjump that took you from sector to the new one – so you’ll need to do it all over again. Since for each sector you can go all the way through the left or right side of the screen and come out on the other side, you can sometimes avoid enemies that are too close for you to shoot at them, and focus on the enemies coming your way down the other half of the screen. 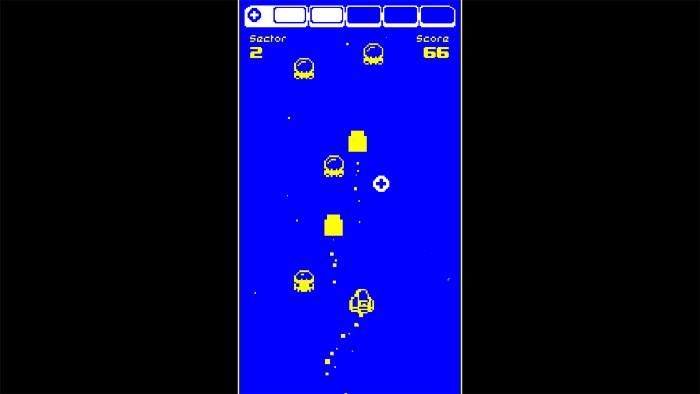 In the options menu you can select to mute the music, increase the volume or mute all sounds, remove the border art if you feel it’s getting in your way, change the color palette used for the different elements in the game, either by painting each individual element by yourself (ship, alien, effects, power-ups, shield and background), or by using the available preset options, change the language, and check your stats (aliens killed, shots missed, times you’ve switched direction, and more). But, to me, the most important option to check out is the TATE mode one, since it allows you to change the screen’s orientation from horizontal to vertical, greatly increasing the playing area, thus allowing you to focus on what is going on as you see larger enemies coming your way, but also larger power-ups. 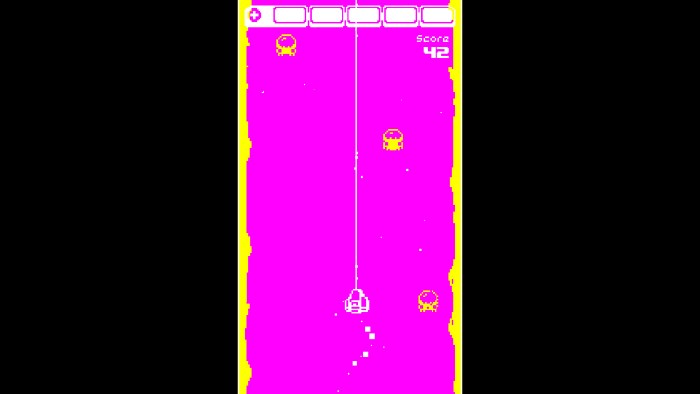 Switch ‘N’ Shoot is a great arcade-style shoot ‘em up on Nintendo Switch that is available an affordable $4.59. The game’s gameplay cycle is very addictive, and while the premise and the gameplay mechanics might at first seem simple, they actually have a lot of depth to them. You should definitely try this one both on your TV and on TATE mode when taking your Nintendo Switch out on Portable mode since it’s a very fun pick-up-and-play type of arcade-style release. 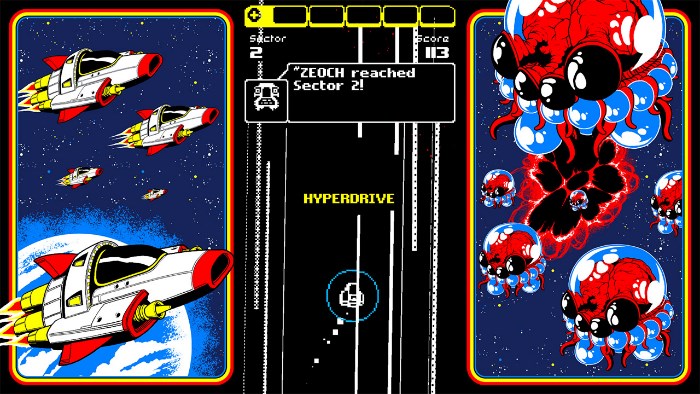 Disclaimer
This Switch ‘N’ Shoot review is based on a Nintendo Switch copy provided by Matt Glanville.

Trüberbrook Out Today On PS4 And Switch