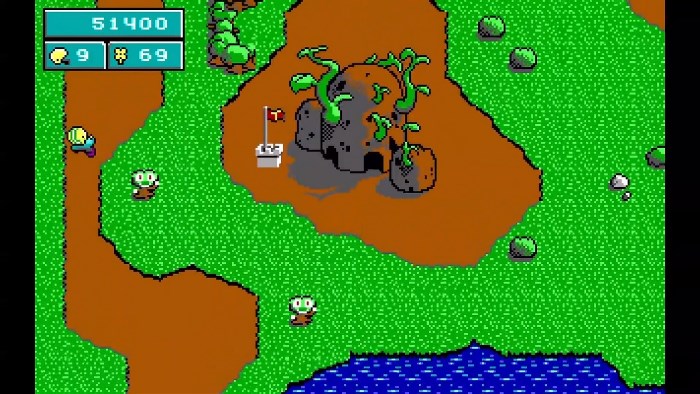 Commander Keen in Keen Dreams is a game that was originally released way back in 1991. It’s a 2D platformer with an art style that will instantly transport you to the age of the late 1980s and early 1990s 2D PC platformer, with a charming look that is as nostalgic as it gets. You will start your adventure on an overhead map from which you’ll get to select the levels you will take on. Other than the starting level during which you will learn all the basics, the rest of the stages in the game can be tackled in any order, giving players some freedom when they play.

As you play each of the game’s stages, you can get points to add to your score by collecting the items just floating around all over the place. You will find things such as candy canes, chocolate bars, and much more. Each item has a different point value, and the ones that give your score the biggest boost are usually a bit out of the way or are surrounded by enemies that can kill you in a single hit. You might also be lucky enough to find an extra life or two, which will greatly help you in your adventure. 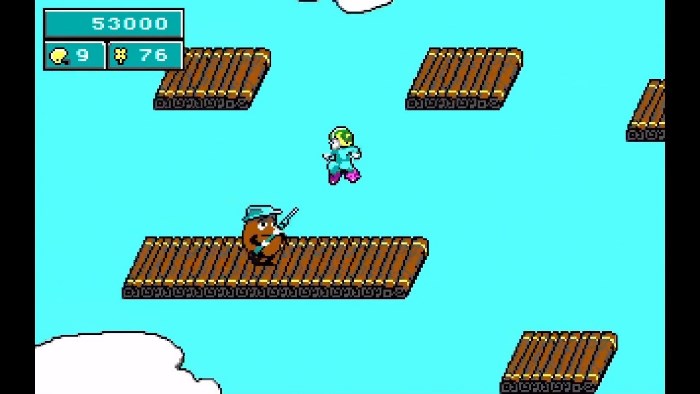 While some of the stages are quite linear, most of them offer more than one route to take, which means you might end up being lost after climbing down to a subterranean area, or not know where you go to next after climbing high into a corner of a stage. There is no map to help guide you to the exit, but this is not a deal-breaker since this means you’ll have to explore every corner of a stage, and that opens the door for you to find some extra collectibles to boost your score so that you can get an extra life.

Along with picking up all the collectibles that give you extra points for your score, you will sometimes also need to search for keys that will open up doors, as well as for special Boobus Bombs that you will need to be able to battle the final boss in the game. If you don’t have enough bombs on you, then you won’t be able to battle King Boobus, so be sure to search all over the place as you go through each level, because sometimes the bombs will be a bit out of the main path, and if you complete the stage you won’t be able to replay it. 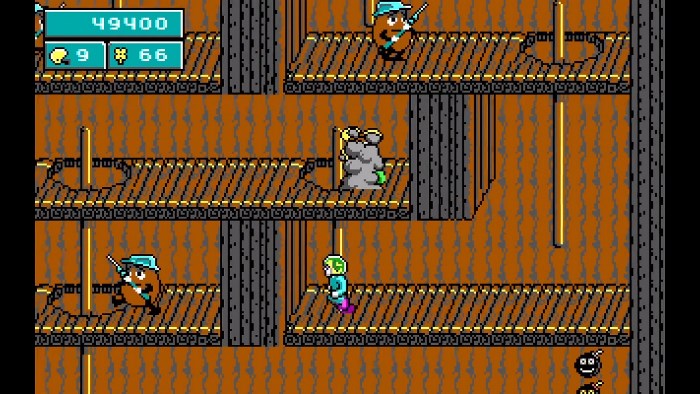 My one complaint about the game and this has more to do with the time in which the game was released, is how you can’t pan the camera a bit around from your current location so that you can see what is waiting for your character above and beyond where you’re standing. This means that some of the jumps will be a bit trickier and a tad “leap of faith,” since you can’t see where you might be landing on, and you might end up dying when jumping up from platform to platform or when climbing to a new area since you might not see that an enemy is making its way to you while you climb. 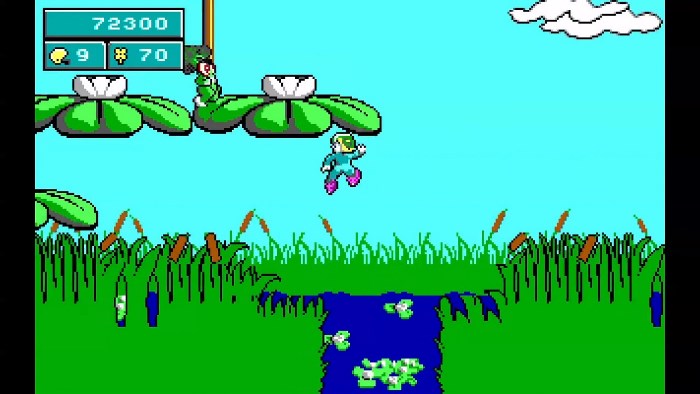 Commander Keen in Keen Dreams is a short old-school game that you can probably complete in around 90 minutes or so if you have experience with 2D action platformers. You can replay the game to try and beat your overall score, finding all collectibles, all Boobus Bombs and rack up as high of a score as you can, or you might want to speedrun the game to see how fast you can complete the whole adventure. The one issue you might have with the game is that you have a set number of lives to start with, and no continue option, so when all lives are gone, you’ll need to start over. But if you’d like to dive into a game from back in the day to see how platformers used to be over 20 years ago, then give this one a go on Nintendo Switch!

Disclaimer
This Commander Keen in Keen Dreams review is based on a Nintendo Switch copy provided by Lone Wolf Technology.

Moero Chronicle Hyper Out On Switch Next Week

Trover Saves The Universe Out Next Month