Apocalipsis Wormwood Edition is a point and click adventure game in which you play as Harry, and the end of the world is close. He travels to a strange land that is haunted and unfriendly in his search to find his lost love Zula. As he progresses through his quest he’ll meet interesting NPCs and creatures from the 15th and 16th centuries, such as Hons Holbein, a renowned artist of that era. The game also includes an episode which was previously out as DLC known as One Night In the Woods, which features Harry’s lost love Zula as the main protagonist. 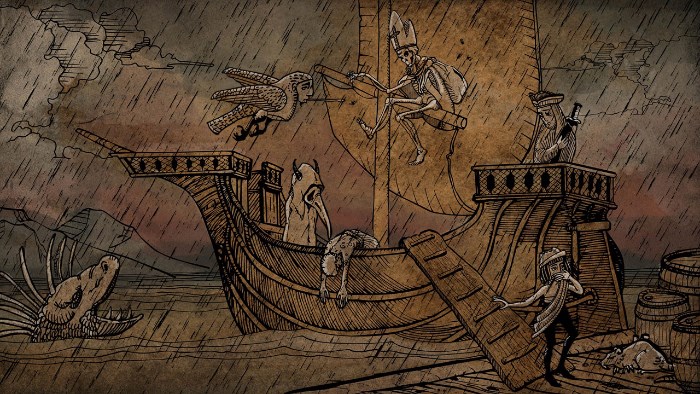 Let’s start with the game’s gorgeous stylized art, because it’s so striking and unlike anything I’ve never seen in all my years of gaming. The visuals yank you out of the modern 21st century visuals you’ve grown used to and take you into a medieval world, with the visuals that are stunning despite their choices of color for the overall aesthetic of the game, with the occasional odd drop of extra color here and there. I am really impressed with how great the visuals look on the Nintendo Switch, giving it this “wood carvings come to life” feel. 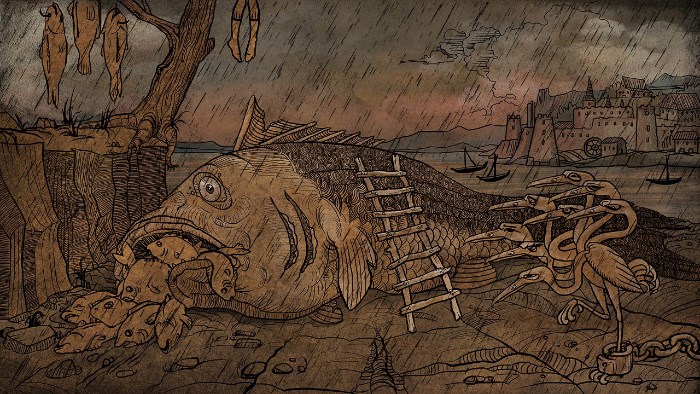 Apocalipsis Wormwood Edition is a game that is packed with puzzles, some more challenging than others, and there are a couple of things I didn’t like, but we will get to that in a moment. Most of the puzzles involve collecting items and applying them somewhere within the same screen, and you are unable to progress without completing the puzzles in the screen you are in. You might walk across the screen, expecting to leave when you get to the edge, but since you’re probably missing one puzzle to solve, you won’t be able to continue to the next area. And since you’re playing in a game that is set in the medieval world, so instead of using the gadgets of modern society, most puzzles will involve the use of crude items of the era – rope and torches, wooden sticks and so on. 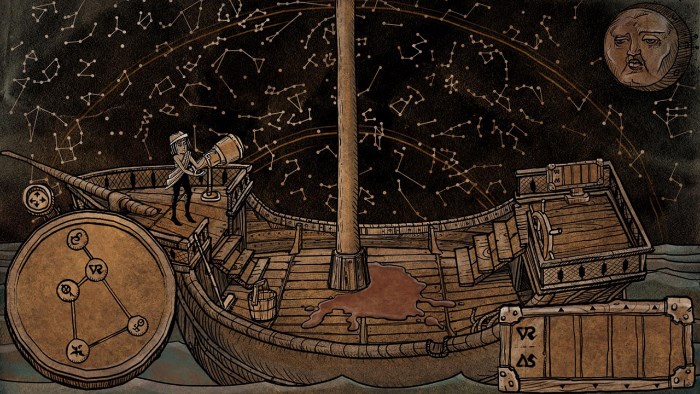 Since the game is a point and click adventure that is heavy on the story, I’ve wanted to keep this review as spoiler free as possible – especially considering the game can be completed in 3-4 hours depending on your experience with point and click adventure games. The era the game is set in, the 15th and 16th centuries, was full of horrors such as the plague which had started long before the Great Fire of London in 1666, and then there’s the great famine, or weird things such as people being accused of witchcraft and burned at the stake for it. That right there definitely helps to set the mood for Apocalipsis, something that is complemented by its art style. 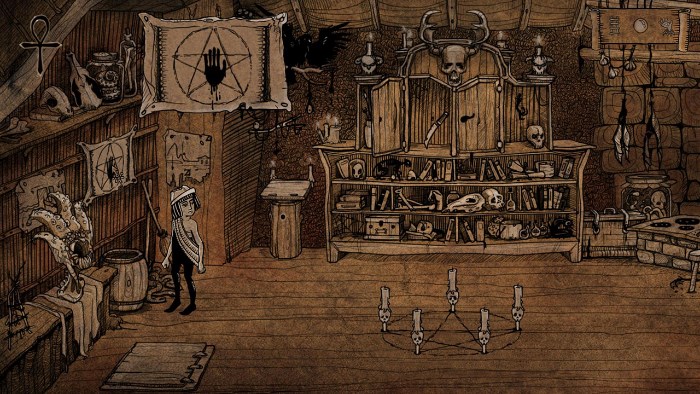 As for the elements of the game I didn’t like, something I do have to remember is that the text is really hard to read while playing, even when taking this one off from Docked mode to play in Portable or Tabletop mode. This means that if you do play the game on your TV, you better plan to sit closer to the screen so that you can read what is going on. Hopefully this is something that the devs can patch in so that players can get the option to alter the size of the text. The other thing was that the game’s controls could use a bit of extra work since the control layout is not ideal. 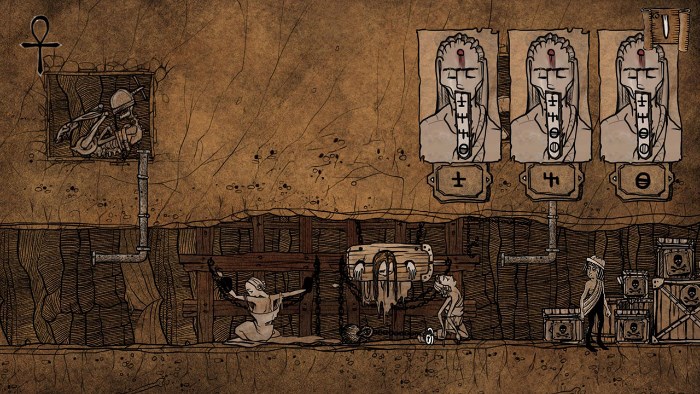 Apocalipsis Wormwood Edition is a fun point and click adventure with a very unique and interesting look and entertaining self-contained puzzles that will keep you busy for a handful of hours with its quirky humor and an art style that will remind you of ancient wood carvings. Go buy it today!

Disclaimer
This Apocalipsis Review is based on a Nintendo Switch copy provided by Klabater.