Mutazione is making its way to PS4, so I got in touch with Die Gute Fabrik to talk a bit about the game’s development. Come check it out!

PS4Blog: Good afternoon! Thank you for joining us at PS4Blog.net. Could you please tell our readers a bit about yourself and your work?

My name’s Hannah Nicklin, and I’m the narrative designer and writer for Mutazione. Though my background was actually in theatre, I spent about five years working as a playwright before completing a Ph.D. in games and theatre and moving into the games industry for the past five years or so. I’ve been working with Die Gute Fabrik on Mutazione for almost three years, but the game itself has a history longer even than the current form of the company!

Die Gute Fabrik in its current form is about eight years old, but the game itself has been in Creative Director Nils Deneken’s imagination for over a decade. Die Gute Fabrik are probably best known for Where is my Heart and Sportsfriends, and are a Danish-based studio full of people from all over the world; Germany, Austria, the UK, Spain, Italy, the USA, and more.


PS4B: Mutazione is making its way to PlayStation 4 later this year. How would you describe the game to someone who’s never heard about it?

We actually did a twitter poll to try and work out how to best try and describe Mutazione, and we’ve settled on describing it as a ‘mutant soap opera’ because the wonderful story world Nils invented is literally set in community of friendly mutants and humans living side-by-side, but also because it takes the soap opera form and gives it a nice twist.

We have this ensemble cast, we take time to develop everyone’s stories (lots of secrets and intrigue), and crucially the game revolves around that idea that rather than there being an ‘enemy’ or ‘bad guy’ – there’s light and dark in everyone, and that’s how communities can lose their balance.

Our influences are pretty wide as a team, Nils is closely influenced by graphic novels, anime like Future Boy Cohen, Doug brings a bit of Twin Peaks to it all, I am a huge fan of the Star Trek ensemble cast format, and there’s definitely an element of full-on drama here. So there are secrets and mysteries and gossip, and a beautiful town and wilderness to run around and explore. But there’s also the musical focus: the gardens. Oscar, our UI master, Nils, and our animators, and Doug and Alessandro, our incredible music team, have worked hard to produce a series of magical musical gardens for the game, in which you’re able to plant to customize BIt’s certainly been a long road for Mutazione. 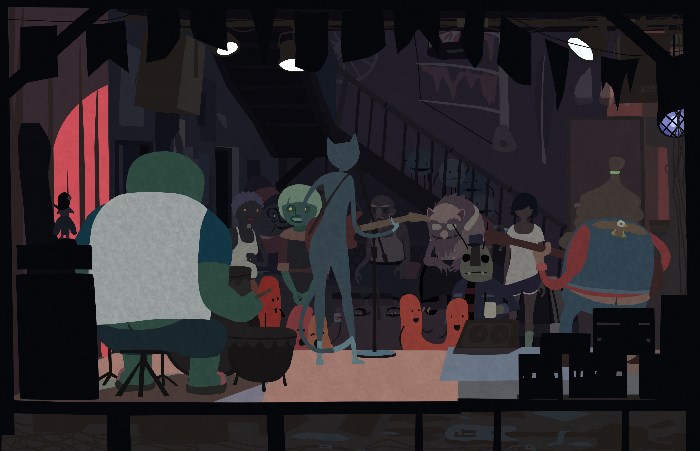 PS4B: It’s certainly been a long road for Mutazione. How much has the game’s design and scope changed over the years?

One of the things I think isn’t talked about often enough (perhaps) with regards to how the industry is funded, is the value of the kind of publisher or platform who will say ‘you need to think bigger’, we were incredibly fortunate with our PlayStation contacts, who, when the game went into full production, encouraged the team to be ambitious in budget and scope about what the game could do. But the process is obviously longer than that.

Nils has countless notebooks filled with sketches of these characters and the landscape they live in going back years, and we’re looking forward to sharing these with people on Twitter as we get closer to launch. Obviously all creative processes are eventually curtailed by the necessity of deadlines, plenty of characters have been cut, areas have been streamlined, and pieces of the backstory left out – but I wouldn’t call this a loss, so much as what you have to do to tell a story well, and in a compelling manner.

We’re always thinking about the player’s possible journeys through each day in the game, how we can structure the space and story so that it can flourish. It’s just like gardening; pruning and weeding. It also means that if people love the world as much as we do, we have a lot more stories to tell, and characters and places to introduce (don’t tell anyone I’m already thinking about the sequel). 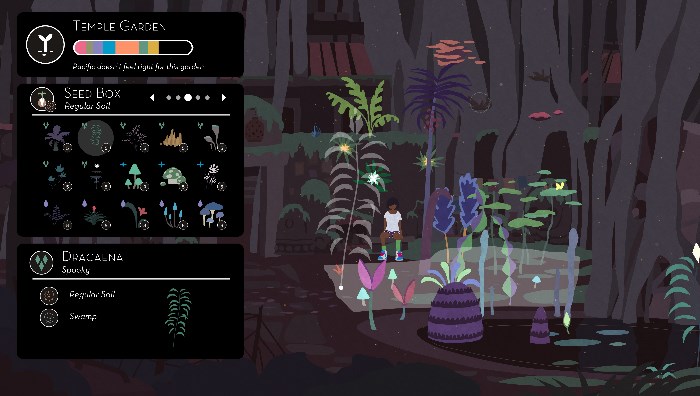 At the moment we don’t want to name a month precisely, because we want to get through a lot of playtesting to get this well balanced and thrilling for players before we put it out, but it will be out before the end of 2019, with an aim of late Q3/early Q4, currently. 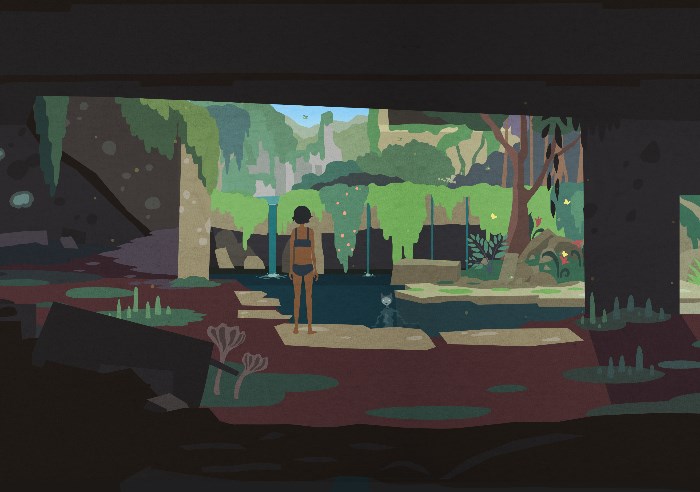 PS4B: Once again, thank you for taking the time to do this interview. Is there something else you’d like to add before we end this one?

Just that we’re thrilled that people are responding so well to the trailer, and we’re delighted to be able to begin to talk about something which has been the product of so much hard work of so many people over the years. Stay tuned, and follow us on Twitter for more sneak peeks into the process as we get closer to launch! 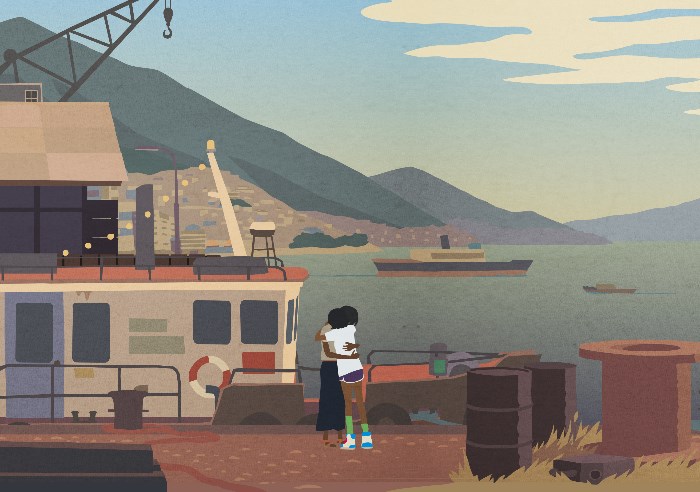