You are the most courageous hero that was ever born! And you never retreat in the face of danger. In what the world has become when evil sorcerers raided your village running away is no option anymore! Engage your enemies and overcome the traps with your strong will and fast reflexes. Yeah, Sire! We know you can stand still to think things through or thrust your shield to block deadly attacks, but you will never step back! Will those magical portals that appeared everywhere help you find your destination?

This is a double review for Peasant Knight. Ceidz and EdEN played the game, and this review presents what they both had to say.

As you can see from the trailer above, Peasant Knight is a fast-paced auto-run side-scrolling platformer.

Peasant Knight’s gameplay is simple and to the point. The character you control will run automatically from one side of the screen to the other, and you can interact with it by pressing left or right on the D-Pad or left analog stick to make him stop, depending on the direction he’s moving in. You can also jump by pressing a button, and that’s pretty much all you’ll need to worry about. The gameplay is so simple that I was actually wondering if I had missed something in the first level since it was literally over in 2 seconds without me having to do anything.

Each level must be completed within its short time limit, which is shown by using a blue meter in the upper center of the screen. When that bar fills up, the Peasant Knight receives a lightning bolt and will (instantly) start the level over. I didn’t pay much attention to it at first, but as the levels started to require more precise platforming, I got to realize that the timings was really aggressive and you don’t have a single quarter of a second to waste! Luckily, each level lasts only a few seconds, so even if you fail you aren’t going lose a lot of progress, which is MILES better than how Awesome Pea handled things, also from Ratalaika, which I reviewed along with Tracey a few weeks ago. All in all, the difficulty increases at a steady pace, so you won’t feel overwhelmed.

The level designs were fun given how the game offers stages that are short and to the point. At no time does the level layout of any stage feel cheap or tricky, so when you end up dying, which you’ll be doing a lot in this game, you will certainly know it was your own fault. Even though the main character only runs from left to right or the other way around, the game also includes some fun boss fights that are refreshing and very creative. On the PlayStation Vita, the game runs well, and the loading isn’t too long. The only issue for this one is that it’s one of those games that does not allow you to check your trophies as you play, but that’s the only thing I ran into.

As Ceidz has mentioned, Peasant Knight is a sidescrolling autorunner in which you control a knight that needs to get from point A to point B as fast as possible before time runs out. To do this, you’ll need to avoid the always classic bottomless pits as well as different hazards in your path that can kill you in a single hit. Luckily, you’ll quickly respawn after you’re killed by one of your mistakes so that you can learn from that and carry on again and again until you can find the right rhythm to complete the stage.
The hazards and dangers you will find include big columns of fire that will burst into scene as you get close to them – and no, you can’t just run past them before they fully activate because they’re way faster than you -, deadly buzzsaws that spin right round like a record, orcs that will run at you to try and rock you like a hurricane, platforms that will soar high as soon as you step on them, moving platforms that will zig when you want to zag, leaving you to fall down to your death – or to lose a second or two to make you end up being fried by a lightning bolt –, or bosses with a unique movement and attack pattern.


The game has 80 levels in total, each one being of the bite-sized variety. Once you get into the groove, you’ll be able to complete level back to back to back in a handful of minutes as you start to get good. But as has been the case for several releases from Ratalaika Games on the PlayStation 4 and the PlayStation Vita, you don’t actually need to complete all levels to get you a new Platinum trophy (or two since the game is a cross-buy release, so one purchase rewards you with both versions).

The trophies are awarded for completing 10, 20 and 30 levels in the game, for using a red, green and a yellow portal in the game, activating your first flame pit thing, dying by buzzsaw, dying by flame pit, dying from falling into a bottomless pit, killing your first orc (hint: it will be by way of fire), defeating the first boss in the game, reaching your first ice level, and for reaching level 47, which features the second boss in Peasant Knight. There are no missable trophies, and all will unlock as you play. Depending on your skill level, getting a new Platinum trophy will take you 20-30 minutes at most, so you can get two Platinum trophies for your collection in less than an hour.

We had fun with Peasant Knight on PlayStation 4 and PlayStation Vita. It’s a simple and to the point 2D sidescrolling platformer with easy to understand gameplay mechanics, fun level layouts and boss battles that mix things up a bit here and there. You will get two Platinum trophies for your purchase if you own a PS4 and a PS Vita, so trophy hunters are going to love this one. You can tell a game is fun when you continue to play it after you get the Platinum trophy, so be sure to buy this one!

Pro-Tip: As you start the game, play up to level 47, which should have netted you every trophy, including the Platinum in the game. You can also follow this Trophy Guide if you want to go quicker:

Disclaimer
This Peasant Knight Review is based on PlayStation 4 and Vita copies provided by Ratalaika Games. 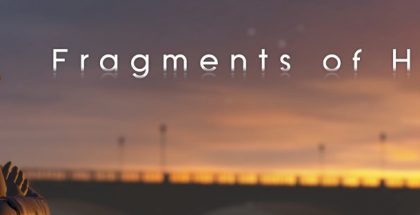 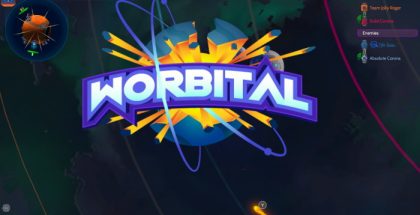