Mobius. An idyllic world that exists for the sake of letting people forget about the pain and problems of reality. In this world created by a sentient Vocaloid program, μ (Mu), reality and fantasy has become blurred, allowing people to relive their high school years in bliss. Yet in this seemingly beautiful and perfect world, something is amiss. Escape from this false paradise with your fellow students and return to reality in The Caligula Effect: Overdose!

The game starts with students in the school gym, then as the main character goes in front to talk to the audience, he notices that some students have a mask and start glitching, and as anyone would do in that situation, the main character is scared and runs away.

After a few moments, we are presented to μ (Mu), which is a character that tells the main character that he is in a place called Mobius, a world separated from reality. The character realizes that something is off in this world and soon meets other people that have also realized the anomalies. Those other characters have founded the Go-Home Club, with their main objective is finding the truth about this world and ultimately escape it. Will they be able? You’ll have to play this game to find out! 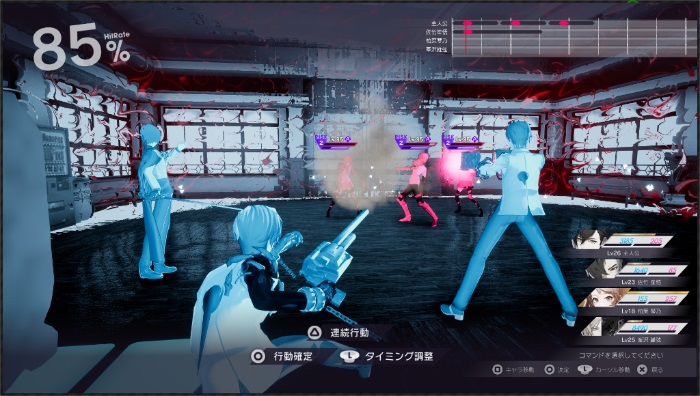 The Go-Home Club members aren’t the only ones in the school as other students who haven’t awoken can lose their mind and become Digiheads – a corrupted version of the student. Fighting them is the only way to help them regain their senses. Speaking of fighting, Aria, a virtuadoll (a fairy), helps the main character and his friends discovering their inner strength, and they awake to their weapons. I haven’t mentioned it yet, but the beginning of the game is heavy on explanations about the game world, awakening attacks, the school, and the Digiheads, so be prepared for it.

The battle system is separated in different phases, where the first one is selecting the action that you’ll use, then you can see a simulation of it that will give you a general idea on how it can play out. I mention “can” because the attack power is randomized so sometimes the simulation won’t be 100% accurate. Once the first action is selected, one or a few more can be chained depending on how much stamina you have left, and that allows you to beat up more than one enemy in a single attack, which was neat. 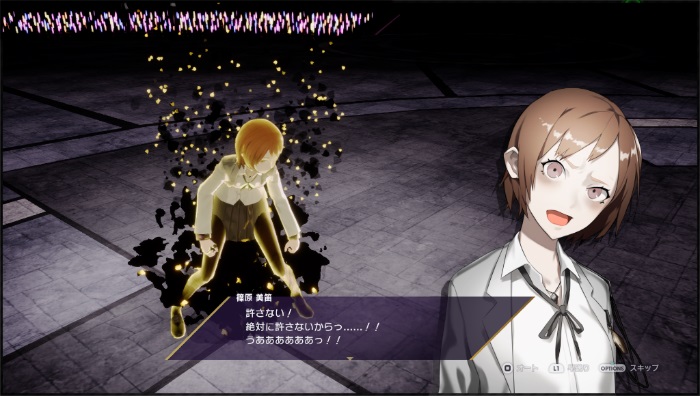 It took me a few moments to get used to the battles because of the simulation, which I often thought in the first hours that it was my actual attack being carried on. Another thing to mention is that an “Overdose” is when a character can unleash a devastating attack, similar to a limit break in Final Fantasy VII.

Once you have more than one playable character, some strategy is needed in the combats since we have to synchronize the actions timings of the characters together, using the timing bar on the upper part of the screen. For instance, if one character launches an enemy in the air and the other one attack is tailored for an airborne enemy, the timings must be adjusted manually, each time. 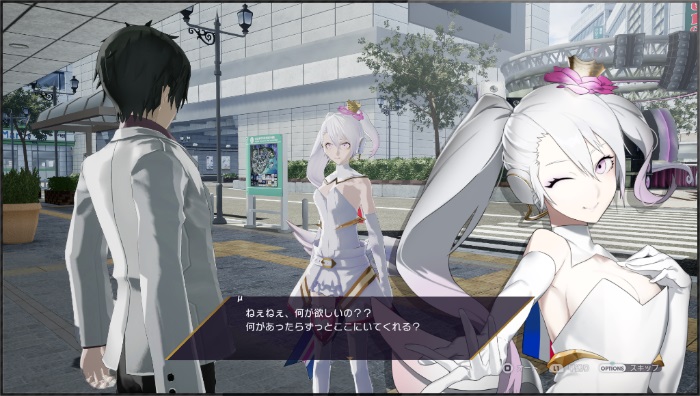 Being honest, I didn’t like the battles of The Caligula Effect: Overdose. The encounter rate is atrocious, and each combat is long, redundant, and you’ll always run off of SP, meaning you have to wait for a full turn in order to replenish enough points to attack. On the long run, it felt boring and overly repetitive.

Outside the battles, we are in the school halls and talk to the different characters from the Go-Home Club, and some students. As you talk to them, you’ll become friends which unlocks Wire for this character – a direct messaging system. I thought the conversations with the other characters were weird because even if you’re the new student and know near to nothing, everyone except you seems clueless and asks you questions like you are the reference, even though most members of the Go-Home Club where there long before you. 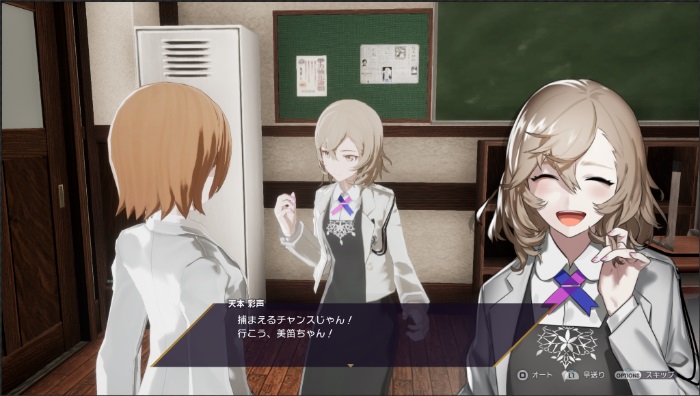 As for the game presentation, this is a Japanese school life game. Graphically, the game is built on the Unreal Engine, which was a great choice, and I loved the different visual effects in battle. I don’t understand Japanese so I can’t judge the voice-overs, but the different fairies had very high pitched voices. Luckily for our understanding, the game is subtitled in English, and there is a lot of text to be read there. The soundtrack is typical to what I’d hear in an anime: Some themes are J-Pop, but they weren’t nearly as good as the amazing ones found in a Persona release. Finally, I’d like to mention that the save points location are unequal. Sometimes they are really far from one another, then after a little while, there are save points in your way every 5 minutes or so.

Final Thoughts
The Caligula Effect: Overdose Review is a game that presents a different school life as the students are trapped in this world. I liked the visual effects and the overall setting of the game but thought that the battle system was tedious because of redundancy, length, and while managing the timings in the attacks of the different characters is a good idea, it didn’t click with me.

Disclaimer
This The Caligula Effect: Overdose review is based on a PlayStation 4 copy provided by NIS America.