Degrees of Separation is an atmospheric 2D puzzle platformer in which dual protagonists Ember and Rime must use their innate powers to manipulate heat and cold individually. Separated, yet drawn to one another by an enigmatic force, Ember and Rime embark on a spectacular journey, relying on their contrasting skills to shift and alter their surroundings.

As Degrees of Separation begins, we see the two main characters in their respective homes. Ember, the girl in red, represents the sun and warmth, while Rime, the guy in blue, represents the frost and coldness. Ember notices that some of the trees in her forest have been taken down by an abnormally strong wind, so she goes out to investigate. On his end, Rime, living in a permanent winter castle, notices that snow is melting, so he goes out to investigate. 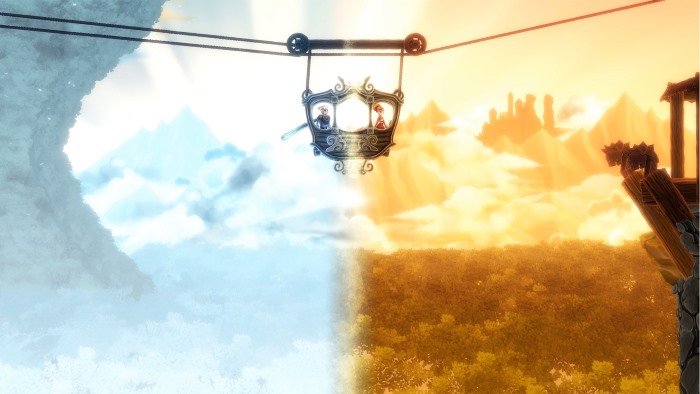 As you can guess, it isn’t long until the two meet up, and this is when you get to control both characters at once. Since they’re both hosts to two very opposite elements (sun and ice), they don’t mix up and, according to the game’s narrator, they bring up their own world with them. For instance, Rime, the ice elemental, freezes water in touch, but Ember thaws this water instantly. This leads to some light puzzle elements where, for instance, a rope is too high for Ember to reach it, so the water must be frozen in order get to it. As you progress through the game, you will realize that the two can’t progress alone since both of their destiny are bound together. You can switch between the two characters by the press of R1 on the controller. 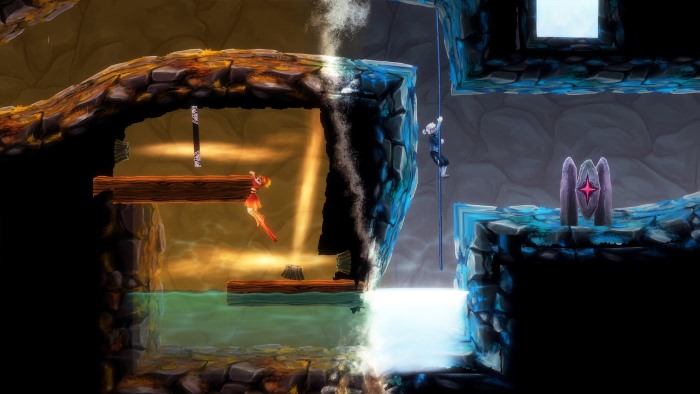 There are a few collectibles in the world of Degrees of Separation, and while they are in plain sight, they are often hard to reach, so you’ll have to figure out how to make Ember and Rime work together to reach said collectibles. 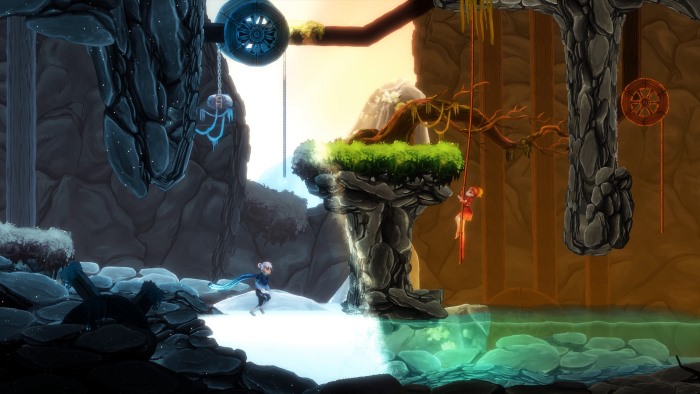 As for the presentation, I was honestly amazed by the art direction. The more I progressed in the game, the more I was impressed by the background instantly changing in real-time from a summer to a winter version as the character move around. The attention to detail is also great as you can even see Rime breathing into the cold air! There is also a good story narration in place, but it’s definitely not the most amazing one I’ve heard. The last thing I want to mention is the game’s piano soundtrack, which was just lovely. 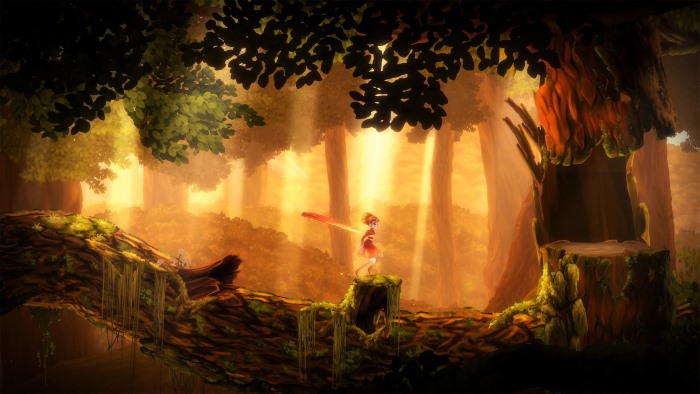 Final Thoughts
Degrees of separation is a great atmospheric puzzle game that is easy to recommend given its amazing art direction and the accessibility of the gameplay. I loved seeing the background changing as I played, and I definitively liked the piano soundtrack. The developer mentioned that online multiplayer would be added in a future patch, so that’s another reason to buy this one!

Disclaimer
This Degrees of Separation review is based on a PlayStation 4 copy provided by Modus Games.

The World Next Door Out Today