[PS4] Attack of the Earthlings Review


In Attack of the Earthlings, greedy humans from the Galactoil company have decided to invade a planet they should have stayed far away from. You play as the Swarmers, the highly dangerous species that inhabit said planet, and who are very much not having any of that. Humans are the bad guys, and as the Swarmers, you are going to show them why they shouldn’t be going out to try and conquer other planets to steal their resources in the first place. 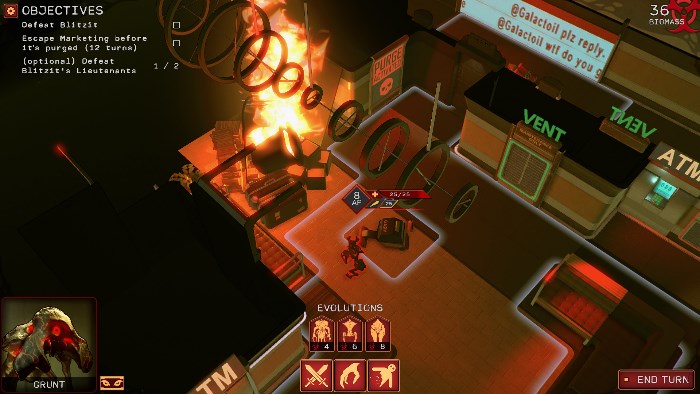 Humans, as it turns out, are also an excellent source of energy, so defeating them will allow you to consume them to turn their bodies into biomass, which can then be used to creating more units for you to unleash. The game will ask if you want to take on the tutorial before diving into the game, and I suggest you do so in order to understand how to control things and what you can and can’t do in this strategy release.

During the tutorial, you will pan the camera around with the left analog stick and can zoom in and zoom out with the L2 and R2 buttons. You will learn that the Matriarch, an insect-like unit with many arms, is the most important unit in your group. If the Matriarch dies, then it is game over, and you will have to start all over. A unit that has been selected can move within the tiles that are highlighted over the playing field. To move you will need to use Action Points (AP), and you can only move as far away as your AP allows you to. Once selected, you move it into position with the left analog stick. Once you run into a human, you can attack it to lower its hit points. 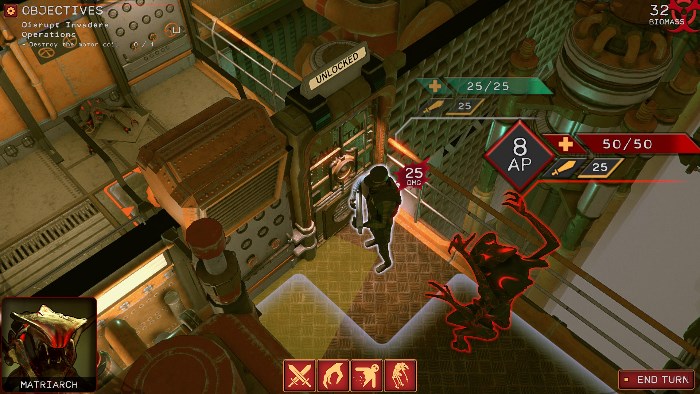 This being a strategy game means you will use Attack Points when taking on enemies, always considering the base damage you can deal so that you can know what you’re actually getting yourself into. Ideally, you want your units to overpower the unit they’re attacking so that you don’t leave yourself open to an attack from the humans. This is why you should be careful of when you attack humans because attacking will create sound, which will alert any nearby humans. If they can’t see the source of the sound, they will investigate. They will also become alert if they see you or if they see the corpse of a human, so you might as well consume the corpse by pressing the Triangle button to open the skill bar and selecting the aptly titled Consume skill, which will require AP.


If you have enough AP left, you can move so that the other humans that have heard the sound you made don’t actually spot you. While hidden, your swarmer will be concealed from human units, which is definitely nice, but this does come with a catch: only one of your swarmer can be hidden at any given time! Since most of the time humans are armed and dangerous, you must always plan for the worst case scenario. Having a unit activate Overwatch surveillance can help you gain the upper hand by having it attack the first unit that walks within its range. 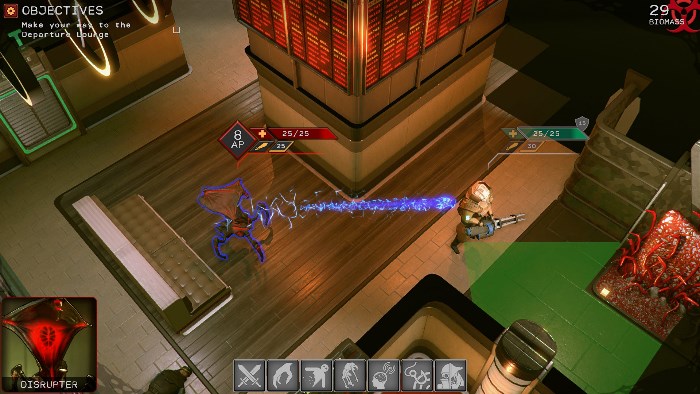 Once you have some handy biomass, you can start to spawn some new units to aid in your cause. Only the Matriarch can spawn new units, which is why, once again, it’s the most important unit in your group. Each unit type will have a different biomass cost for you to create it, so you will need to keep this in mind since sometimes you will need many grunts (the cheapest units in the game) to get the job done, instead of stocking biomass to spawn a unit that might be more powerful, but that can easily be defeated due to the number of human units in the area. Groups of humans are a dangerous threat to your swarmer, but luckily you can take on multiple enemies at once by activating the group attack ability, to maximize your odds of survival.

You will work your way from the bottom to the top of the corporation, eliminating all humans in your path until you can make it to the board room. For every mission, you complete you will have a base score to be awarded and can receive a bonus for the number of units you’ve killed, as well as for any sub-objective there might be. You will lose points for any swarmer that is killed in action, as well as being penalized for not completing a mission under par turns for it. The final number is the Mutagen you will be awarded. 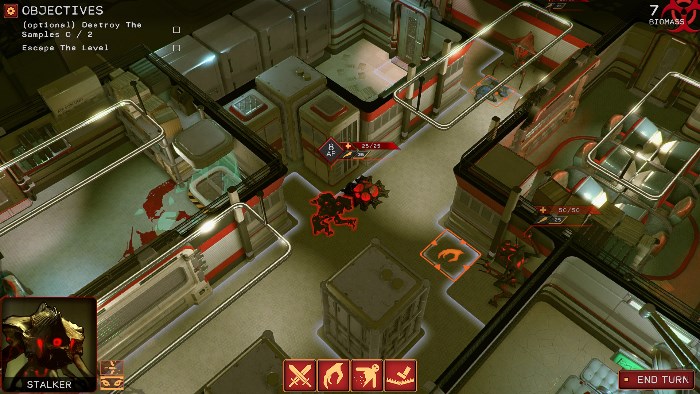 Mutagen can be used to purchase additional abilities and upgrades for your units, making them deadlier and more powerful. Each node is an upgraded that relates to a specific unit, and you’ll get to boost their stats or add new skills as you unlock new nodes. The good news is that you can easily respec at any time by selecting a node again to deactivate it, sending the Mutagen it cost back into the main pool. The first thing you can unlock is Assimilate, which will convert a calm civilian into a mind-controlled drone which can go undetected by other humans who will treat it as a friendly unit. After that, you’ll amass more Mutagen to unlock each of the nodes for your units so that you can unlock their full potential. 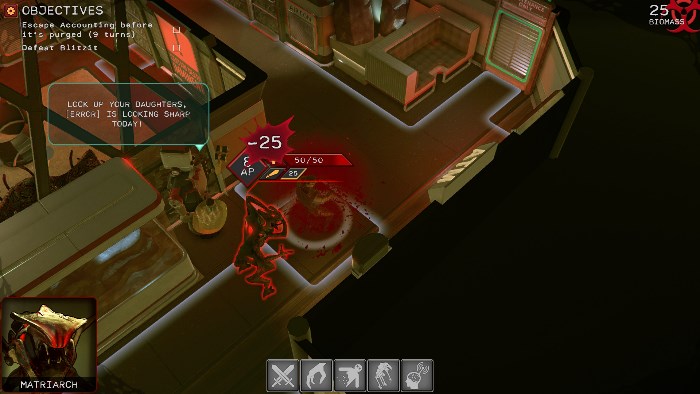 Attack of the Earthlings is a turn-based strategy release that is fun to play on PlayStation 4. The gameplay mechanics are easy to understand, and being able to take your time as you learn the ins and outs of each mission is definitely a big plus. The variety in units might not feel that good, but the way you can respec units and use your Mutagen to unlock different skill combinations for your group will give you a lot of variety to play around with. I definitely recommend that you get Attack of the Earthlings on PlayStation 4! 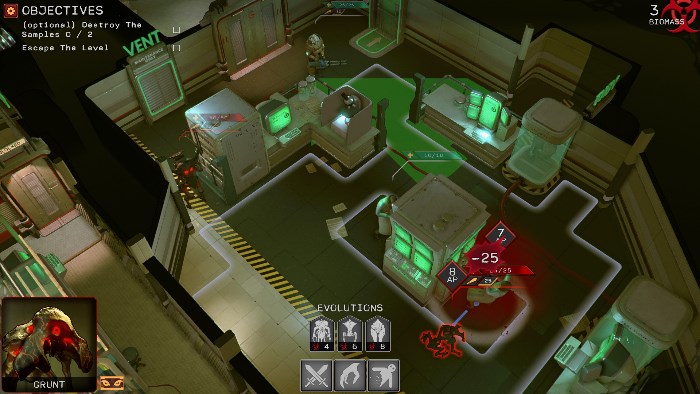 Disclaimer
This Attack of the Earthlings review is based on a PlayStation 4 copy provided by Wales Interactive.

Baba Is You Hits Nintendo Switch Next Week