Pode is a charming puzzle game with a fallen star that wants to find her way back home and a rock that wants to help her. Learn more in our Pode review!

The game starts with a brief yet beautiful cutscene where you see Glo, the star, fall to the ground while traveling with other stars. A rock then comes by, and through some gestures, they both agree to climb to the top of a mountain to get Glo back to the sky. From there, you’re taken to the first level of the game, that serves as a tutorial to learn the basic abilities of Glo and Bulder. Glo being the star, its main ability is to create a shining radius that will affect the living environment. For example, in the early levels, it can make some trees grow out of the earth, with eventual leaves and branches to jump on to reach higher places, or a bit later make some ice melt. Bulder, on the other hand, is a magnetic rock, so its radius will make some rocks stick out of the earth, again allowing you to reach higher places. 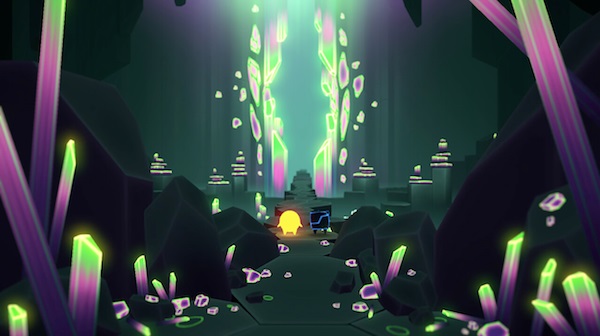 At any given time, if you’re playing solo, you can swap between the characters by pressing the Triangle button. All the levels will require interactions from both, so you’ll have to watch your environment for spots where they can do their thing. Some of those interactions will require you to be quick with your actions so that both characters can carry on with their quest. You’ll also have the possibility of having a partner join you for some couch coop puzzle solving, which is definitely a great option! It’s just a matter of starting the game and having the second player join in, and you’ll each control one of the characters. Considering movement is a bit slow when going through levels, having a partner that can go solve part of the puzzle instead of moving to move both characters on your own will make the game a bit more fun.


Once you’ve completed the tutorial level, you’re taken inside the mountain they want to climb, which will serve as a hub world to allow you to travel to one of the eight zones the game has, with only two available at a time. Each of those zones will have six levels that you have to get through, and each of them will contain some collectibles for you to find, which can be either fireflies or murals. Fireflies are found by making some magnetic rocks grow to make some flower-looking rock appear, which you have to blast close to it to make it open. Murals, on the other hand, are found on walls, and it’s the star’s light that will reveal them. 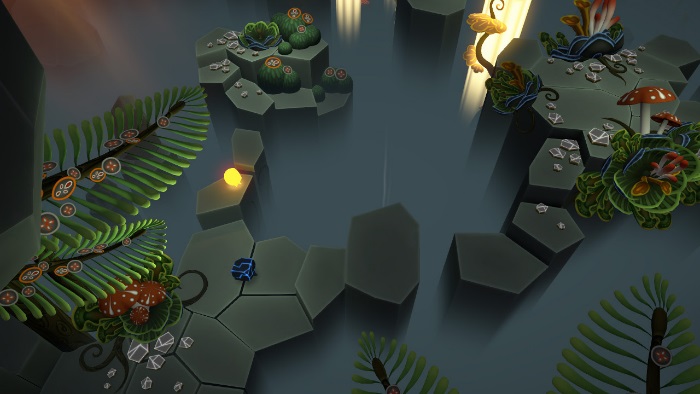 If beautiful and charming is your thing when playing games, then look no further than this one to feast your eyes upon some gorgeous art! While the levels generally start pretty bland, as you make the rocks and plants grow it all becomes packed with colors and life, with a few touches of light here and there that end up giving you a visually pleasing game. I did notice some slowdown and lag while playing though, that sometimes ended up making me miss a jump. While it’s not a critical issue per se, it did become annoying since it was on the majority of the levels. With the movement speed of your characters that leans more towards slow than fast, having to start a section over again because of this could become frustrating as you progress through the game.

Apart from that little lag issue, I’ve had a lot of fun with the game. Puzzles are mostly straightforward and just require you to pay attention to what’s in the level, but every now and then the game threw something more challenging my way, requiring a bit more thinking on my part. Pode also does a really nice job of gradually introducing the additional mechanics in the game so you’re never overwhelmed by all you can do with Glo and Bulder. 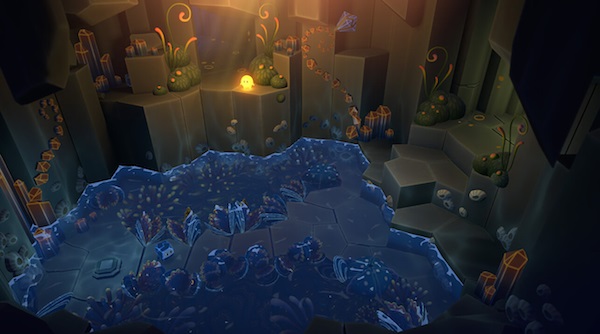 The other thing I have to mention about the game is its length, or actually, it’s length vs. its price tag. Getting through all the levels in the game should take you between 5 to 6 hours, which isn’t a bad thing for a puzzle game, since this way it doesn’t overstay its welcome. But Pode is out for $24.99, so you do need to keep this in mind before you dive into this great looking and fun release.


As for the trophies, the game, unfortunately, doesn’t have a Platinum trophy, but the list of trophies includes completing the game and finding all the fireflies and murals there are in the game, so they unlock naturally for you as you play. And if you miss something, you can always go back to previous levels to complete the pending objectives 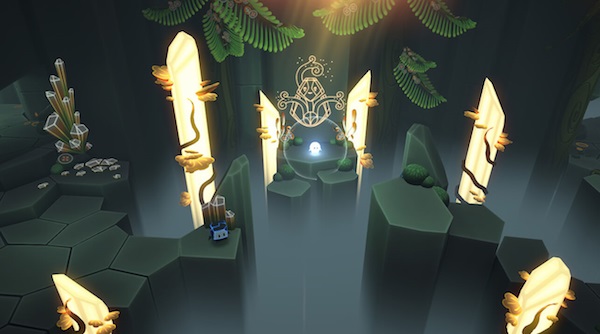 Final Thoughts
Developer Henchman & Goon has created a really fun and beautiful puzzle game with Pode. It has stunning visuals, a great soundtrack, and mostly the possibility of playing the game with a partner for a much more fun experience. If you don’t mind the $24.99 price tag, then dive into this one on PlayStation 4 today!

Disclaimer
This Pode Review is based on a PlayStation 4 copy provided by Henchman & Goon.