The long-awaited new installment of the Team Ninja’s top-class fighting game series DEAD OR ALIVE!
With the addition of brand-new stages and characters, DEAD OR ALIVE 6 embodies and illustrates the evolution of true fighting entertainment!

The DEAD OR ALIVE series has always felt in a weird place. I remember putting a considerable amount of time into DOA 2 on my Dreamcast back in the day, but for the 3rd and 4th entries, they went Xbox exclusive, meaning I didn’t get a chance to play them. There were also some spin-off Volleyball games as well, taking the series away from its roots. DOA 5 went multiplatform again even with a Vita entry, so I was able to jump into the series again. When I heard DOA 6 was coming, I got really excited.

I was curious about jumping into the fighting system again as it had been quite a while since I had played a DOA game. You have four face buttons including punch, kick, Throw and Hold. It took a bit of getting used to but once I was playing it felt really good. The game adopts a rock, paper, scissors mentality when playing, where strikes beat throws, holds beat strikes, and throws beat holds. It really makes you think what to expect from your opponents as you play. 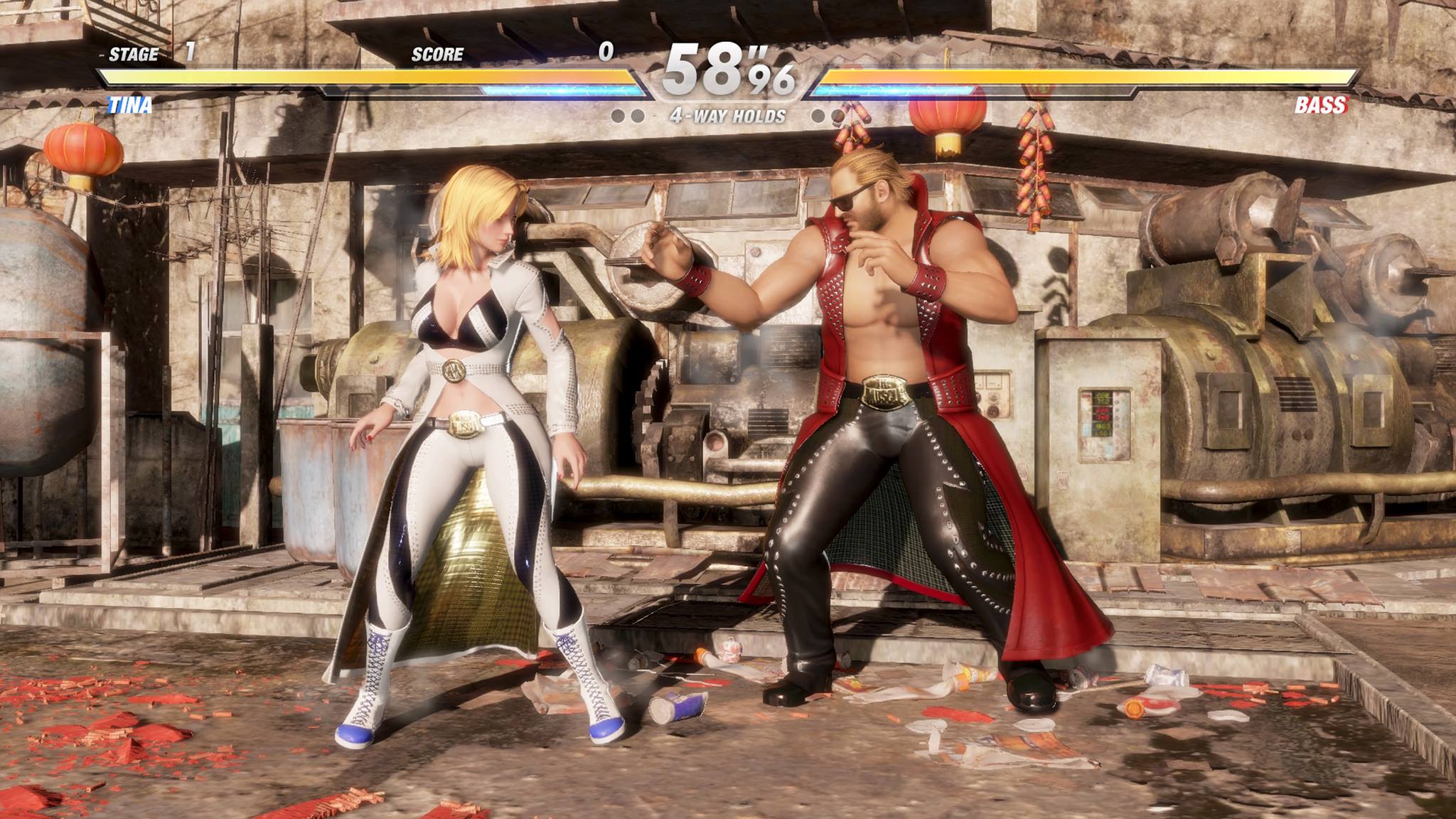 There’s also a new addition of a two-phase meter bar allowing Fatal Rush and Fatal Reversal. Fatal Rush is activated with the Special button being hit multiple times to land a combo with a big finish on top of it all, and if you press forward and Special you go right to the ending move of the combo. Fatal Reversal let you get out of combos and change the tide of battles, which is definitely a great new addition to the series. As I jumped into the game, I had a bunch of gameplay options to take on, including Story Mode, DOA Quest, and your standard Modes including VS., Arcade, Time Attack, and Survival.

I’m a sucker for story, so I was curious to see what the game had in store for me. The story mode is broken into a grid with characters along the top and chapters going vertically. The main story of the game features the ninja characters Hayate, Ayane, and Kasumi and their battles against the evil M.I.S.T., and it all centers around the new DEAD OR ALIVE Tournament in the game – this will be the bulk of the campaign. As you progress through it, you will unlock scenes from other characters, mostly involving there prep and competition for the DOA 6 Tournament. Other characters will generally range from 1-3 scenes in the story mode. It wasn’t bad, but it felt disjointed. Obviously, the focus was on the ninjas’ story, but most of the other characters felt like an afterthought. I would have loved to see it expanded some more! I was also surprised that there was no bonus for completing it – no costumes or even the ping of a new trophy for my collection! DOA Quest is where you will want to spend the majority of your time if you want to unlock costumes. It has over 100 challenges with different goals to complete. The challenges are varied since at some point you might be asked to deal a certain amount of damage in a combo or to clear a battle in a specific time. For each goal, you will receive a star, which will help unlock more challenges, and if you get all three stars, you will unlock costumes pieces for a random costume on a random character. What I really liked about the mode was when you were having an issue completing a star, it would take you to one of the tutorials in the game, showing you what needs to be done. It’s a great way to jump in without having to complete the really detailed tutorials, getting some help along the way as you need it.

Arcade, Time Attack, and Survival all act just like you would expect them to perform on a fighting game. You can also change the difficulty to give you a bigger challenge in the game. There is also an online match mode putting you against someone online around a similar skill level to you based on your rank. For an online mode, it seems pretty barebones, so hopefully, it adds more than a simple ranked match with future updates. I talked earlier about earning costumes. I did not love this system as it reminds me of loot boxes to a point. Each costume has so many pieces of it that need to be earned. There can be 100-1000 pieces per costume and with characters have 10 or more costumes per character and every time you earn pieces towards them they will be randomly distributed. It means unlocking costumes is a slow, laborious process that will probably not yield the results you want. Very frustrating. I would have loved to see more unlocks for completing different modes in the game or have it based on milestones.

I was disappointed to see two characters hidden behind a paywall, one for preordering and one for the deluxe edition. They are on your character select screen making me think they were unlockable, but they were not. The game also has a season pass featuring some new characters and scores of new costumes for the first season, it is priced higher than the game overall. This is for the hardcore fans, and you can probably expect something similar in the following seasons. 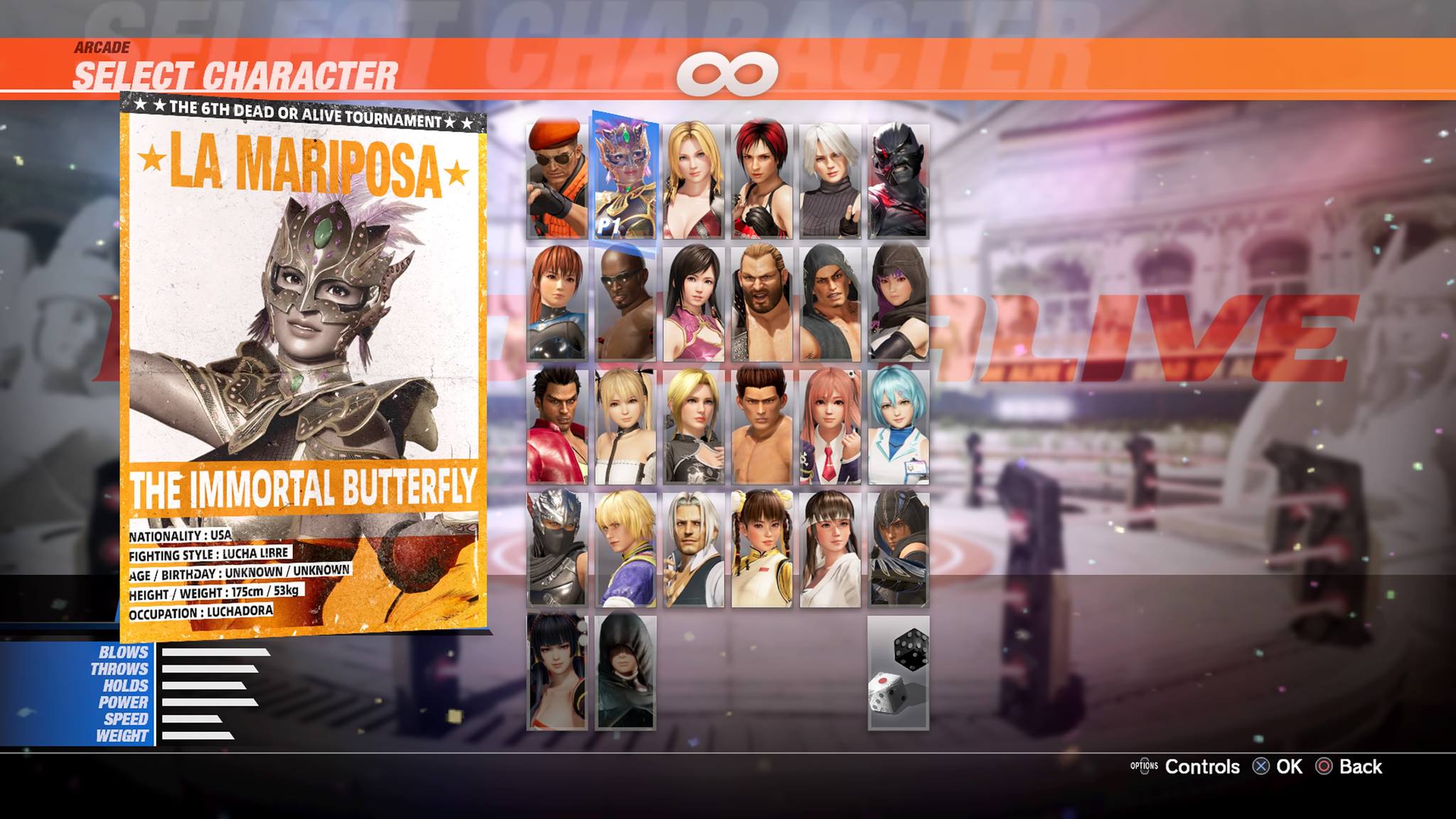 The game is gorgeous. I am playing it on my PlayStation 4 Oro and opted to prioritize graphics over action. The faces look amazing in the game, animating very well as they shine full of emotion, and the combat shows no signs of slowing down during the fast and frantic gameplay. The levels are really cool as well, having multiple points of interaction, including explosive barrels, cars, giant squids, a T-Rex and more. You can also knock people over barriers, through floors, over cliffs and more. It feels very dynamic when playing! DEAD OR ALIVE 6 is a great addition to the series giving us a really fun game to play. The DOA Quest mode is great as it teaches you some techniques you may not be aware of. That being said, the story mode felt disjointed, not focusing on most of the characters for long enough, and the online mode feels barely there – unlocking costumes doesn’t feel great at all giving us this grindy feel. Despite these flaws the game is still fun to play and worth checking out.

Disclaimer
This DEAD OR ALIVE 6 review is based on a PlayStation 4 copy provided by KOEI TECMO America.