In this cyberpunk future, Supercontinent Ltd sets out to release Social Psyche Welfare. What is Social Psyche Welfare you ask? It’s a system that will be tasked with eliminating depression, fear, and anger in all of society. Seems too good to be true, right? Well, two, in particular, Donovan, a bartender at The Red Strings Club and Brandeis, a hacker, smell something fishy in this scenario and set out to stop Supercontinent Ltd before it is too late and society at large ends up nothing more than a brainwashed mass of individuals.

Part adventure game and part bartending simulator, The Red Strings Club is a weird mix that just works. Over the course of this 4-5 hours experience, you will talk to the characters that walk into the doors of the club, finding the right mix for each customer. This is very important since the drinks you make will be created to change a customer’s mood, manipulating their emotions ever so slightly to be able to obtain valuable information that will allow you to find out a way to stop Supercontinent Ltd so that Social Psyche Welfare does not end up affecting everyone. 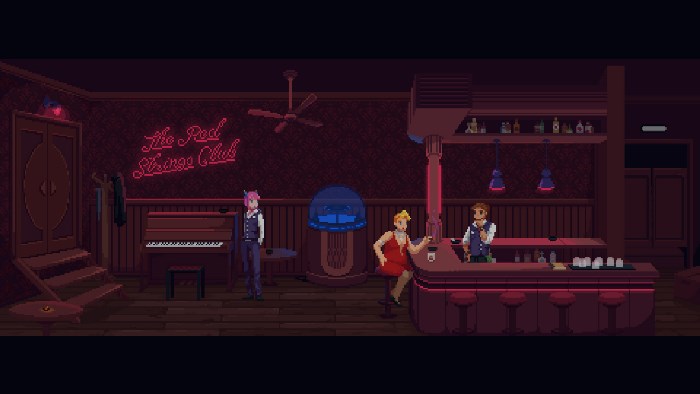 You will grab a bottle either by pressing and holding down the A button when playing in Docked, Handheld or Portable mode or by using the touchscreen of the Nintendo Switch in the last two modes. You will have a red cursor that will dictate which bottle you are going to grab, as well as what soul node you’re going to interact with when a customer sits at the bar so that you can obtain more information. You can check the notebook on the right side of the screen to review the facts and intel you’ve collected, as well as to review the recipes for the drinks you will be mixing. 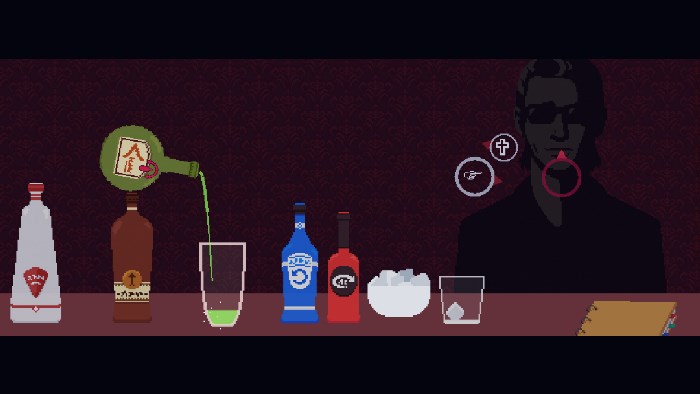 After an Akara droid walks into the bar, stumbling down the steps like a drunk kid who’s had one too many underage drinks, Donovan and Brandeis decide to dig deeper and see what is going on. Since it seems the Akara 184 model android is still not out in the open and is only being used internally at Supercontinent Ltd, perhaps it will be the key that opens the road towards salvation for the pair – and for the rest of the individuals who have not realized the world of trouble they’ll get into if the corporation wins.

Once Brandeis hacks into the android’s system, you’ll be treated to a short but proper point and click adventure game scenario in which you point and, yes, you click around to learn more about the items you can interact with. For this particular scenario, the items include a large set of doors on the left that is described as leading to the operating theater where the android was to interact with clients and install the upgrades they needed. There’s also a pottery disk in which limbs and organs are to be hand-crafted for clients. There’s also access to an official H+CORPS Transhumanist Wiki, with valuable information that can help dictate your actions. Once you’ve interacted with everything, you’ll be asked if you are ready to take on some clients. 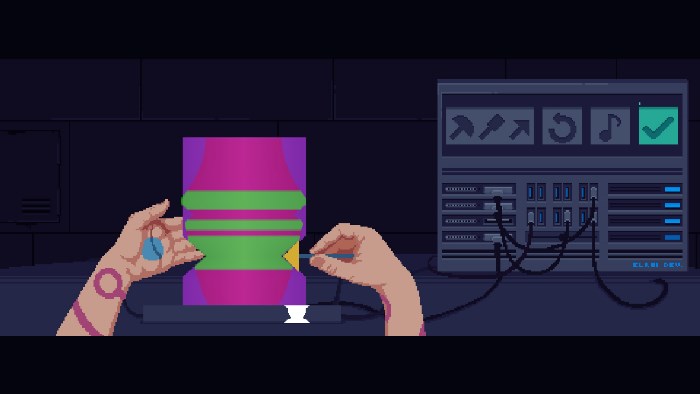 Say you receive a cosplayer as a client. What do you think a cosplayer might be struggling with? If you said its follower count, then you are correct! If only there was a piece you could craft to increase an individual’s online social network charisma, then creating that part and installing it might be exactly what is needed, correct? Or maybe you need to be a bit more cynical about it and install a piece that will shut down that person’s social conscience cold turkey and see how it plays out?

Once you’ve selected a design for the job, you’ll be able to use a lathe by spinning it around with the A button to turn the piece before you into the design you’ve set as a template, so that you can please your client and install the perfect upgrade to boost past the current situation. Selecting the right tool for each part of the job is a must since the different shapes of the tools will dictate how it interacts with the piece. If you mess things up, you’ll be able to rewind your actions so that you can have another go, so do be careful with how you handle things, but don’t overstress if you don’t get it just right the first time. 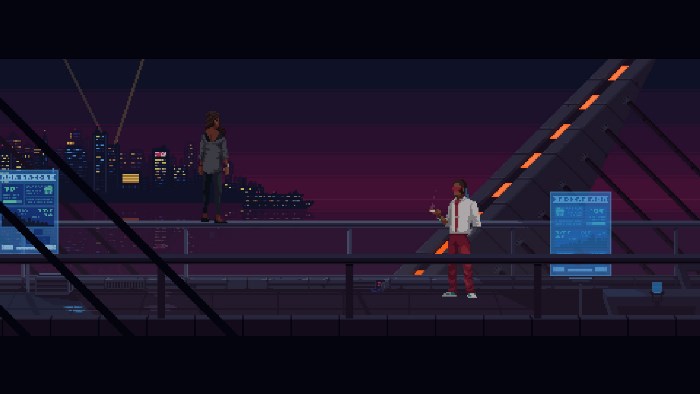 After the aforementioned sequences, The Red Strings Club will get into its gameplay groove, with Donovan taking care of customers as Akara comments on them here and there, since she knows these individuals from the whole implants thing. From this point on you’ll need to ask the right questions and pour the right drinks to collect as much information as possible to make your plan to take down the Social Psyche Welfare from Supercontinent Ltd work. Something else I’ve noticed is that you also need to ask things in a specific order to get some extra information out of people, which you’ll probably notice after you do a new run of the game.

The Red Strings Club is an excellent adventure game on Nintendo Switch that you have to play today. It’s always hard to review adventure games while making sure the experience is not spoiled for others, so I will end by saying that the game’s setup, the mix of gameplay mechanics, and the intriguing story it presents makes this a very interesting and short game that is a must-buy for Nintendo Switch owners. It’s only $14.99, and I highly recommend it! 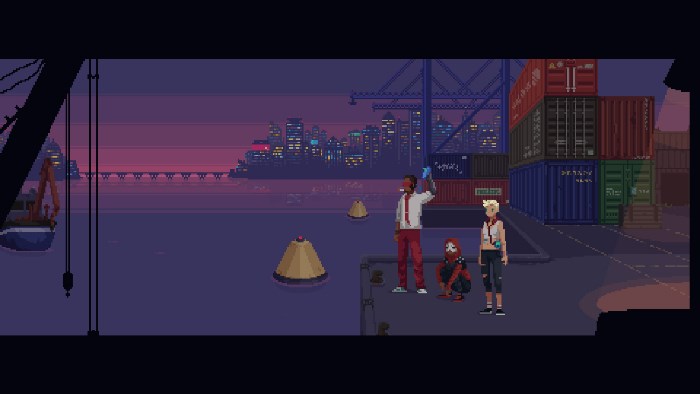 Disclaimer
This Red String Club review is based on a Nintendo Switch copy provided by Devolver Digital.