Polygod from Krafted Games is a roguelike single-player FPS on Nintendo Switch. Learn more about this challenging game in our Polygod review!


Due to its roguelike nature, you can start playing in a randomized seed, take on some of the seeds you have saved, or take on the daily seed provided by the game. Every seed you take on will be different from the ones before, but one thing they’ll all have in common is that they’ll provide you with a considerable challenge as you’re thrown into the action without any sort of tutorial that could show you the basics so that you could know what to expect from this release. 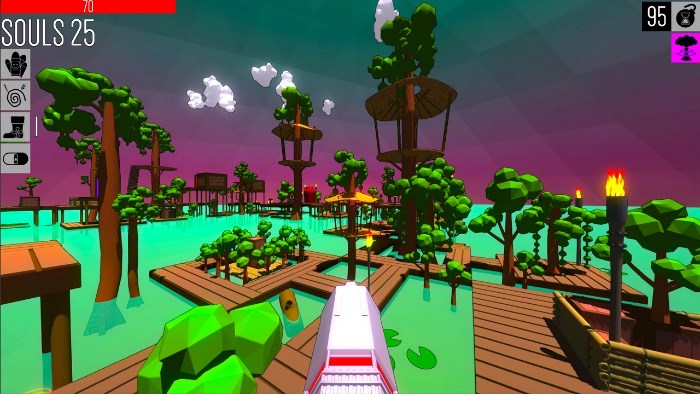 The basic rule is that you should always be on the move so that enemies can’t target and shoot at you so easily all while you shoot back at them so that you can collect their souls. Souls will act as the in-game currency, and you’ll get to use them to obtain favors from the altars you find in each area. You could, for example, gain Divine Intervention in exchange for 30 souls, which will allow you to choose any blessing from the gods, or Power Swop for 20 souls so that you can exchange one of your blessings for a new one, or Indomitable Will which increases the damage and fire rate of your attacks based on how much health you’re missing. These are only some examples of what you can get from your souls, so be sure to collect as many as you can! 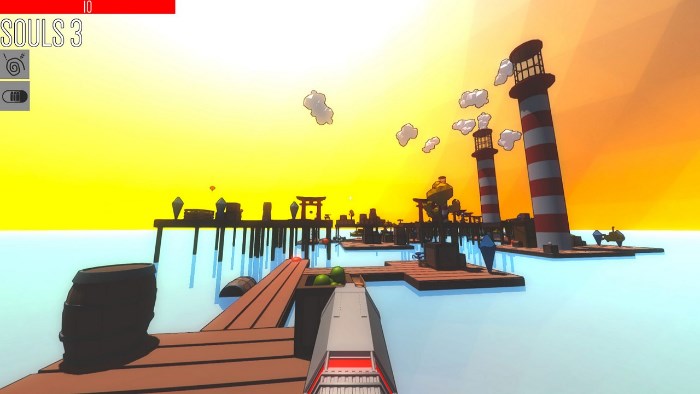 You should always attack enemies from as far away as you possibly can, and as soon as you see them. If you are spotted by a couple of enemies, you can be dead in a couple of seconds. Enemies deal considerable damage, and since some of them send multiple shots your ways, at angles, while other enemies fire at you from a higher location, all while a fast-moving enemy rushes to you in a kamikaze run, well, you can see how things can end up badly for you if you’re not careful. Jumping is a good option for avoiding some of your enemies’ attacks, but it can usually lead to other enemies at a higher level spotting you, and that’s a big no-no. 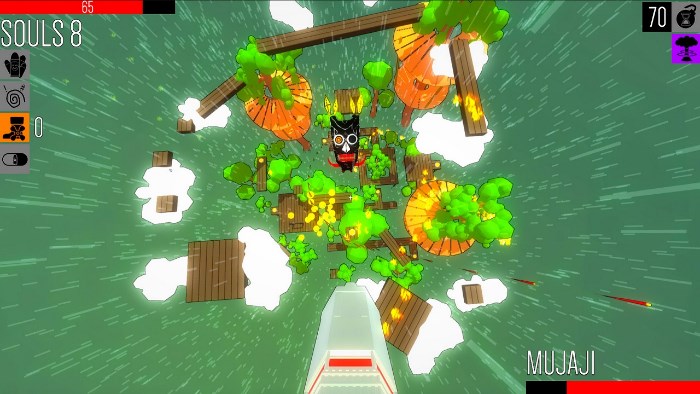 Some of the enemies you defeat will drop a health power-up that will restore some of your health, and the good thing is that you can actually use these to boost your health past the initial health bar you get with your character. If you’re lucky and get several stationary enemies or some slower-moving enemies in one seed, then you might be able to collect enough health power-ups to have a chance of defeating the boss that is waiting for you at the end of the randomly generated realm you’re playing. 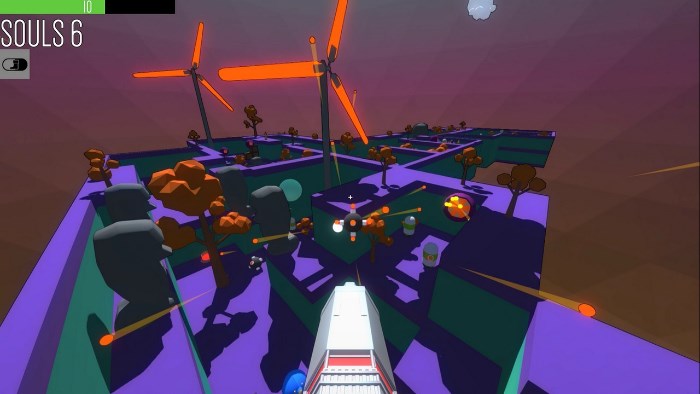 Polygod is a game that is certainly not going to be for everyone out there. It’s a roguelike, which some people don’t like to play at all, and it’s also a first-person shooter which a high difficulty curve, so it has those two going up against it. But if you can give the game a chance you are going to find a game on Nintendo Switch that offers an unlimited amount of content to play, and a high challenge that will teach you how to get better as you learn from your mistakes. Are you up for it? 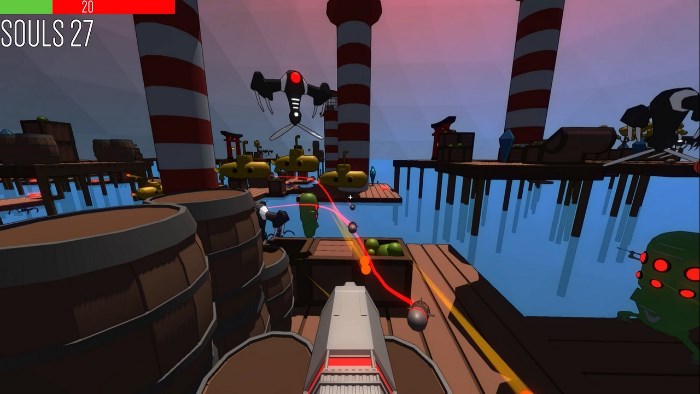 Disclaimer
This Polygod review is based on a Nintendo Switch copy provided by Krafted Games.

R.B.I. Baseball 19 Out Today On PS4 and Nintendo Switch