A dishonest organization known as (A.M.E.) has set out to monopolize the video game industry to control the minds of gamers. Because of this, devs and distributors must decide to either join them or be left behind. Without much freedom for creating new products, only a few indie devs remain as the resistance. It is then that a new hero rises to save the day: Leopoldo Manquiseil. 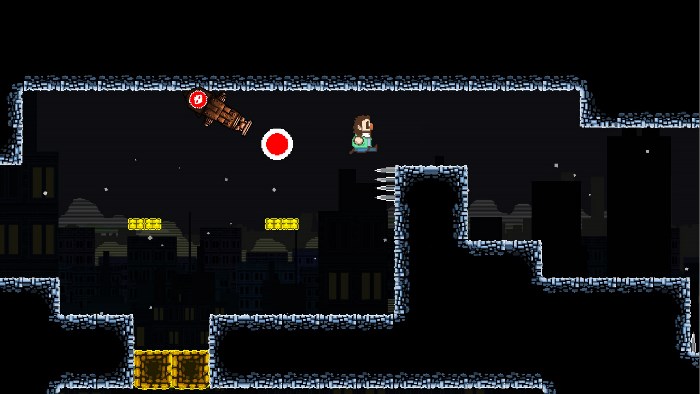 Leopoldo Manquiseil works at BadLand Games, and one day he suffers a bizarre accident when he gets home. When he wakes up, he realizes that he now has superpowers which he must put to good use to oppose A.M.E. He will run, jump, double jump, wall jump and more in this 2D action platformer for a good cause. David Santos is a member of BadLand Games, and he is currently going through some rough times due to a medical illness. Because of this, 75% of all proceeds from the sale of Leopoldo Manquiseil will be donated to him. 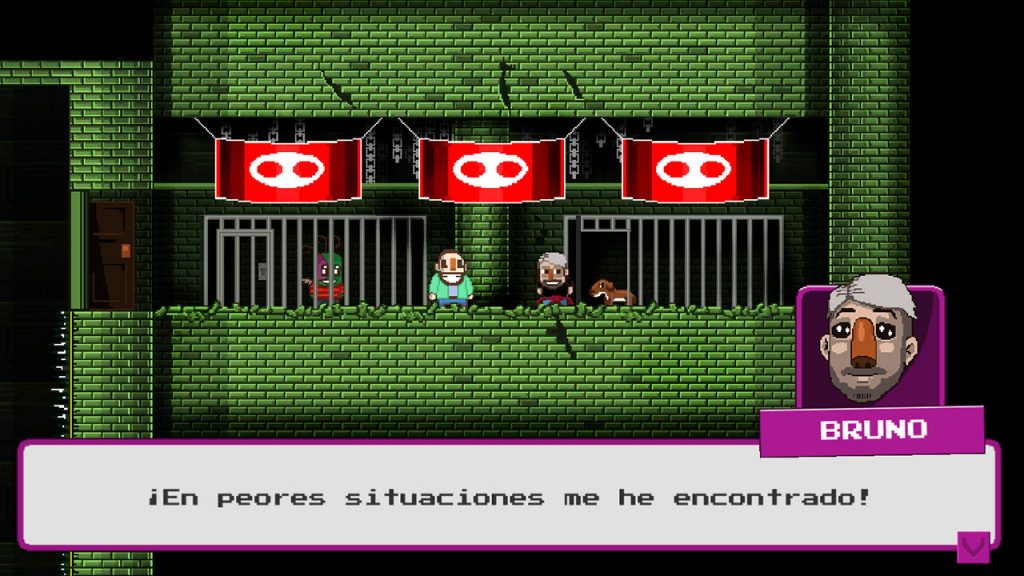 You’ll walk around with the left analog stick or the D-Pad, and can jump and double jump by pressing the B button. If you hug a wall, you can wall jump by pressing the B button to gain some extra height. You can also dash by pressing the Y button, and ability that will allow you to destroy some blocks that might get in your way. If you hold down the Y button after dashing you can run around at super-speed which can help you quickly clear tricky areas, as well as lower your overall completion time for a stage. You’ll also gain access to a gun you can fire with the A button. You must make good use of these skills because even though Leopoldo has superpowers, one hit is all it will take to defeat him. 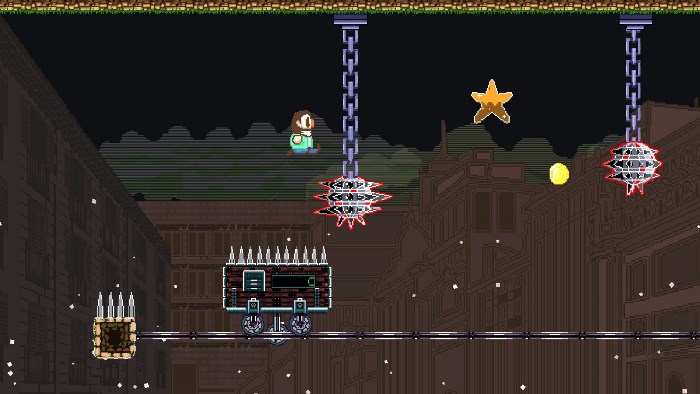 Each of the 24 stages you will play through will have some coins for you to collect, as well as three items: a star, a club, and a heart. If you want to 100% the game, you will need to search high and low in each stage to find all coins and all three items. For an item to count, you will need to collect in and reach the end of the current area so that you get a screen change, which acts as a checkpoint. If you die after this, you will quickly respawn at the start of the new screen, so do keep this in mind because if you collect an item and die before reaching a new screen, then you will need to collect it again. The last stage in each of the three sets will be a boss fight, and that means you’ll need to pay attention to the boss’ movement and attack patterns while you also try to grab the collectibles in the stage. 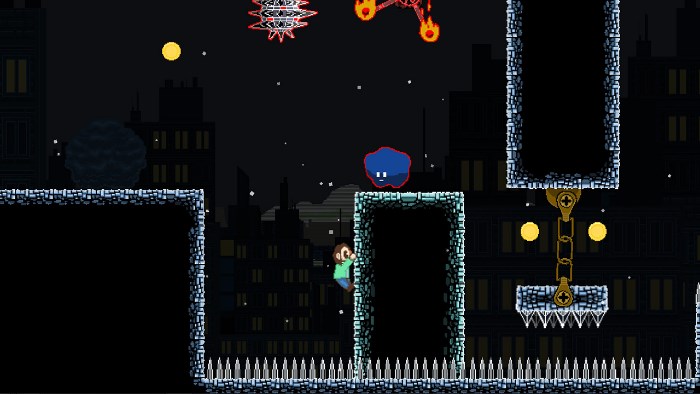 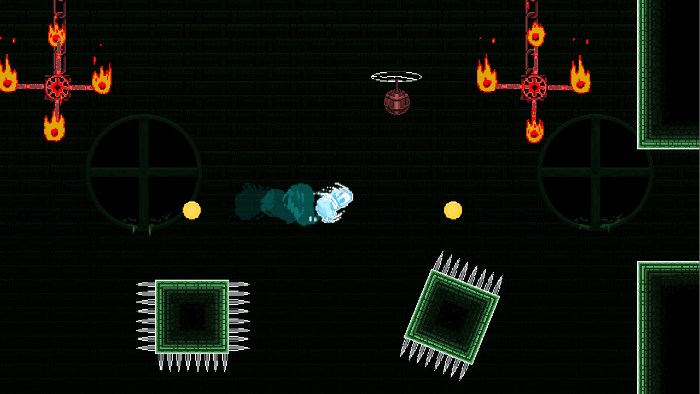 Leopoldo Manquiseil is fun 2D minimalist action platformer that has been created to support a member of the Spanish video game industry who has had to leave BadLand Games due to an illness. It features a good amount of content for its $5.99 budget price, and since you’ll be getting a couple of hours or so out of your purchase. It’s pixel retro looks and chiptune soundtrack also help to make this one an easy game to recommend for platforming fans.

Disclaimer
This Leopoldo Manquiseil review is based on a Nintendo Switch copy provided by BadLand Games.

The Occupation Out On PS4 Tomorrow