Iron and Steel is a two table pack release for Pinball FX3 that is a lot of fun and a worthy addition to your collection. Find out why in our Iron and Steel Pinball Pack Review!


The Iron and Steel pinball pack includes two tables for your entertainment: CastleStorm and Wild West Rampage. You can get the pack for $4.99, or go all in and get the two tables in the Zen Originals Season 2 Bundle which also includes Secrets of The deep, Rome, Biolab, Pasha, Son of Zeus and Adventure Land, and which is available for only $17.99. I’ve already reviewed the Carnivals and Legends pinball pack which includes Son of Zeus and Adventure Land, and I definitely recommend that if you don’t own any of the pinball tables you go and get Pinball FX3 and the Zen Originals Season 2 Bundle since it offers a ton of content at a very reasonable price.

First, let’s talk about the Castlestorm pinball table. I loved playing Castlestorm way back in 2013 for our double review (along with Ceidz) at PS3Blog.net, as well as the From Outcast to Savior DLC and The Warrior Queen DLC, so I was definitely up for seeing how a Castlestorm pinball table will bring that universe and experience to a whole new genre. The playing field includes some nice art for the game, as well as a 3D hero character on the right side of the table and a big and deadly 3D dragon at the top center. Once the donkey kicks the ball into play, you’re in for a treat! 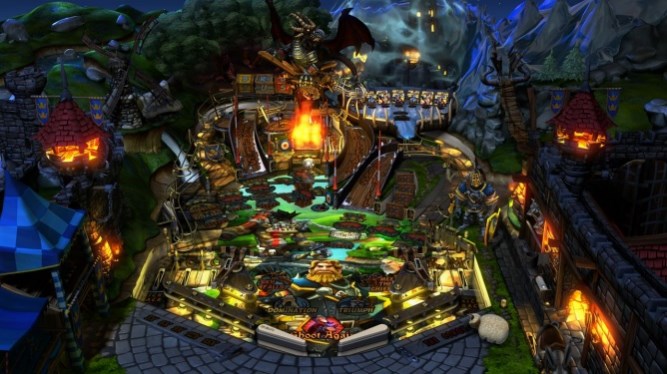 If you’re a pinball fan who’s played actual physical pinball tables, or even other tables from Zen Studios’ different digital pinball offerings, the table for Castlestorm might feel a bit cramped and crowded, as if someone had taken a full pinball table’s playing area and squished it down to fit into a smaller area. But once you give the game a go, you will see that everything starts to make sense. The three pinball flippers will be put to good use as you combo your way up the three available ramps, hitting the lane loops to maximize your score.


The table includes several mini-games to complete as you try to keep the ball on the playing field while taking aim at the mission hole that, well, activates missions once you’ve opened them by doing something else on the table. There’s Skyfalls during which you will need to hit all the lanes that light up while you avoid the dragon fires; Domination for which you first need to lock three balls in a hole down below the center ramp to then activate the mission and be sent to the mini playing field in the upper right corner; or Meet the Chief in which you need to hit the berserkers that are trying to rush the pinball flippers, and once you’ve defeated enough berserkers you can go into the mini playing field to try and hit the castle. 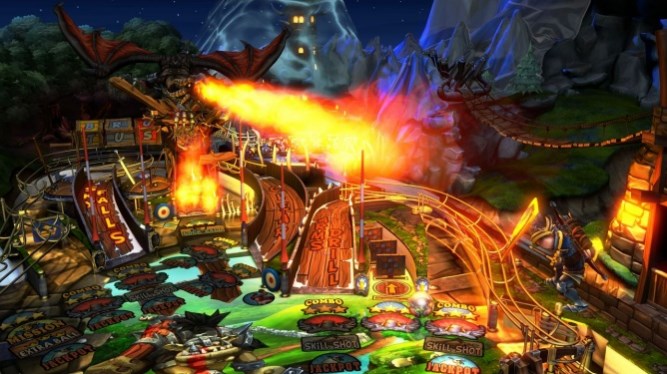 Due to its layout, it’s a very fast pinball, but if you manage to get into the groove just right, you’re going to manage to play the table for a while as you boost your score past the 10, 20 and 30 million milestones with some careful planning and a lot of castle destroying. As long as you keep activating mini-games – Arms Drill in particular since if you manage to send one of the balls into the mini playing field and hit the castle walls you’re going to get a huge score boost – you’re going to be getting an extra ball or two along the way to keep you going strong. Castlestorm is a very fun table and the stronger of the two offerings in this pack.

Wild West Rampage features Cindy, a tough woman who had to learn how to fight the hard way to be able to learn what was needed so that she could protect others. She learned how to fight with her fists as well as how to shoot at stationary or moving targets, and you’ll get to relive this and more as you activate some of the sidequest mini-games that the Wild West Rampage pinball table has to offer. Do you have what it takes to survive the duels against the six gunslingers in town you have to deal with? 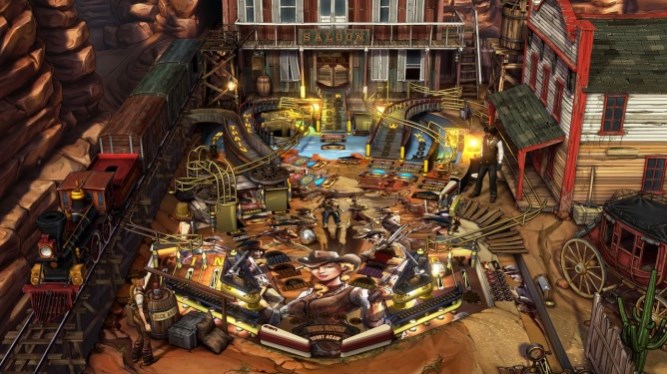 Wild West Rampage includes six main missions for you to complete which you can take on in any order. Saloon Scuffle is one of them, and you can trigger it by spelling out the word SALOON at the ramp in the middle of the table. As the name suggests, you’ll be fighting against the bad guys by shooting at the drop targets around the playing field. Another one is Train Robbery for which you need to spell out TRAIN at the lower left ramp to get things going. For this one, you will go into a separate mini playing field that represents the train, and you must stop a robbery by completing the three stages.

There’s a lot going on in this table, with four pinball flippers to use, a couple of ramps set up at weird angles, spinning pistols that go wild when you hit the corresponding targets, a cart on the left side of the table with wheels that will spin as you send the ball flying near them, a big saloon that serves as a backdrop to the town over the playing field, a huge shiny sheriff star you will spin around to activate duels, ramps that take the ball out of the playing field and around the valley, and more. It’s a table with a unique feel and a great complement to Castlestorm. 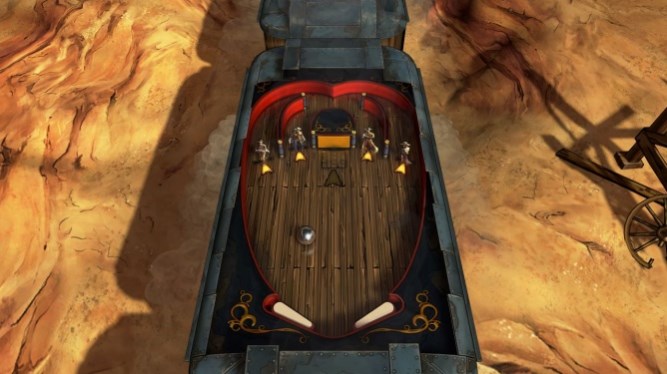 Both tables in the Iron and Steel pinball pack are worth the asking price thanks to their colorful setting, fast-paced gameplay, fun mini-games, and big scoring opportunities. At only $4.99 for the two table pack, or $17.99 for the Zen Originals Season 2 Bundle with this pair and a ton of extra tables, you are definitely going to get more than your money’s worth! 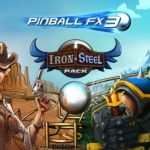 Disclaimer
This Iron and Steel Pinball Pack review is based on a Nintendo Switch copy provided by Zen Studios.

Lapis X Labyrinth Will Release In May