Dimension Drive from 2Awesome Studio is a space shooter that has you playing over two battlefields at once. Learn more in our Dimension Drive review!


In Dimension Drive you play as Jackelyne “Jack” Tywood, a pilot on board the Manticore, a special spaceship that can teleport between dimensions. With the help of the V.E.R.A. AI. The dimension was at peace, but during a patrol mission in the outskirts of the Larkin System, Jack encounters a scout fleet of the Ashajuls a multidimensional alien race who won’t stop until they have the entire universe under their control. Your task is to defend the universe against the Ashajuls to put a stop to their plan before it is too late! 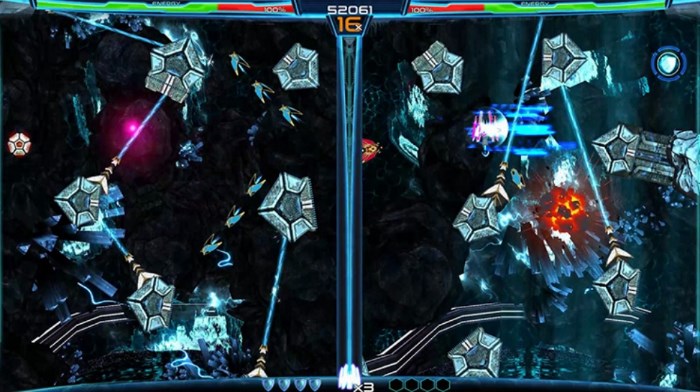 The basic gameplay mechanic has you changing between both versions of a stage, and you’ll switch around by pressing the B button. The A button is for your attack, and you need to pay attention to your energy bar at the top because every shot you fire will use up some of said energy. If you want to recover some energy, you can collect the green items left behind by the enemies you defeat, but you will need to do this whiles avoiding other enemies and their attacks, as well as any obstacles that might be in your path and which can kill you in a single hit. The other option is to use the B button to change to the other dimension, and this will recharge the energy of the ship you’re not using. 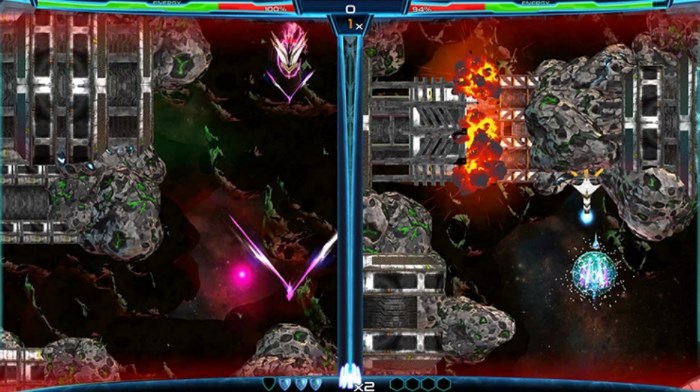 Once you get to the first stage of the second world (the first two worlds have four stages each, while the third and final world has five stages, for a total of 13 stages), you will unlock the reverse ability, which you can use by pressing the X button. Reverse will allow you to turn around your ship so that you can shoot whatever is behind you, and it will also slow down your speed so that you can take a short breather before you carry on. 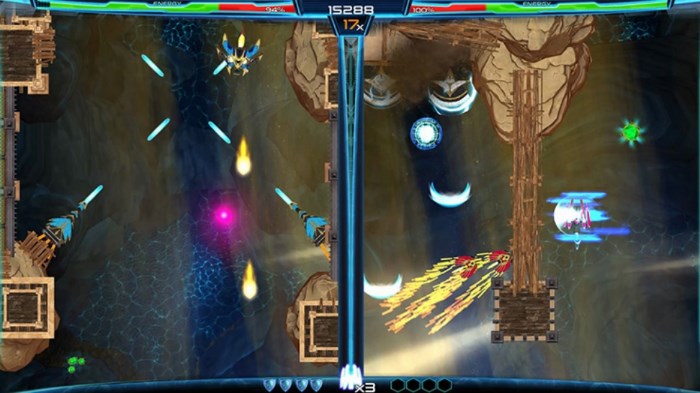 The game offers four difficulty settings: Normal, which other games would probably call easy, in which you get shields to protect you from a limited number of enemy hits, Hard and Extreme where things are a bit harder, and one hit will destroy your spaceship, and Insane in which the one hit kill is still present and enemies are plentiful and bullets fly towards your vessel from all over the place. 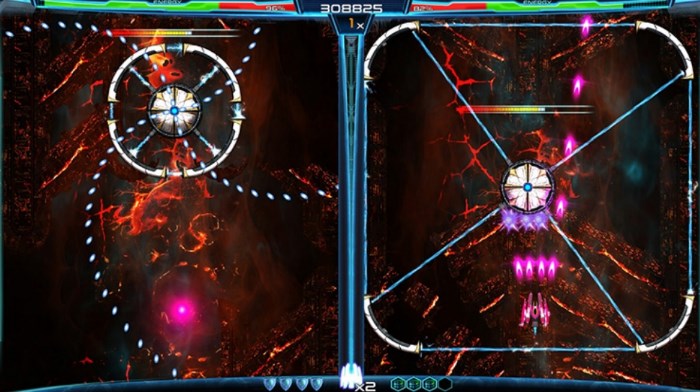 You are ranked for each stage based on your performance. Your overall score will be affected by the number of enemies you defeat – represented by a destruction percentage -, the data cubes you have retrieved, and the drive cores you have remaining at the end of the level. You will lose points depending on how many energy warnings you get, which will be presented as a negative percentage. If you want to 100% the game you will need to get an S rank on every stage, for which you need to obtain a total performance percentage for the stage at 110%, which will require you to learn a level’s layout so that you are always destroying enemies while avoiding damage, making each shot count, so you don’t get an energy warning. 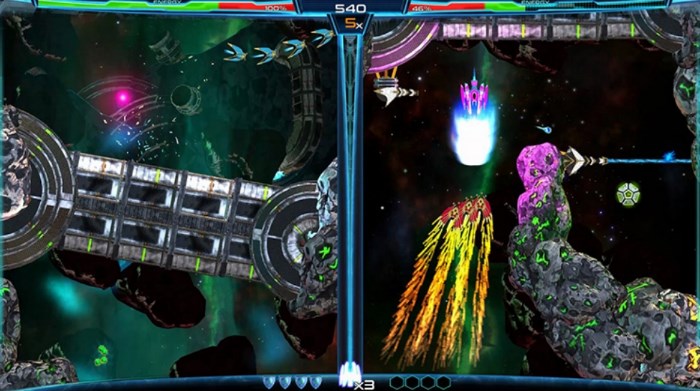 You will run into many enemies of different shapes and sizes, and knowing what you’re up against is very important so that you can know how to engage them. Some examples include the Scout, and unmanned autonomous ship that is small but deadly, and which can be found in swarms; the Fighter, which is the main ship of the enemy fleet, using its dual front cannons to deal considerable damage; the Blade, a heavily equipped enemy that carries twin high energy crystal chambers that can generate very powerful beams; the Bomber, highly armored vessel that is slower than the rest, but which can deploy proximity mines to deal damage, to name a few. 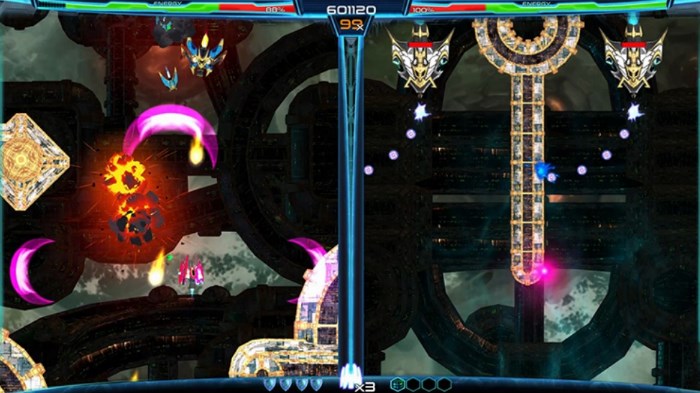 Dimension Drive is a fun and challenging shoot ‘em up on Nintendo Switch that is easy to recommend. There are thirteen stages in total to complete, which might not seem like a lot, but you’re looking at 3-4 hours to finish the story campaign. And once you’ve done that, you can dive back in for the Mirror Dimension stages. Add the four difficulty settings on top, and you have more than enough content and fun to justify the $12.99 asking price.

Disclaimer
This Dimension Drive review is based on a Nintendo Switch copy provided by 2Awesome Studio.