We loved the PlayStation Vita: Year One book from Sandeep Rai (2 Old 4 Gaming on Twitter), so when he launched a Kickstarter for a new book, I got in touch to talk about this new volume. Come check it out!

PS4Blog: Good morning! Thank you for joining us once again. How are you doing today?

I’m doing great, thanks! Its been a big week with the launch of the Kickstarter campaign for my second book.


PS4B: Speaking of, after the Kickstarter for the excellent PlayStation Vita: Year One book, you’re back this time with a new campaign. What made you decide to focus the second book on years two and three of Sony’s little handheld that could?

Once I finished Year One, I started planning the follow-up pretty much straight away. I was originally thinking to do a book for each year of the PlayStation Vita’s life, but I didn’t think the content would enough be to fill a whole book for some of the early years, and I was also worried that I wouldn’t finish all the books until 2026!

I decided I would make this a series of three books. Year One was focussed on the Vita’s launch and first year. This book, Years Two & Three, will cover 2013 and 2014 when Sony was still releasing games and was iterating on the hardware (for example with the Slim and the PS TV). Then the final book will cover 2015 and onwards, as the Vita’s services were removed, but the games kept coming. I want to make this series the definitive coverage of the PlayStation Vita’s history and a celebration of how awesome the system really is! 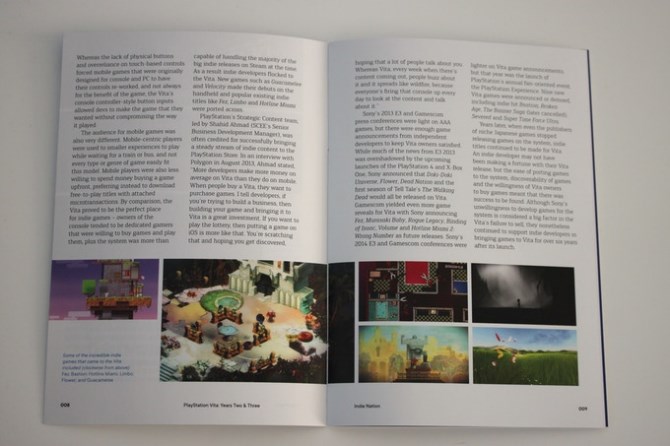 PS4B: Congratulations on reaching the main goal for your campaign! That does mean we’re in for some stretch goals now, right?

Right now I only have one stretch goal which is to print copies of the deluxe version of Year One. There is a restriction in terms of postage cost and price for printing the books, so I had a maximum of 104 pages in the physical book. I had to balance the amount of content in the book while also keeping it economical for backers. While I was writing, I had a lot more content than I could fit into the physical book so there was a digital deluxe version of Year One which had more interviews with devs and more game retrospectives. If the campaign hits £4,000, then I will add a new tier to the Kickstarter to print copies of the deluxe version which includes the extra 70 pages of content.

I’ll have to figure out more stretch goals later. 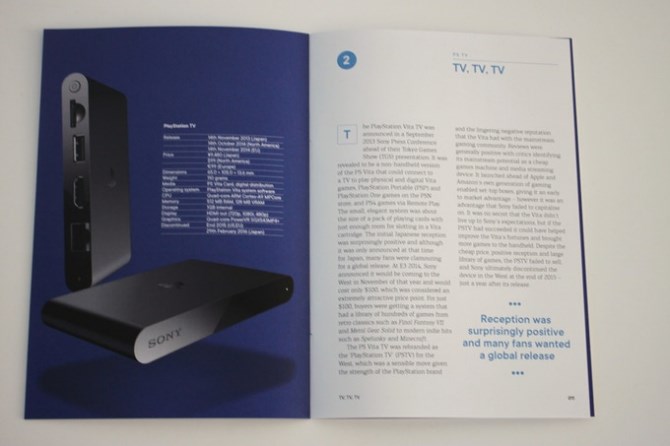 PS4B: How has your process for writing this new book change from the overall experience of writing the first one?

I don’t think it changed much at all actually. For the game retrospectives, I will normally spend a week re-playing the game, researching news about the game and reading reviews and user comments. I then plan out the main topics to cover and start writing. Some retrospectives flowed very easily, but some took a long time. I’ve been really enjoying re-playing all these games, and I learned a lot about them that I didn’t know! Hopefully, backers enjoyed reading the retrospectives as much as I enjoyed writing them. 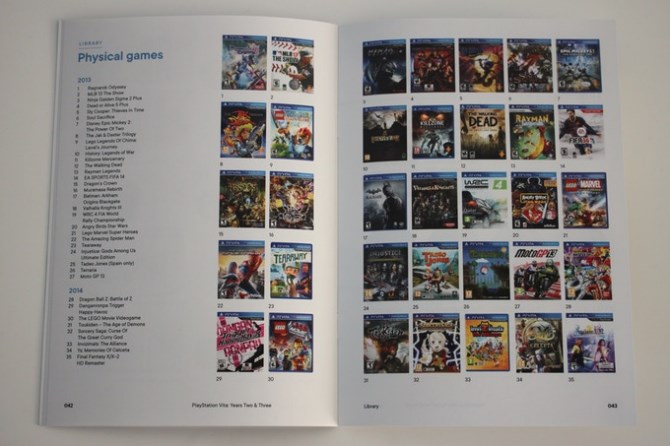 PS4B: And that’s all the time we have for today. Is there something else you’d like to say before we go?

It’s just amazing to see so much positivity and support from the PlayStation Vita community. Seeing so many backers of Year One return to back me again gives me confidence that I must have done something right with the first book. I hope people like this one just as much.