We’ll be working on a review for Golf Peaks, so I got in touch with Afterburn to talk about its development for Nintendo’s console. Come check it out!

PS4Blog: Welcome! Thank you for joining us today. Could you please introduce yourself to our readers?

Hi, I’m Luke and I’m responsible for programming and design at Afterburn. We have two other people on our team – Kamila, who’s handling legal/tax stuff and designed levels in Golf Peaks, and Weronika, our resident artist/animator who spends a lot of time making things pretty. To make Golf Peaks a reality we have also collaborated with other artists, programmers and audio people – their support has been essential to making the game a reality.


PS4B: Golf Peaks is releasing on Nintendo Switch on March 14. What can you tell us about this game?

Golf Peaks is a tiny puzzle-card game where you’re tasked with moving the ball to the hole through a grid-based map using various cards. Along the way you need to avoid (or make use of) various golf-inspired traps such as sand bunkers, different elevation, water pits and more! In my opinion the nicest thing about it is that it’s a purely logical puzzle game – there are no wonky physics that mess up your shot at the last second. It’s just you, the cards and figuring out how to take advantage of the level’s layout.

The game initially launched on iOS, PC and Mac. For the Nintendo Switch version we’ve partnered with our friends over at 7Levels and we’re really happy with the result. In addition to the same content from other platforms, Switch has two control schemes (use Joy-Cons for a more traditional layout or play with touch controls which is not something you see often on this console), and HD Rumble support which adds an extra nice touch to all interactions. 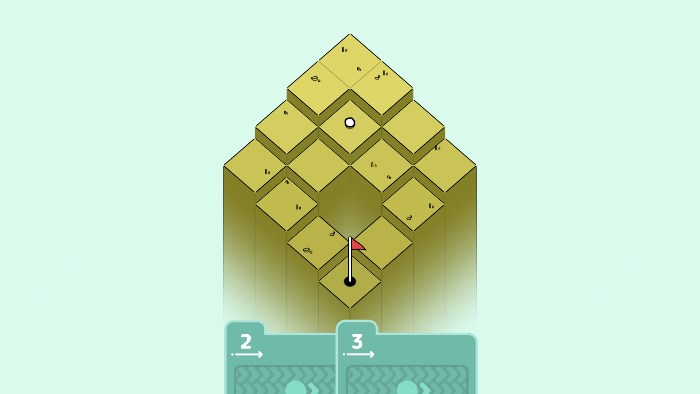 PS4B: How long did it take to develop it? Where there any particular hurdles or challenges you had to overcome?

The initial version of Golf Peaks was developed in five months: from June 2018 all the way to the game’s launch in November 2018. We’re super happy with how quickly we’ve been able to finish the game, mostly due to how its mechanics glued together in a nice way. Since then we also spent three additional months in order to release two free expansions which added a total of three new worlds and several new mechanics to the game, while also introducing some quality-of-life improvements – we really wanted to knock it out of the park with our first game and show players that we care about their feedback.

As for challenges, in my opinion there were two main things we had trouble with. The first one was figuring out the right art style for Golf Peaks – though we created some concepts showcasing the thick-lines-with-light-gradients visuals pretty early on, making the transition from pure concept art to something that looks good enough in-game took us quite some time and we had to throw out a couple of prototypes. The second challenge was preparing the game’s tutorial section. Since the very beginning we knew that we want to handle it entirely without using words. As a player you might not pay a lot of attention to that since most people just breeze past this content, but we spent a lot of time making sure that the initial nine levels of the game teach you the basic mechanics in an effective and non-overwhelming fashion. Later on we use a structure similar to how modern Super Mario games introduce new mechanics: first we do a very simple level that just focuses on how what the new interaction does, then we present the player with a slightly more difficult level to make sure they understand this new piece of information, and after that we might do a level that introduces an unexpected twist on this mechanic. 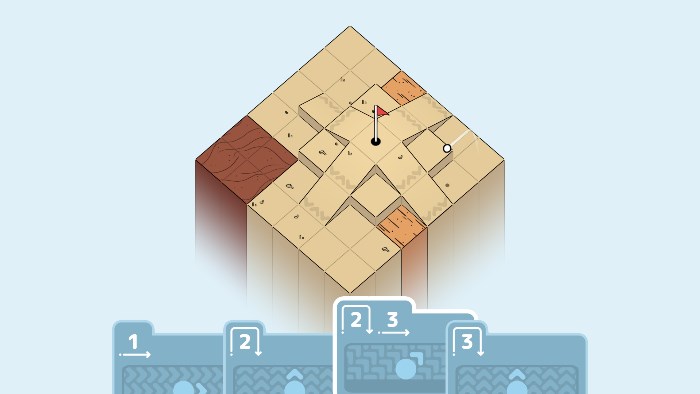 PS4B: Are you considering working on some additional levels for the game to be released as DLC or do you think Golf Peaks as is offers the full experience you want to present?

For now we feel that our Nintendo Switch release is the “definitive edition” of the game and don’t have any plans to add more content (since we’re also starting work on something new), but we’re not completely against the idea of adding a new world or two further down the line. Time will tell. 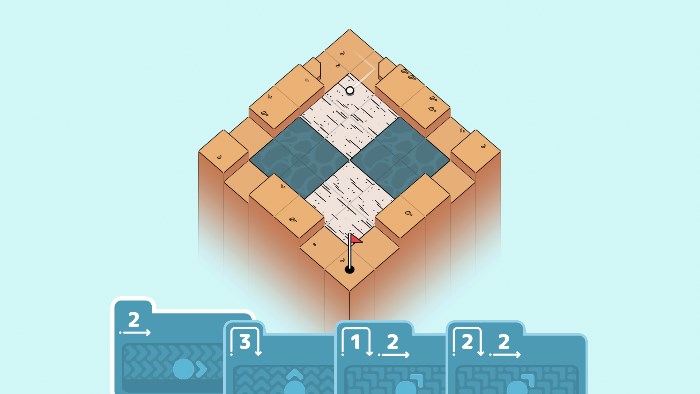 PS4B: Once again, thank you for doing this interview. Is there something else you’d like to say before we go?

Thanks for the opportunity to talk to everyone here about our game!

All members of our team are super excited to have our first game released on a Nintendo console and we’re hoping that you pick up (and enjoy) Golf Peaks when it launches on March 14th! 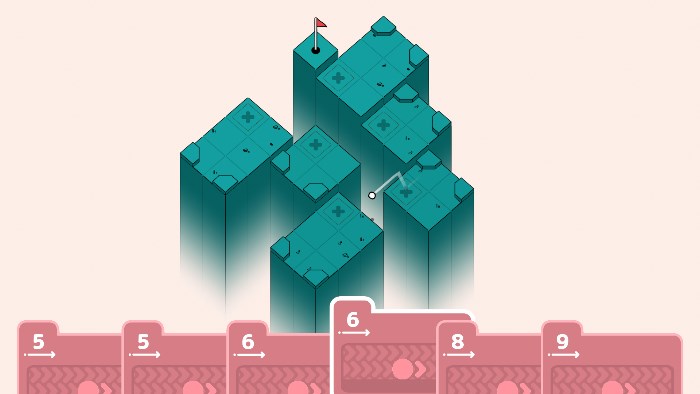