Welcome to Heroes Trials! This is a fast-paced adventure game with a trial system that takes you through more than 10 different tests that will prepare you for the final challenge. Clear them and rise to the position of defender of your homeland… Or stay forever as a trainee!

This is a double review for Heroes Trials. The game was played by Ceidz and EdEN, and this review presents what they both had to say.

Like we mentioned in the introduction, in this game we are following Zoel, a warrior, and Elia, a mage, on their way towards becoming the Heroes of Délhua by completing the different Hero trials – hence the game name. Apparently, they had a sleep spell cast on them the previous day because they both overslept, and thus the other contestants have had the luxury of getting a nice head start.

The gameplay for this one is pretty generic, as you can attack the different enemies by slashing at them (if controlling Zoel), or by sending magic attacks from a distance (if you’re using Elia). What sets this game apart from the crowd is the use of a timer that counts down as soon as you start a mission, but you don’t need to worry too much since if you have even the minimum skill required to play an action adventure game, then you won’t run out of time during any of its missions. 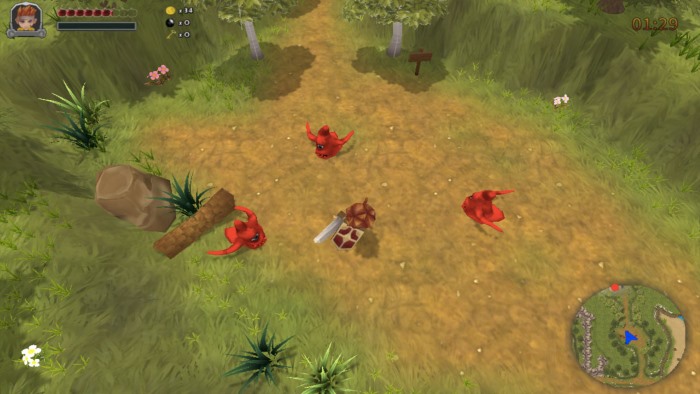 As an experienced gamer who’s guilty pleasure is to explore every corner of each dungeon (and overworld), I didn’t like the stress of seeing a timer always ticking in the upper corner of the game at each and every moment of the game, as it felt that I was being rushed towards the next objective, but I then realized that the timer was nothing more than a decoration of sorts on the screen. Running out of time stopped being a concern once I realized that dungeons were not as big as I had anticipated. 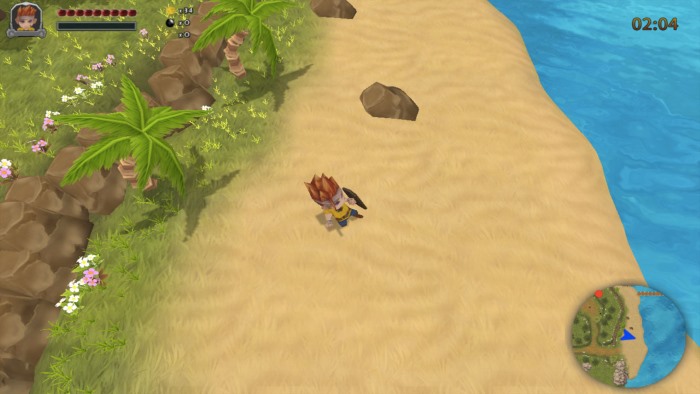 On the PlayStation Vita, the graphics were good, but the loading times are pretty epic, ranging from 15 seconds when navigating through the levels of a single dungeon, up to roughly 40 seconds or so when changing from the overworld to a dungeon and going from a dungeon back to the overworld. The loading was so long in fact that the first time I booted the game I thought it had frozen since the loading animation wasn’t moving for more than a minute. I actually rebooted the game the first time around, only to notice that I just needed to be more patient for the initial loading to finish.

But then, the game also crashed on me more than once while playing this adventure on PlayStation Vita. It hung two times during its short campaign, and as the music was still playing in the background, the game’s gameplay was completely frozen. After this, the whole console was down for the count, and I was taken to a PlayStation Vita crashing screen that I’d never seen before which rebooted the whole console. Weird, right?

As you take on Heroes Trials to complete mission after mission after mission – but not too many missions – you will gain get to earn some gold coins from defeating enemies or from exploring each area. You should cut down all foliage you find since you can, in the good old-fashioned The Legend of Zelda style, find money after cutting down some grass. There aren’t many things you can do with the money, but the one thing I do recommend that you get as soon as you have 250 coins on you is the pair of boots that will allow you to run fast by holding down one of the shoulder buttons since this will cut down on the overall time it will take you to complete this short game.

While controlling Zoel you’ll only have a melee sword attack, but he will have a shield to defend against some attacks from the enemies you will find. The shield will, in fact, prove to be useful against two bosses in particular – even more so when you power it up by finding a particular item. But for most of the time, I suggest that you use Elia to complete most of the game since she can always attack from a safe distance that will keep you from receiving damage most of the time. You do need to pay attention when enemies get too close for comfort since you probably won’t notice how they’re slowly draining your health points – be sure to keep an eye on your health meter so that you can avoid a game over or two! 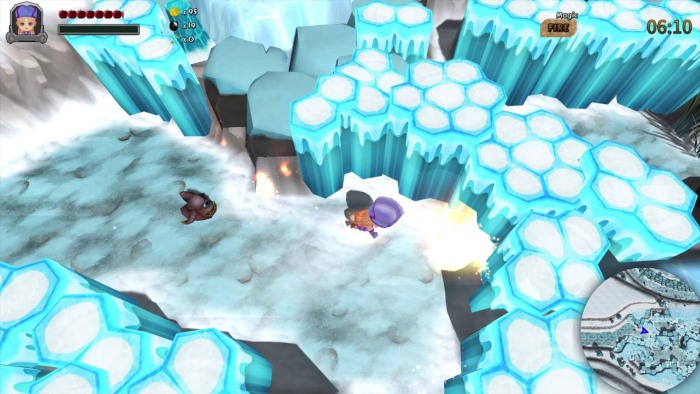 There are many keys for you to collect so that you can open the doors that block your progress in the dungeons you visit, with some areas requiring two keys for you to open pairs of doors that are way to close as to be useful for whoever set them up in the first place. At the end of each dungeon, and in a couple of specific areas in the game you will open with stuff you gain from your quests, you will face a boss that will have a considerably larger health bar, requiring you to hit them many times before you can be victorious. The bosses are big, but as long as you pay attention to their movement and attack patterns, you will survive.

Enemies, on the other hand, are more dangerous than the bosses themselves! They tend to gang up on you, and there isn’t much of an invincibility window between hits, so if you’re not careful you can end up dead in a few seconds. The slimes, big bugs, bats and other enemies you find all hit with the same strength, and while the game certainly runs a lot better on the PlayStation 4 than on the PlayStation Vita, it’s a bit more difficult when played on Sony’s home console since the extra horsepower allows the game to put a lot more enemies on the screen. 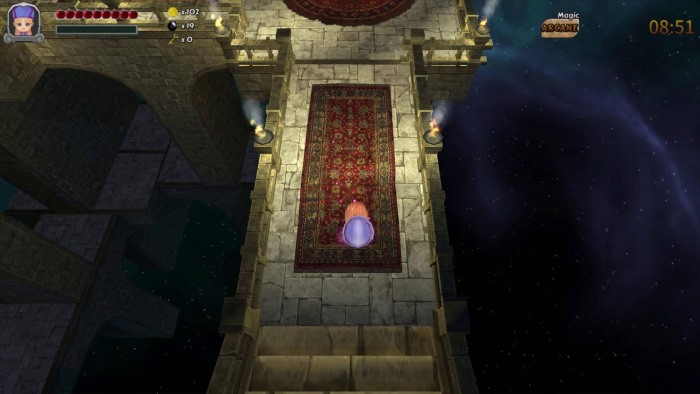 Final Thoughts
As you can see, Heroes Trials is a below average action game that will give you a chance to win two Platinum trophies for your trouble. It’s a game you’re not going to have a lot of fun playing due to its generic look, feel and gameplay mechanics. Ratalaika Games has given us some fun and quirky games on PlayStation and Nintendo Switch hardware, but this one is not one of them – they can’t all be winners.

Pro-Tip: Want to cut the chase and have the fastest run possible? Then check out the trophy guide PlayStation Trophies.

Disclaimer
This Heroes Trials Review is based on PlayStation 4 and PlayStation Vita copies provided by Ratalaika Games.