Access Denied is a new PS4/Vita cross-buy puzzle game from Ratalaika Games with two separate trophy lists. Find out if it’s worth it in our Access Denied review!

Calling all safe-crackers and lovers of puzzle games! The time for testing your brain, whilst listening to rain and thunder has arrived, as try your hand at a series of puzzles that are playable across 36 levels.

This is a double review for Access Denied. Ceidz and ThaRaven403 played the game, and this review presents what they both had to say.

Access Denied consists of 36 puzzles that you have to complete. Each of them is rendered with an object in the center that you can spin around to explore all of its sides. Sometimes it’s a three or four sided object, sometimes it’s mostly a “one-dimensional” object, and that means you can only interact with the top surface, even though you can find hints to help you on any side.

As for what you have to do to solve the puzzles, there’s a lot of variety in here! Some of them will have doors you can open to reveal numbers and operators of different colors, that all boil down to some mathematical calculations to get some numbers to input on another face of the puzzle object. Sometimes flipping switches will increase or decrease the level of a liquid in a tube, so you have to find the right combination of switches to fill them. That’s only two examples, but believe me, there’s a lot of different things you have to do and not much repetition in those 36 levels. 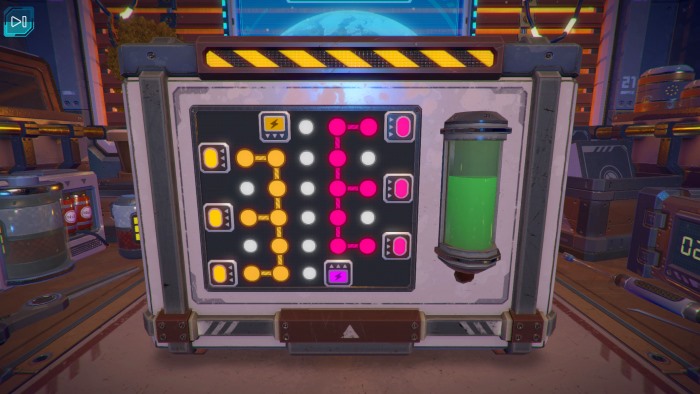 For a game that’s only $5, I was surprised with how much variety was in there. Some of the puzzles were really obvious and easy, but on the other end, some of them were challenging, with only subtle hints to help you out. I would’ve appreciated if there was some kind of hint indicator to guide you when you’re stuck, but I always ended up finding what I had to do. If there’s a level you find too hard, there’s always the option to skip levels, and you can come back to them at any time (and there’s actually a trophy for skipping a level !).

And if you plan on playing both versions, I’d suggest tackling the PS4 version first, and maybe even complete them side by side. There are a lot of small symbols you sometimes refer to in the game, and distinguishing them on that PlayStation Vita screen can be a bit difficult at times. If you complete them on the PlayStation 4 and then re-apply the same pattern on your portable console, as any good trophy hunter would do, it will make the PS Vita experience less painful. 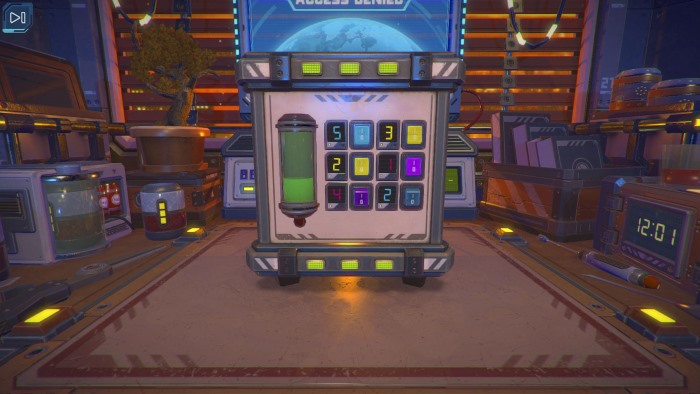 Access Denied is a puzzle game with a really minimalistic presentation that places you in a control room, with a box (or a strange contraption) in front of you, and you have to crack the box open. It starts easy but quickly becomes harder and increasingly difficult. It reminded me of The Room, in the sense of how your sole objective is to clear the puzzle in front of you.

Like ThaRaven403 mentioned, I was also impressed by the puzzles variety because once I had cleared a few, I was expecting to find the same type of puzzle with a harder mechanism, but in fact, they’re all genuinely innovative, and you won’t have to apply the same strategy twice. 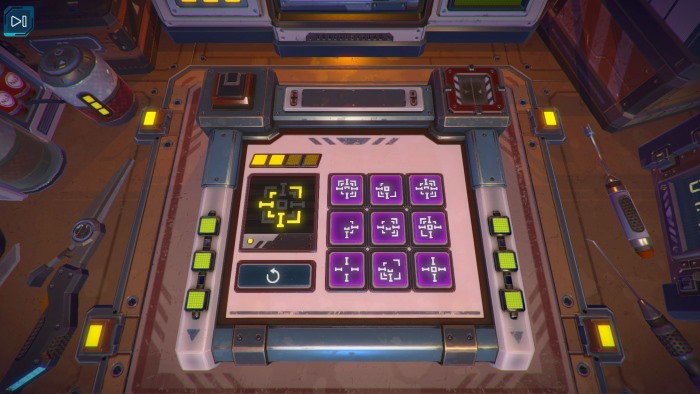 For the trophies, this is another one of those short games that can net you two Platinum trophies for your collection! There are a few specific trophies, like skipping a level or spending more than three minutes in one (which will probably happen naturally), but other than that it’s just a matter of completing the 36 levels. Then you have to soldier on with your PlayStation Vita. Be sure to download the game on your portable as it is a cross-buy release, and you just complete the same levels over again for that second Platinum.

I thought that the menu navigation was weird when using the console controls. On the PS Vita, touch controls are supported so we can avoid using the physical controls to play the game. The weird thing is that when the start button is pressed (when I wanted to pause the game for instance), the menu pops up, but it can’t be canceled without selecting a new level to load. I honestly think a basic close menu button could have been easily implemented and would have avoided the hassle of reloading the current level again. On a final note about the PlayStation Vita version, I thought that the resolution seemed lower than usual, which isn’t a big issue in itself but is still worth mentioning. 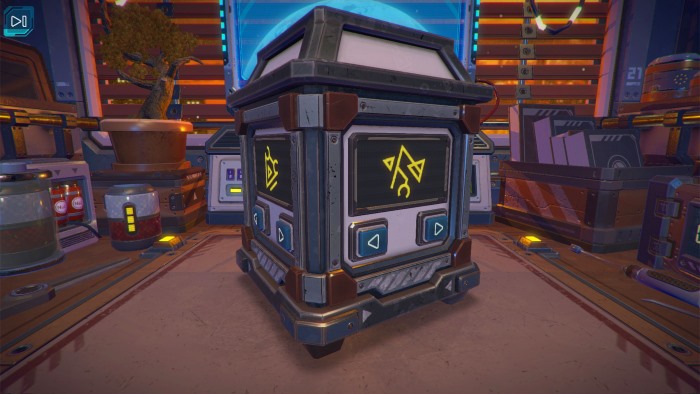 Final Thoughts
We were impressed by the variety of the puzzles and definitively like the fact that this release is cross-buy and features two different trophy lists. Sure, since this game offers only puzzles and nothing else so it won’t be to the taste of every gamer, but if you’re one of them, you’re in for a treat.

Pro-tip: Here’s an Access Denied Trophy Guide, which will help you make sure you aren’t missing any trophy on your run:

Disclaimer
This Access Denied review is based on PlayStation 4 copies provided by Ratalaika Games.

Stellaris: Console Edition Out On PS4