Regalia: Of Men and Monarchs is a tactical RPG about the restoration of a fallen kingdom to bring it back to its former glory. You embark on an adventure that will remind you of your best jRPG experiences.

Regalia: Of Men and Monarchs Trailer

The story revolves around Kay, who learns from his dying father that the kingdom of Ascalia belongs to his family and that he should reclaim it. With his two sisters and the family’s bodyguard, they venture to the castle… only to find a ruined and desolated place! After awakening his ghost grandfather by accidentally drinking his ashes – yes, really – Kay decides to leave the kingdom… until he meets a debt collector that tells him his family owes him quite a huge amount. And so the Loren family is forced into rebuilding the kingdom, striking a deal with the debt collector to repay him every two months until the debt is cleared. And so will begin your adventure to gather resources, help rebuild the city, and bring Ascalia back to being the Gem of the Realms it once was! 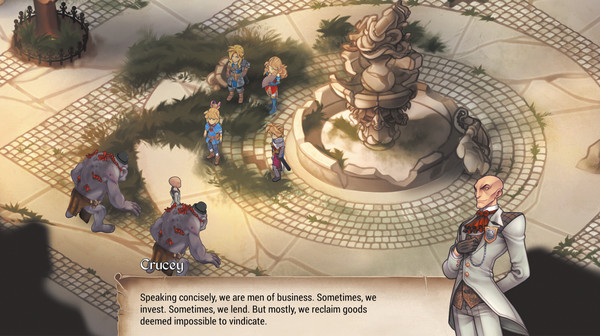 There are so many things to cover in terms of gameplay, but let’s start with the core part of a tactical RPG: the battles. When you start a battle, there’s a predefined section where you can deploy your characters, so you can position them how you want. After this, it’s all turn-based, where each unit can perform one action and move a certain number of tiles per turn. Your actions can vary, using attacks and/or skills that can have certain effects on your allies or enemies. One thing you can’t do in battles though is healing your allies, so your best bet at keeping everyone alive is to get some good shields up, by using some of your skills. At a certain point in the game, you’ll start receiving challenges for the battles that are additional things you can do to gain extra loot or experience.o


One of the first things you’ll do in the game is going into dungeons by traveling on the Rashytil Expanse map. Traveling to dungeons will consume in-game days, so you’ll have to plan carefully by taking into consideration the chapter’s deadline. When entering a dungeon, you’ll be presented with a map of connected nodes, and you can only proceed to linked nodes after clearing the current one. Three types of nodes await you in those dungeons: Combat, Adventure or Camp. Combat is pretty obvious as they’ll take you to a turn-based battle. The Adventure nodes are short, text-based adventures, where each paragraph brings you to one or more choices to make, pretty much like a choose-your-own-adventure style book. The Camp nodes are where you’ll be able to save your game, revive downed allies and talk to members of your party.

As I mentioned before, each chapter has a deadline date before which you have to fulfill a certain number of Kingdom Quests, which are specific tasks to do to help rebuild the city, and Story Quests, which are obviously related to the story. So apart from the dungeons, you’ll also spend a lot of time in the different places around the city to meet with your allies, construct better versions of their buildings, and spend time with them to raise your bond with them. 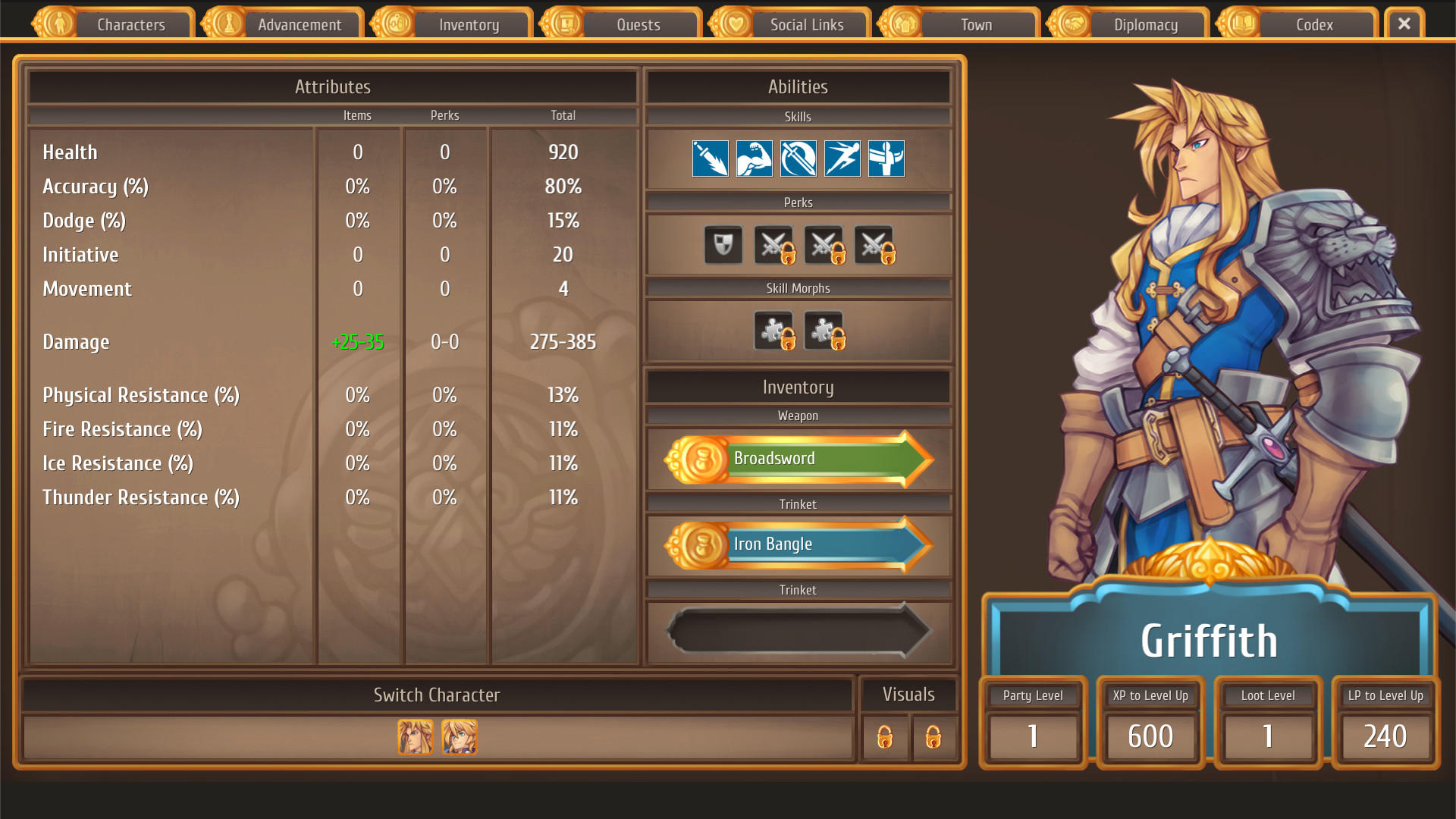 Early on, with the narrator mocking our hero and the tutorials asking if we “could handle it,” I knew I was in for a fun time. The story is told in a really humorous way that’s great to watch unfold. It’s nothing highly political or anything like that: just a simple, lightweight story that always has a funny line or two around the corner.

Apart from the story, I found this game to be a mix of a lot of good things I’ve played in the past, implemented interestingly. The battles are obviously a lot of fun and are easy to pick up with a simple interface that makes using your skills not too confusing. I also liked the fact that there was a Story mode difficulty where you can just skip battles at your own will, an excellent option for people that want to experience the story without the whole tactical part (which basically gives you a visual novel like experience).


Then there’s the building aspect of the game, that reminded me of how much fun I had playing Dark Cloud back in the day on my PlayStation 2. It’s more simple than that, but it’s also closely related to developing bonds with your allies, but still felt great. Speaking of bonding, anyone who’s played a Persona game will relate to this: spend time with a character, and you’ll be presented with dialogue options, and some of them impact your bonding level better than others. Simple, but oh so effective and fun. 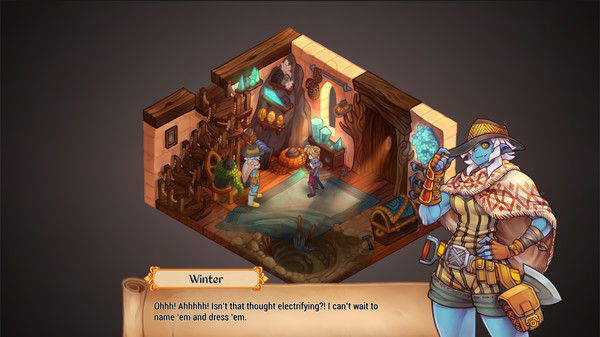 That brings me to the trophies, which can be either an easy or challenging list that requires a whole lot of your time. There’s obviously a couple of story-related trophies, so I won’t spoil any of those. As far as the challenge of the game goes, there’s nothing related to the difficulty so you could play it on Story mode and skip the battles that are too difficult if you’re not a tactical expert. There are a lot of trophies related to bonds, which could take a lot of your time if you don’t make the right dialog choices. There are guides around the internet that can help you with this, but if you choose to play it legit, it might require some extra time towards your platinum.

Final Thoughts
In the end, Regalia: Of Men and Monarchs – Royal Edition takes a lot of inspiration from successful franchises and blends things up in a really fun and interesting package. If you’re a fan of tactical RPG or just RPG in general, there’s definitely something for you here. And even if you’re not a fan of the genre, the story is fun enough for you to skip the battles and enjoy the ride!

Disclaimer
This Regalia: Of Men and Monarchs – Royal Edition Review is based on a PlayStation 4 copy provided by Klabater.