It took 24 years, but a sequel in the Wonder Boy series has finally been released! Find out more about this most excellent adventure in our Monster Boy and the Cursed Kingdom review!


Enjoy a colorful action-adventure game made alongside Ryuichi Nishizawa, creator of the original Wonder Boy in Monster World series.
Monster Boy and the Cursed Kingdom borrows the best from the classic series to deliver a fresh, modern adventure with fun gameplay, memorable music, and gorgeous hand-drawn animations.

The story of this entry is about a young boy named Jin, who suddenly notices an old man flying on a barrel which looks like his uncle. As he decides to investigate the situation, he meets up with a flying dragon who is, in fact, his brother Zeke! It turns out that his uncle, for some unknown reasons, has gone crazy from the use of a magic wand and turned everyone in the kingdom into animals. You decide to venture forth to get this situation back under control, only to end up being turned into a pig. It is then that your quest truly begins, and you’ll need to travel to all corners of the kingdom to find the five orbs that are required to reverse this curse.

To do this, Jin will be able to fight his way through in typical Metroidvania fashion, where you’ll get to revisit a lot of places on the map as you acquire new abilities and forms to help you reach previously unavailable areas. At first, as a human, you’re able to fight with your sword, reflect projectiles with your shield and soon dive under water because of the heavy boots you purchase. As you progress in the game, you’ll get (mostly by buying them) a lot of weapons and equipment parts like armor, boots or bracelets that will all aid you on your quest. Pretty early in the game, you’ll also get your first truffle, which gives you a magical ability (a fireball is the first one). You’ll uncover more as you get further in the game, like a boomerang or small tornadoes you can throw at your enemies or use for solving the puzzles in some rooms. 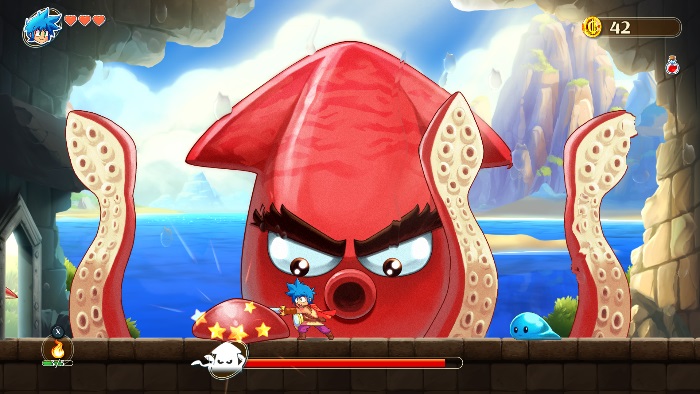 Speaking of puzzles, the game throws some at you every now and then to introduce some subtle changes of pace from the fighting and platforming sections. As for said platforming sections, some of them can get pretty infuriating, but not in the same way as those super-move chaining areas in a game like Guacamelee! or its sequel. What you’ll get here is more like some of the Mega Man platforming style that requires the jumps to be made at precise moments if you want to get to the other side.


The other core aspect of this game is the form-changing ability you get a bit further in the game. At first, you’re limited to your pig form, which prevents you from equipping an armor but does provide you with a powerful snout that can reveal hidden doors and hints! The first one you’ll gain after this is the snake form, which allows you to grab onto some walls and squeeze through small passages. And as you continue your quest, all those abilities will be required as you alternate between the different personas to survive predicaments and solve every puzzle the game throws at you. 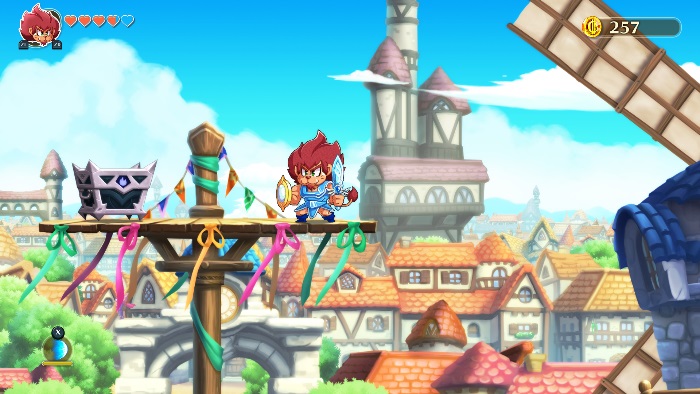 Even though the game is better looking than it’s 24-years old prequel, it does feature the same colorful characters and environments that have always been present in the franchise. The hand-drawn sprites for this new game are a joy to look at and make for a truly enjoyable experience, which I’m sure you’re going to enjoy.

By now, if you’ve read a couple of my reviews in the last year or so, you know I’m a big Metroidvania fan, and this game goes straight in the list of games in the genre I’ve really enjoy playing. First of all, the map is incredibly huge! You’re usually looking at 10 hours or so for completing a Metroidvania, but if you want to 100% this one you’re looking at around 20 hours or so thanks to everything the game has to offer. 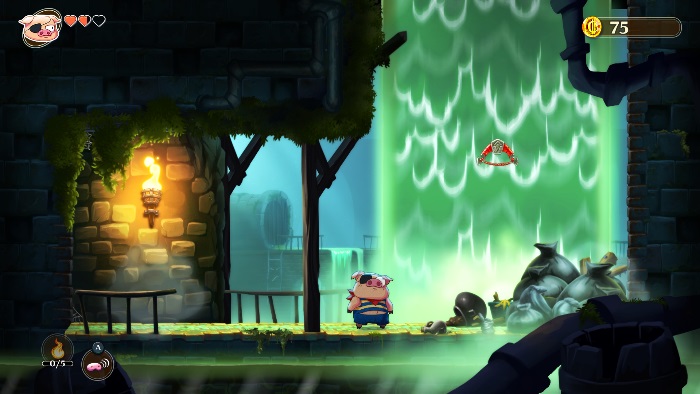 It’s also fun to have such great variety in the game thanks to the different skills you have access to depending on the animal form you take. This forces you to stay alert to every little detail as you explore since there could be a spot pretty much everywhere that requires another of your forms to get to a secret area.


It’s not the same kind of technical perfection as a game like Guacamelee! 2 though. Characters are bigger on screen and not as smooth in their movements, resulting in some tricky sections just because of how your character handles. Also, for a game that forces you into switching equipment pretty often (for example, heavy boots to dive underwater, then switching to regular boots to get back up a bit, then switch back to heavy boots to land on that platform that was too high), I found it pretty annoying that you have to wait 1-2 seconds for your character to swap equipment, as if you had to actually wait for the displayed character in your equipment menu to be re-loaded.

As for the trophies, this is yet another Metroidvania trophy list that shouldn’t pose a challenge to anyone who has played games in the genre on PlayStation 4. It’s your typical list containing a few story-based trophies and a horde of trophies related to getting every collectible and artifacts the game has to offer, all while exploring 100% of the map. Another Platinum trophy for your collection will be waiting for you if you achieve this! 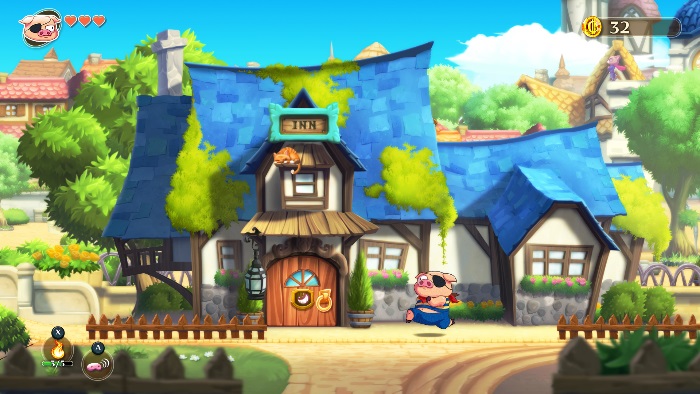 Final Thoughts
Game Atelier and FDG Entertainment have done an incredible job of bringing back a franchise that hadn’t seen a new release since 1994. It feels true to its roots, yet with a solid touch of modernization that will appeal both fans of the series and newcomers in need for some platforming action.

Disclaimer
This Monster Boy and the Cursed Kingdom Review is based on a PlayStation 4 copy provided by FDG Entertainment.