Evoland is a journey through the history of action/adventure gaming, allowing you to unlock new technologies, gameplay systems and graphic upgrades as you progress through the game. Inspired by many cult series that have left their mark in the RPG video gaming culture, Evoland takes you from monochrome to full 3D graphics and from active time battles to real time boss fights, all with plenty of humor and references to many classic games.

Evoland 2 graphics style is changing as you travel through time and its gameplay evolves as you move along the storyline. It is also a real RPG at heart, with a deep scenario based on time travel: explore different eras and change the history of the world. But are you sure that the consequences will not make things worse?

Right as you boot Evoland Legendary Edition, you have the choice of selecting to play either Evoland or Evoland 2, so if you happened to play one of those games on the PC, you could jump immediately to the one you want without requiring to play the other one beforehand.

As you begin Evoland, you’ll most likely think that it starts slow, as you have only access to move to the right on a monochrome Game Boy-esque pixelated rendering. Right after in a treasure box, you unlock the luxury of moving in the left direction. Then you get a second chest right after unlocking the other basic movements (up and down). This is Evoland in a nutshell, and you’ll go from zone to zone, opening treasures chests and unlocking new gaming features!

It goes way past moving left and right, however, since a few treasure chests later, you’ll unlock the background music, then unlock the 8-bits visual presentation, a great step up from the Gameboy pixels! Then it goes farther as you’ll eventually unlock 16-bits presentation up to a 3D presentation reminiscent of early PlayStation 1 games. Heck, at one point we even unlock “loading,” which slows down the pace of the game until we unlock the no loading mode! 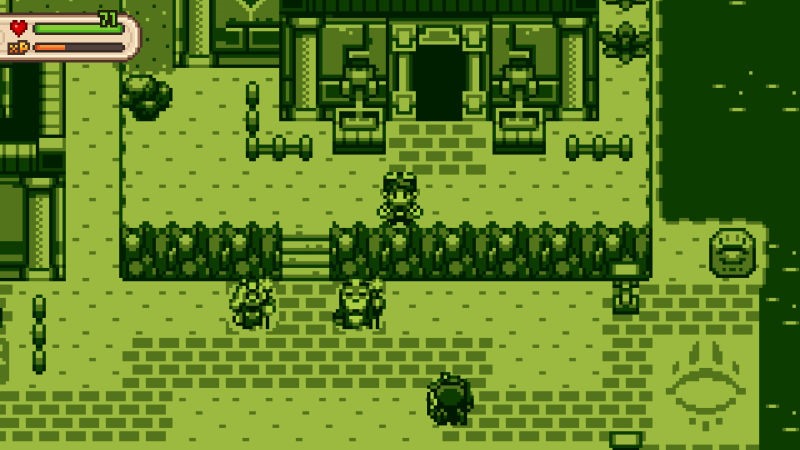 As for the gameplay, this is where this game shines. Through my progression, I counted as many as seven different battle systems, which I thought was really impressive considering the whole campaign is 3-4 hours long! Most of the time your character hacks-and-slashes in a The Legend of Zelda style (and the NPCs are adamant about that resemblance), and each one is different from their monochromatic, 8-bits, 16-bits and 3D versions. There is also a battle system very similar to the one found in Final Fantasy VI, and eventually one similar to Final Fantasy VII (which also contains an amazing soundtrack). There’s even a Diablo 2-like stage, which was the one I sadly preferred the least of the bunch.

As a final note, the game has a weird difficulty spike during the final boss. This is very weird since after going through a relatively casual game, the final boss dials the difficulty up to 11, which might catch some of you off-guard. This is the one complaint I have about the game since, in the end, it’s still a good one to play on PlayStation 4.

As for Evoland 2, at first I thought that the same game evolution pattern would be in place, but even if the core concept has been kept (different gameplay modes: monochromatic, 8-bits, 16-bits and 3D), a whole story has been written about those presentation changes, that made me feel that I was playing a new and very different JRPG. The narrative in this game is top notch, and instead of progressing through the different video game evolution, this time we are traveling through time, in a Chrono Trigger-esque setting in which each gameplay presentation represents a different era in the game. The narrative in this game was surprising to discover and was also amazing to experience. I haven’t mentioned it yet, but the Evoland franchise is also strong with puns and references to everything in the world of gaming, so you’re definitely going to get a kick out of it.

I mentioned that Evoland had different battle systems, which I thought was great. Well, in Evoland 2 the developers went all-in as I literally lost count of the different gameplay elements after experiencing 20 or so. There are SO MANY different games embedded into this one release that it is just mindblowing. The common way of playing is still the hack-and-slash variety in a The Legend of Zelda style adventure, but there are also platforming sequences, a real-time JRPG battle system, a Street Fighter battle, Mega Man and Double Dragon stages, match-3 puzzles and more. It was always surprising to see what the next gameplay element would be! 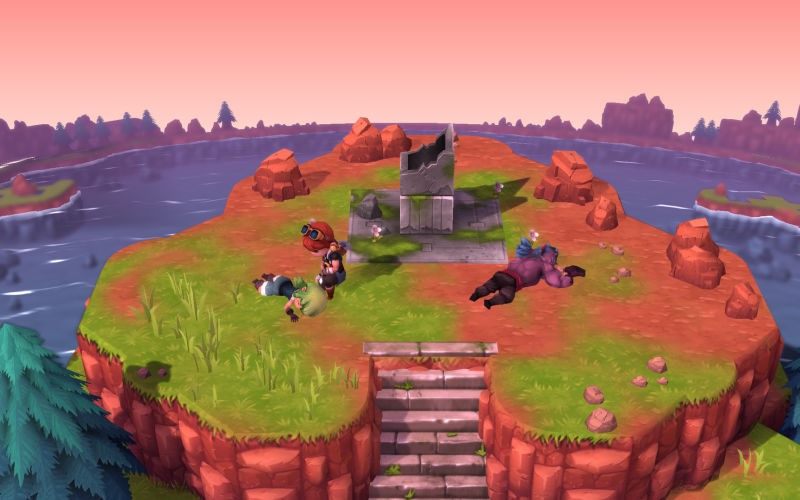 Even though experimenting with different mini-games was genuinely excellent, there are some drawbacks that I noted while playing. For instance, the game capitalizes on the many different gameplay elements it has to offer. Since each gameplay element is only for one or two dungeons, I thought that some of them were too long, and could have been shorter as I ended up with an “I’ve had enough of this” feeling for a couple of them. This was particularly true in the platforming segments. Some objectives and dungeons were also cryptic, but luckily since Evoland 2 released a few years ago on PC, online guides are easy to find.

There were also bugs that will most certainly be fixed in a patch. For the record, I was reviewing on version 1.05. For starters, in the main city of the future, the floor is above the character models, so we cannot see the characters or the NPCs. There are also many random crashes that happen at specific moments during the campaign. One boss was constantly crashing as I was fighting him and I needed to retry six times before I was fast enough to defeat him before it crashed again. At one point I thought it was a game-breaking bug, but it appeared that there is a way to get lucky and beat the game even with this issue.

I want to mention that I played big chunks of the campaign remotely on my PlayStation Vita to test remote play, and I’m happy to report that the game looks just as great on the small screen thanks to the presentation and art style used. I also wanted to say that most trophies aren’t too hard to collect and will unlock naturally as you play through the two campaigns, but some will require some extra work, namely finding all stars and cards in the respective games. 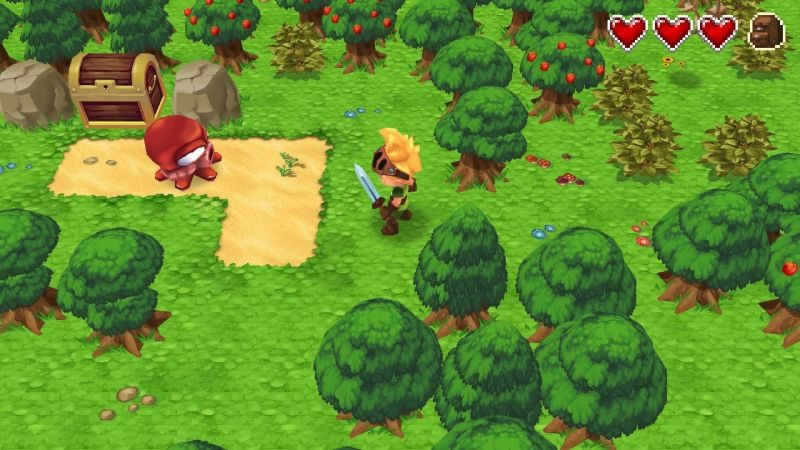 Final Thoughts
Evoland was a fun experience that lasted four hours or so, and I was definitely impressed with its originality, but once I kicked the full-featured Evoland 2, Evoland felt like a concept prototype compared to its sequel. I finished Evoland 2 in around 15 hours and change and was impressed by the fact that there are a ton of mini-games to play, and three full versions of the overworld and cities: the 8-bits (past) one, the 16-bits (present) one, and the 3D (future) one. The story of Evoland 2 was great, and as a whole, I definitively recommend this collection to gamers looking for a great adventure that pays homage to many of the classics, including the beloved The Legend of Zelda series.

Disclaimer
This Evoland Legendary Edition review is based on a PlayStation 4 copy provided by Shiro Games.

Almost There Out On PS4 And Nintendo Switch