It’s the end of the world as we know it, but people still gotta get places, making your job as a train conductor very important. Learn more in our The Final Station review!

But it’s not quite over for you… at least, not yet. And now that you’ve got thousands of tonnes of locomotive at your disposal, you’ve got the definite advantage over the infected hordes. This is The Final Station.

The real question is whether or not you’ll help the survivors get to their destinations…. or let them die and loot their bodies. Sometimes people can be more trouble than they’re worth.

A post-apocalyptic adventure about traveling a dying world on a train.
A story that goes through 5 chapters, with large inhabited stations at the end of each one.
Infected are ready to stop your progress whenever you exit the train to look for supplies.
Maintain your train in operating condition and craft valuable items from the resources you scavenge.
Don’t expect to shoot your way through the crowds of infected. Supplies and ammo are very limited.
Pick up survivors along the way, gaining perks (and hindrances) for your troubles.
Scavenge for loot at stations and craft useful supplies.
Sell your loot at inhabited stations for useful upgrades to your weapons.


You are a train engineer with a modest train. Upon arriving at a stop, no one is there except white-eyed zombie-like creatures. You, as the player, quickly learn that a virus has overtaken the world, which is why your new purpose in this new era is to help the survivors, and the army trying to save everyone, with the power of your train. The Final Station is a different take on the post-apocalyptic survival genre and a fun and challenging game on the Nintendo Switch! 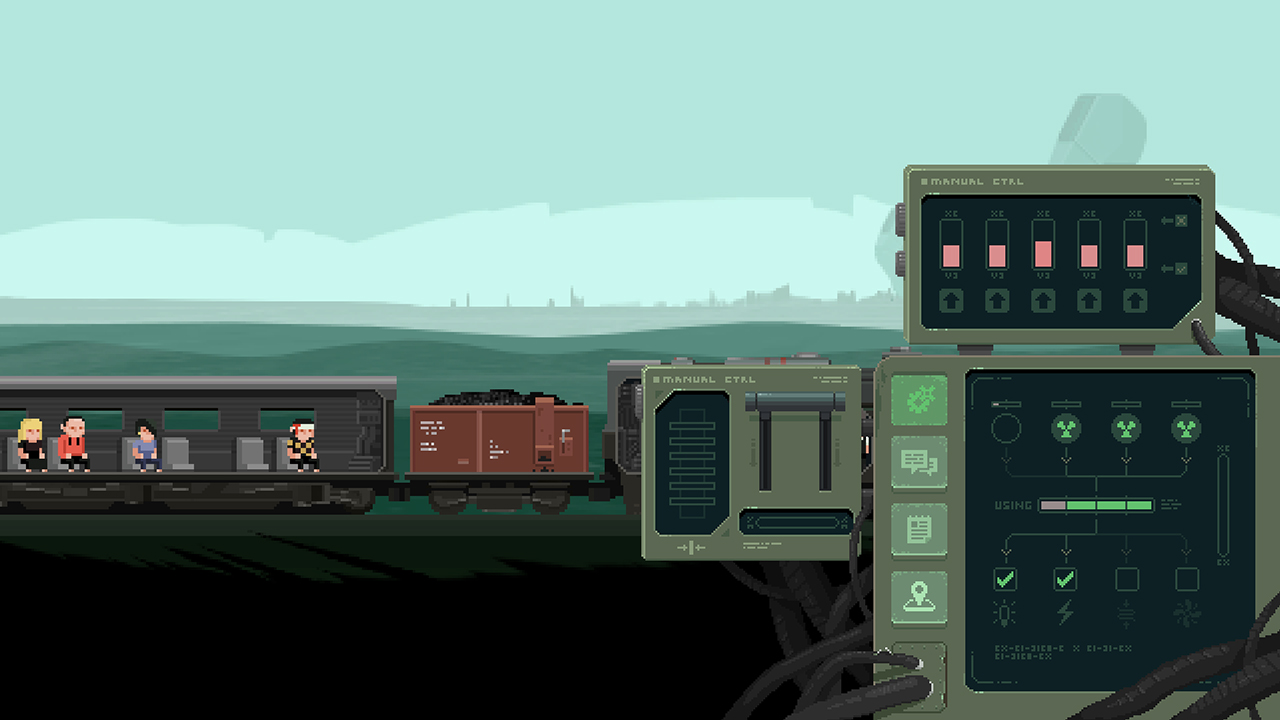 The game has two different modes. One has you driving the train and tending to your passengers, keeping them alive so that they can make it to the next stop. The other starts once you arrive at the next station, since the gates that lead out of it are locked, and you have to unlock them to carry on, which will force you to wander around the area as you also try to scavenge some supplies for the people riding in your vehicle of hope.

The sections that have you driving the train are interesting as you only have so many resources from your looting and you have to make many life or death choices for the passengers you carry. You can decide to save a rich man and get a bigger reward for doing so, or you can use your supplies to help a poor old lady, which nets a lower reward, but it’s good for karma, right? The fact the game continues to have you making these heartbreaking decisions brings some extra depth and gravitas to this portion of the game. 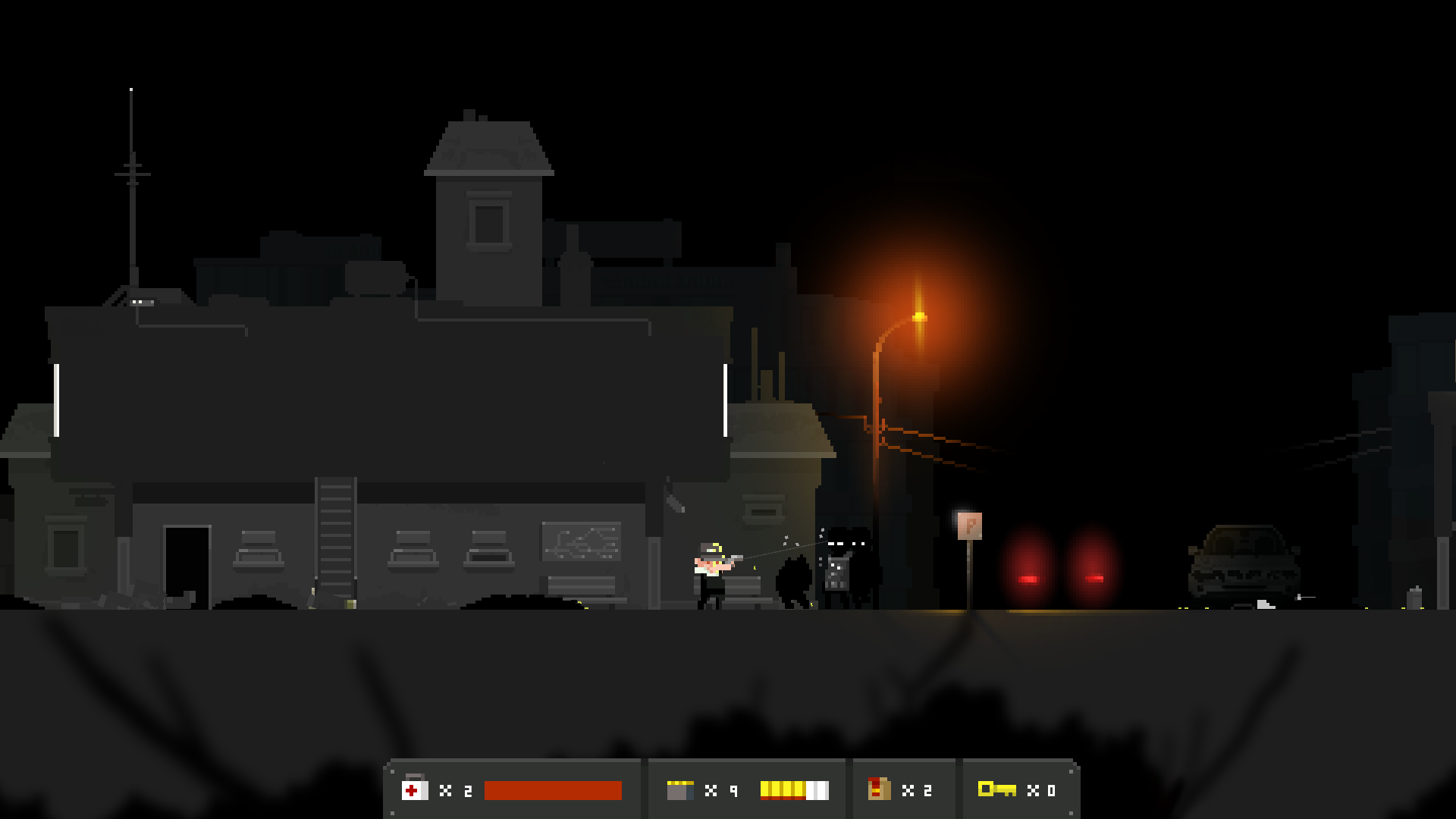 The exploration parts take much more of a turn into typical survival horror. You go through many different types of buildings, including stations, office buildings, and homes, as you search for much-needed supplies. It really keeps you guessing because as you explore you don’t know what’s on the other side of the door, so you need to be prepared! You will find medical supplies, food, ammunition, and more, which are all useful for your journey. If I had one complaint, it would be about the number of enemy types, as they don’t really break the mold since they all follow the zombie archetypes you have seen in other games. Because of the lack of enemy variety, it can make the game feel a bit repetitive as you learn the best way to exterminate the zombies and move on.

The pixel graphics are excellent, drawing you into the world with suspense around every corner. To help you understand what type of world you are dealing with, you will also find notes and other things while exploring that tell you some stories of what has happened and about the tragedy that befell these places. The music left me feeling somber and sad, which certainly makes it the right choice considering what has happened to this world, and the many life or death choices you need to make as you carry on to the end. 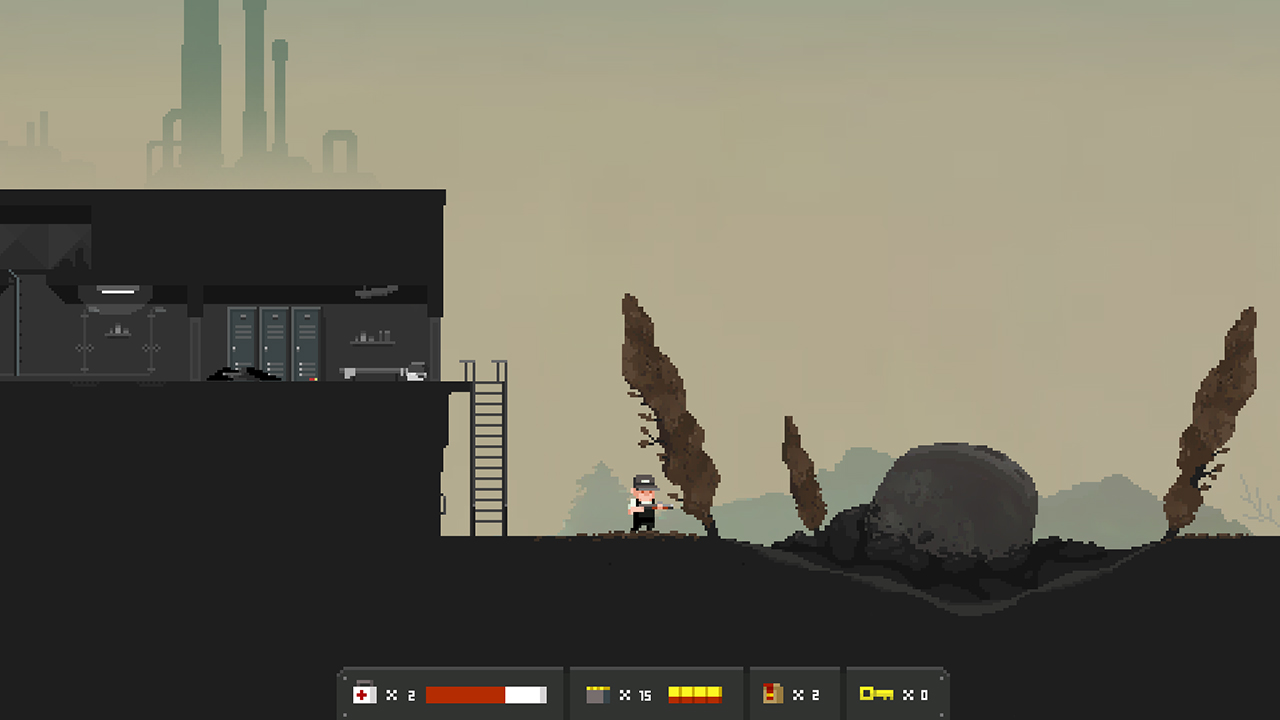 I really liked The Final Station on the Nintendo Switch. It’s a new take on the survival genre presented from a different perspective.
It does some really cool and unique things, especially with the resource management sections. The exploration sections are great but can get a bit repetitive overall. That being said, this is as a cool indie release on the Nintendo Switch and an easy recommendation.

Disclaimer
This The Final Station review is based on a Switch copy provided by tinyBuild Games.

Xing: The Land Beyond Out Today On PS4 And PS VR