In Sling Ming you play as Princess Ming who must use the Oxylane, a transportation system on rails, to hook herself up so she can swing around, defying gravity as she sets out on an intergalactic adventure. After an earthquake too many ends up opening the ground of the castle, Princess Ming jumps down said opening, reaching the forgotten basement. With the help of royal advisor Iso, she puts on a special suit and connects to the Oxylane. It is then that your journey begins! 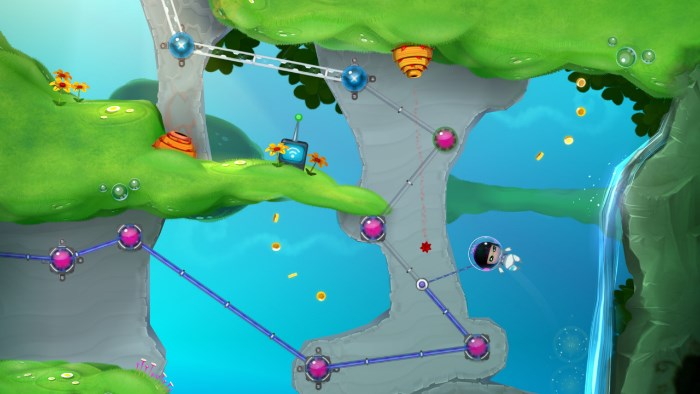 The first thing you will need to do when playing Sling Ming is to select between touch controls by way of the Nintendo Switch touchscreen or if you’re going to be using a controller – that is if you’re playing in Portable of Tabletop mode. Once you’ve decided on that (and knowing that you can change your selection in the options menu if you want to), and after selecting between the Normal and Hard difficulty settings, you’ll get started with your quest to find a solution to all the problems afflicting your people. 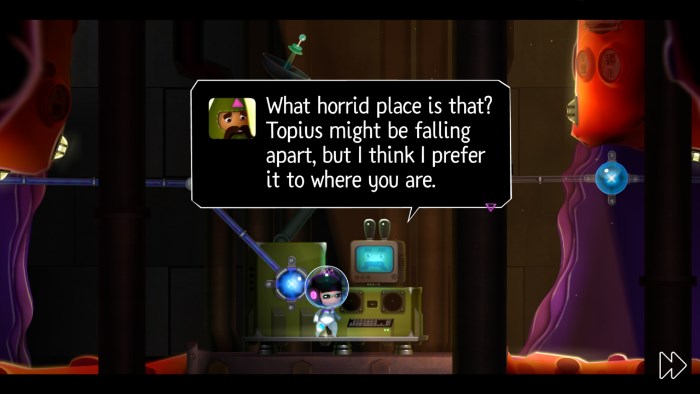 You will need to select each of the nodes in the Oxylane as you go so that Princess Ming can swing around between each of them, one after the other. If using the controls, you can move a cursor with the left analog stick and then press the A button to select a node to which Princess Ming can travel to. You will need to time your movements so that you can gain enough momentum to grab any collectible in your way, while also trying to avoid any dangerous enemies or deadly hazards in your path. 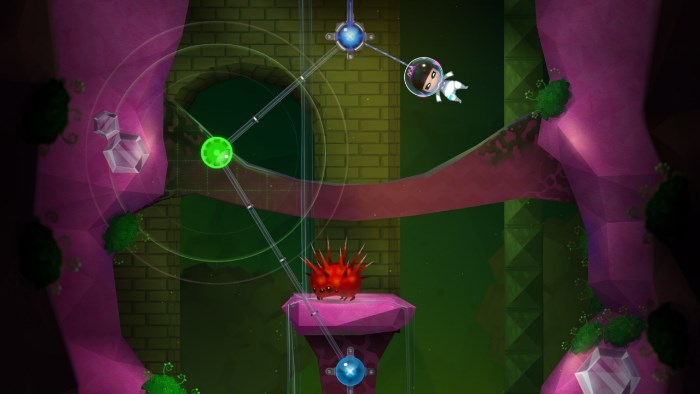 This can be done by using the green nodes in your path which can be moved to change the shape of the Oxyilane path. You’ll need to move nodes around and gain momentum so that you can swing around hazards such as oozing acid and lava. As you travel down the Oxylane, you will be able to call Iso on the terminals that you find. This is important since, on top of helping to move the story along, you will also get information and hints on what you need to do to continue with your quest. Once you find a door that is locked by three missing keys, Princess Ming will decide she has to go out into space to search for the keys at the coordinates specified by each keyhole. It is then that you’ll meet your new companion, the onboard computer pathOS!

Once you’re out of your home planet, you will notice that you’ll be graded based on your performance for each area you visit. You’ll be told how many coins you collected, how long it took you to complete the area, the overall score you got, and how many of the available challenges you managed to complete. You might be asked to complete the section at a very fast speed, to collect all coins available in the area, or to complete the section without bumping your head against a surface. You can continue with your adventure without doing the challenges, but if you want to 100% the game, then you’re going to have to replay each section several times to complete all challenges since most of the time you can’t do all of them in one go. 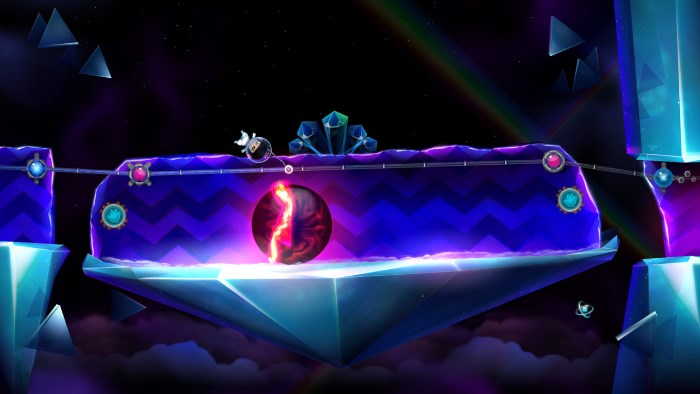 The momentum you gain from going from node to node, as well as how you position each of the sets of nodes you can move, will allow you to collect the many golden coins in the game, as well as the itoms that are scattered around each planet. For some of these you’re definitely going to have to rearrange nodes several times since there is no way of getting every collectible in a single go since each area has some collectible hidden in small spaces that can only be reached if you go out of your way and build a path there, away from the exit. You’ll also gain some extra skills along the way, such as being able to travel through the Oxylane at hi-speed by double pressing the A button/double tapping a node on the touchscreen by way of special paths, which helps to keep things fresh. 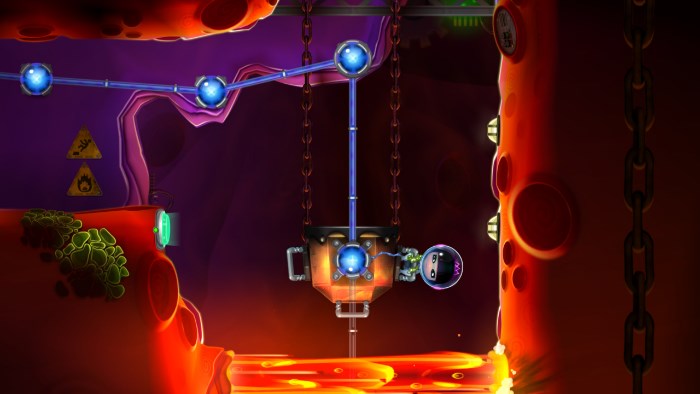 Sling Ming includes an in-game achievements system with several objectives to complete. There is one for launching the royal rocket, another for swinging at high speed for 10 seconds, for performing 10 loops in a row, for throwing something high up in the air and having it land over your head, for holding a bomb berry until it blows, for collecting 100, 200, and 300 coins, for collecting 10, 20, 30, and all itoms, for completing 10, 20, 30, and all available challenges, and for speedrunning the game in under 120, 90, and 60 minutes, to name some examples. 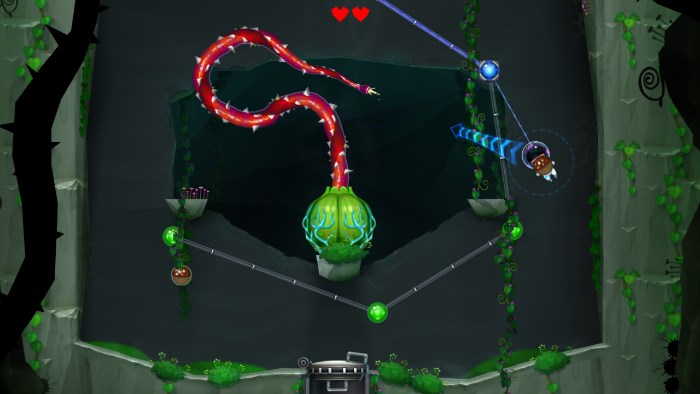 Sling Ming was definitely a surprise for me on the Nintendo Switch. I knew what I was getting myself into, but I didn’t realize it would be such an addictive and clever release on Nintendo’s hybrid console. It’s a game I recommend you get since I’m sure you’re going to have a blast from start to finish!

Disclaimer
This Sling Ming review is based on a Nintendo Switch copy provided by Good Night Brave Warrior.