Joggernauts from Space Mace and Graffiti Games is a fun and challenging 2D platformer on Nintendo Switch. Learn more about this gem in our Joggernauts review!


If you’re playing on your own, you will be controlling two characters at once with the two Joy-Con controllers. Because of this, you can switch the order of the characters with the Y button, and then make the rear color character jump by pressing down on the D-Pad, while the B button will make the front color character jump. That’s all you need to worry about as you play this fun and colorful 2D platformer since the characters will run on their own from start to finish without any extra input needed. 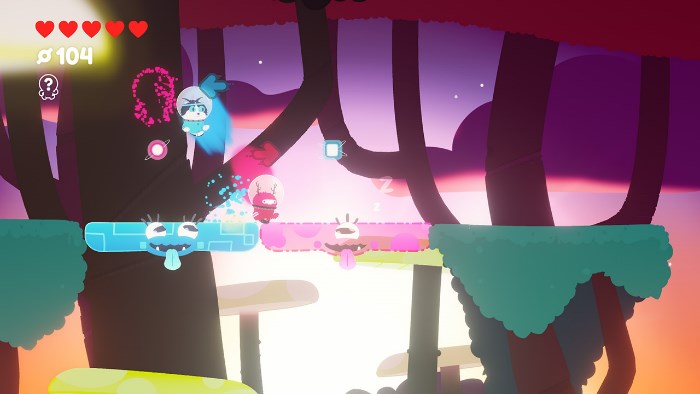 C.O.A.C.H., the coach robot will teach you the basics. You must hit the monsters in the obstacle course with the character of the corresponding color to stay healthy and not receive any damage – not doing this will make you lose one of your hearts form your health bar. You can, of course, collect the big red hearts on the playing field to recover some of your health. You can also grab power-up packs by running into them as you complete each obstacle course, giving you useful things such as an energy field that protects you from one hit. 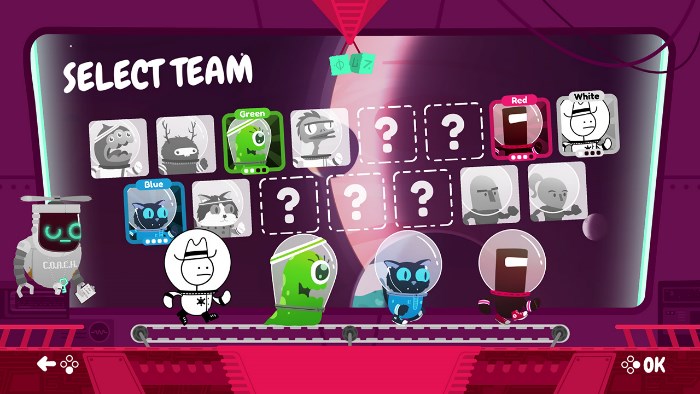 As you run down each level, you will also spot energy orbs that will match the color of the characters, and you need to grab as many as you can! Why? Because there are checkpoints you can unlock, but in order to do this you will need to spend some of the energy orbs you have collected. Checkpoints are definitely worth it if you want to redo some sections of a level, especially if you’ve had a good run for the level so far and have stayed healthy and have collected enough energy orbs to pay for the cost of the checkpoints. 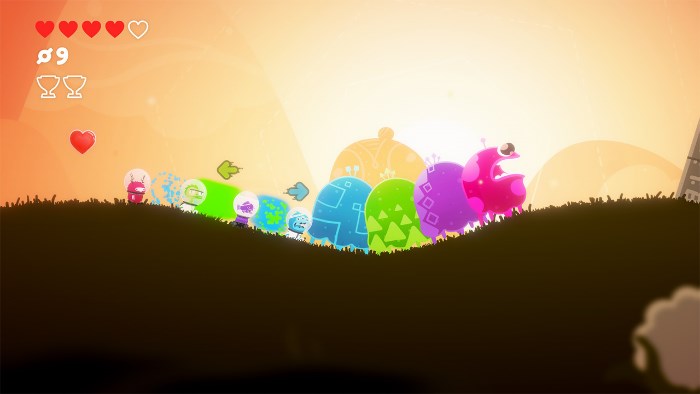 There are also gold trophies to collect in each stage, so be sure to keep your eyes open for them so that you can collect them along with everything else a stage throws at you. Some trophies will be up for grabs, while others will require that you collect the available colored keys that are out in a stage so that you can gain access to the coveted trophies. If you manage to collect both trophies in a stage then you will get access to a special bonus stage at the end with a particularly tricky pattern of enemies to defeat so that you can collect the big giant yellow star at the end of the short bonus section – this star will be added to the level marker in the world map so that you can know which stages you have fully mastered. 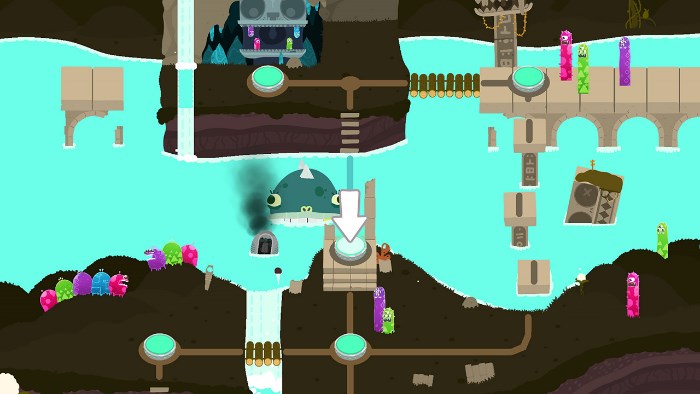 There are also special stages where there are no trophies to collect, but where you can actually unlock extra characters to play as from other indie hits. The one I’m going to spoil here for you is the beloved Commander Video from the Bit.Trip series. Considering that the game already includes unlocked cameo characters from indie releases such as Runbow and West of Loathing, the extra unlockable characters are certainly a fun bonus. 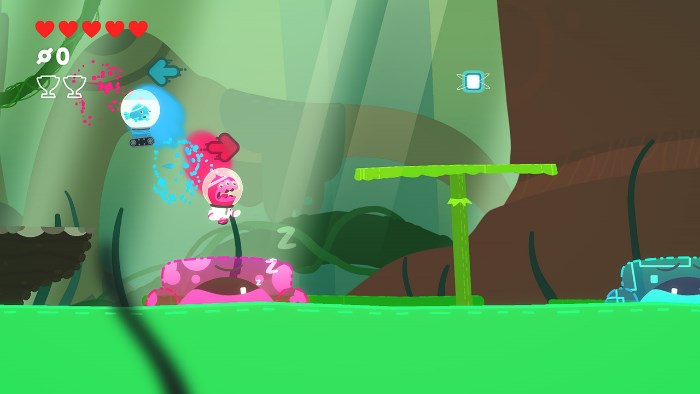 You can select to make a stage easier or harder by adding modifiers to your run. This allows you to change the number of hearts available to characters (from one to ten hearts), change the cost of the checkpoints to cost fewer energy orbs or twice as many orbs. There is also the option of changing the overall speed to half the speed, ¾ of the speed, 1.5x times the speed, or 2x the speed. Thanks to the modifiers, players of different skills levels can have a chance at completing each of the stages that Joggernauts has to offer. 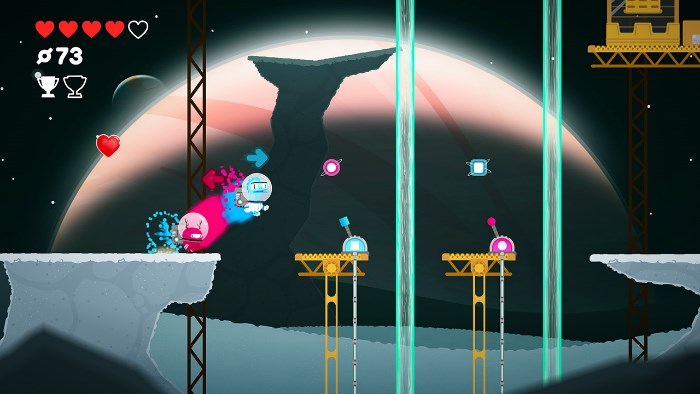 Joggernauts is a fun one to four player game that is a great fit for the Nintendo Switch and a solid option for both people who like playing games on their own and those who don’t mind things going a bit crazy when two or more people join in on the fun.

Disclaimer
This Joggernauts review is based on a Nintendo Switch copy provided by Graffiti Games.

The Occupation Hits PS4 Next Month