Hardway Party is a fast-paced arcade game. Unlock over 50 unique cars and over a dozen worlds. Play with up to 3 of your friends in versus mode or crazy survival mode. If that’s not enough, challenge anyone in online multiplayer or show off your skills in 6 differently-themed missions. Let’s get the party rollin’!

Hardway Party feels like a mobile game that has been ported over to Nintendo Switch, but it goes beyond that a bit by offering offline co-op gameplay at a budget $1.99. It’s a top-down road building game with some endless runner elements. The main menu gives you three choices straight away with nothing locked away, which I liked. The available modes are Missions, Classic and Local. The biggest drive and the core gameplay mechanic of the game for you to aim at getting the highest score possible in all of its game modes, including local multiplayer, hence the arcade-style moniker. 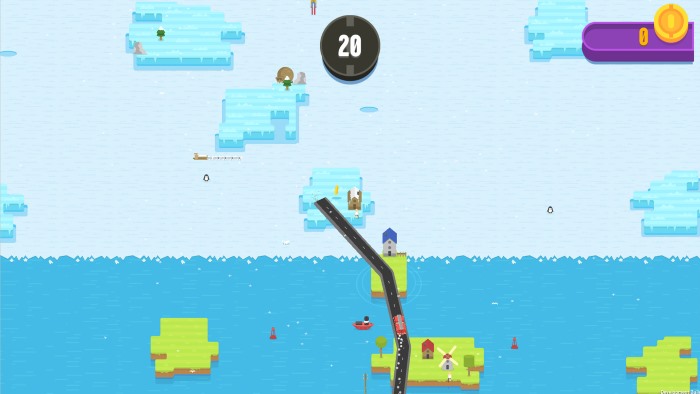 Across all modes, you will need to build roads so that your car doesn’t fall off. Falling means instant death, so it’s all about getting the momentum and the timing just right. The more roads you build and the more roads that your car passes through safely, the bigger your score. The difficulty of the game ramps up as you progress so getting the timing absolutely perfect when building roads is very important. With a few tries, you can get into a solid groove which will allow you to go a bit Zen as you try to keep your car moving and progressing without issues for as long as possible.


There are plenty of hazards to be aware of as you build roads to connect the small islands dotted out so that your car can pass through safely. To spice things up, some islands will move around which will certainly give you a headache as you try to build the road, especially since your car can’t stop moving forward. That isn’t all that awaits you, as there are also plenty of monsters, lighthouses and other stuff that will end up getting in your way. 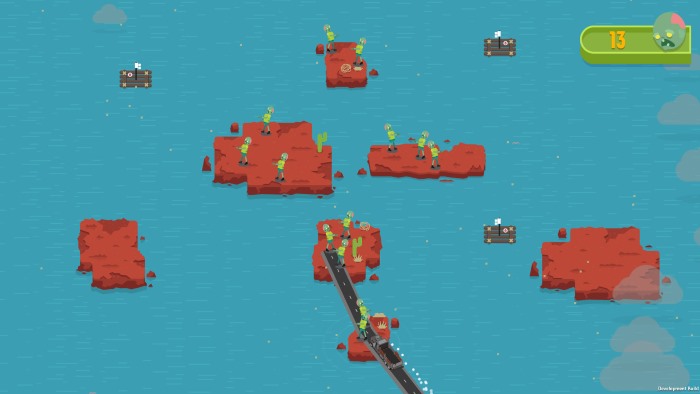 Each level has a set of objectives that you can complete, usually consisting of collecting specific items, beating previous scores, and reaching certain distances. Completing every single objective is going to require a lot of practice, and a great deal of patience! If you do have the patience, and love earning collectibles, then you have around 50 cars to unlock by collecting coins, which gives this one some decent replay value for players who like 100% their games.


Local multiplayer is available for up to three players, and the last car to survive wins the match. There is also a survival mode where you and your friends work together as a team building the roads, which does a good job of changing things up and making you approach the game in a different way.

Hardway Party is a fun arcade-style game that is available at a budget $1.99, and the game certainly offers more than enough content and a fun experience for its asking price. Be sure to check it out and let us know what you think about it! 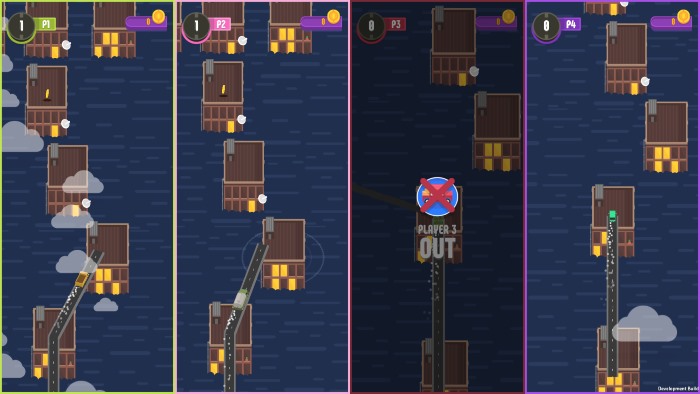 Disclaimer
This Hardway Party review is based on a Nintendo Switch copy provided by Wastelands Interactive.

Song of Memories Out Today