The game includes a Story mode, which is the main draw for the game and where you will spend most of your time with Gekido Kintaro’s Revenge. There is also a Survival mode that acts as an endless mode where you have one life and have to try to defeat as many enemies as possible before you’re overwhelmed. Another mode is Relic Hunter where, as hinted by the mode’s name, you will end up exploring the areas to try and find the key you need to open the way to the relics. There is also a Gallery where you can check the concept art for the main characters and bosses, the enemies (including some that were not used), the anime intro, the promo art, the cover art for the game, and more. 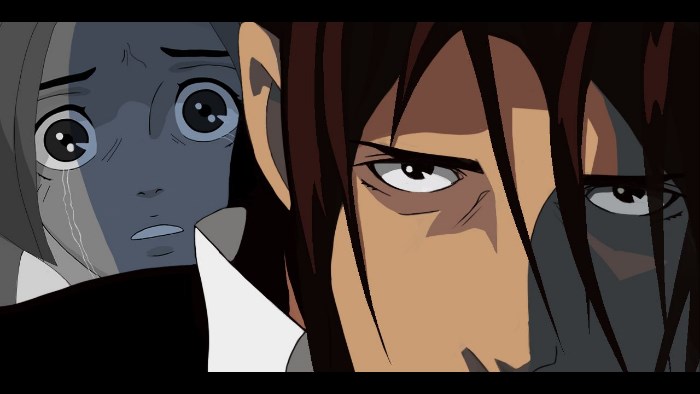 This being a beat ‘em up, the game’s controls are easy to understand. You can move your character around with the left analog stick or the D-Pad. Attacks are set to the A button for your fists, the B button for kicks, and you can jump with the ZR – press the A or B buttons while in the air, and you can do a jump kick attack to deal with groups of enemies. The final control input to consider is that you can run by holding down the ZL button, and you can do a running punch or kick to deal some extra damage. You have a charge bar next to your health bar, and once it’s full, you can press the A and B buttons at the same time to unleash a powerful special attack. 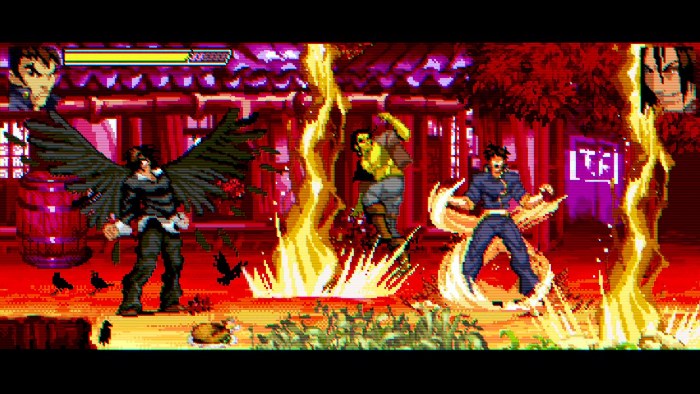 As you play, you will need to pay attention to your health bar so that you can make sure that enemies don’t hit you since they all pack a punch. On the upper right corner of the screen will show the health bar of the enemy you’re currently attacking, so that you can know how many hits it can withstand before being defeated. You will sometimes get some colorful spheres that you can pick up to gain a power-up, but you need to be careful since you might get something that will hinder your progress – making you slower is one potential bad outcome. 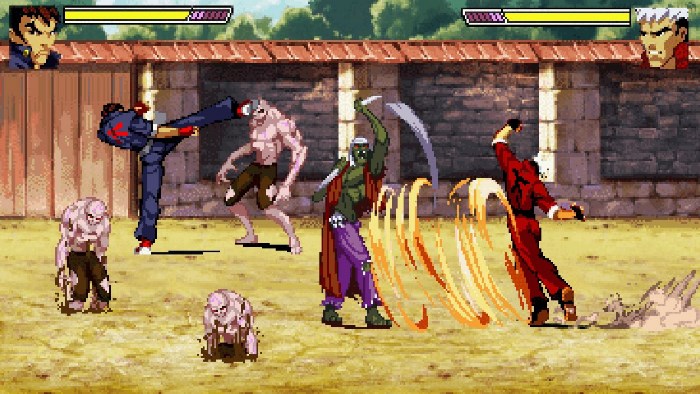 In the options menu, you can select to toggle playing the game with the original cutscenes, the original music, or both. You can also deactivate the vibration function for the Joy-Con, change the level of the music and sfx volume, add antialiasing, add a TV mode filter over the screen to activate scanlines, do that but as if you were playing on an old-school cathode-ray tube. You can also scale the display to set the image in the center of the screen, for playing in letterbox widescreen or playing in fullscreen. You can also configure the game’s controls if something feels off for you. 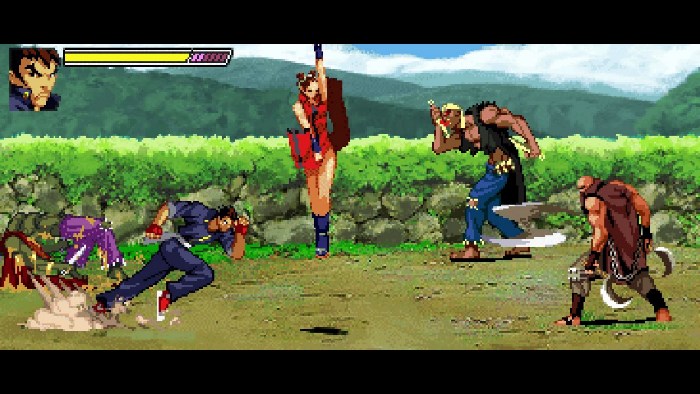 Gekido Kintaro’s Revenge is an interesting Nintendo Switch game that brings a fun beat ‘em up from the Game Boy Advance era into the 21st century with some extra bells and whistles. If you’re a fan of the genre, then you should check this one out since it’s only $9.89. 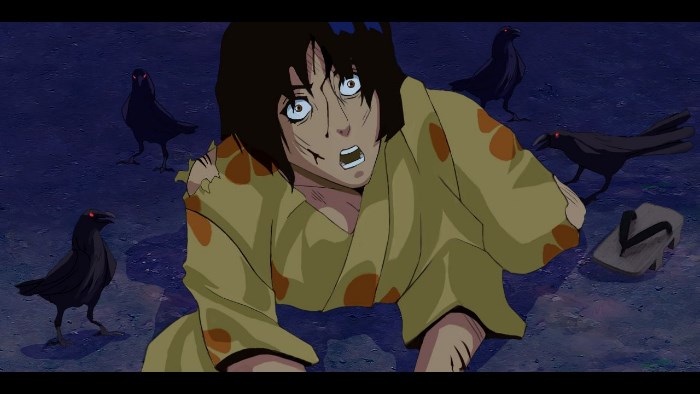 Disclaimer
This Gekido Kintaro’s Revenge review is based on a Nintendo Switch copy provided by Naps Team.