FutureGrind is an arcade-style futuristic stunt-racer platformer on Nintendo Switch. Learn more in our FutureGrind review!


In FutureGrind you will take control of a two-wheeled bine in a futuristic world as you try to perform different stunts to combo up your run. The game offers a story mode in which you take on the shoes of a newly-sponsored rider who is more than ready to leave a mark in circuit among the seasoned pros. You will start your career in some relatively easy tracks where you’ll get to learn everything you need to become a full-fledged racer. 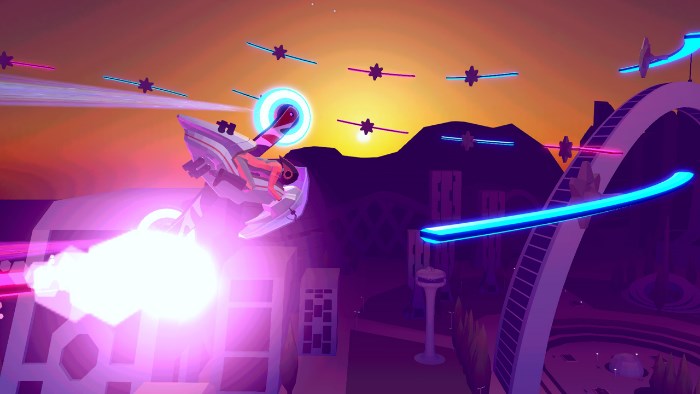 You will get to take on more 30 tracks that will test your skills in full so that you can see if you’re as good as you think you are. Luckily controls are straightforward since you are riding over a 2.5D plane. You will be able to jump in your bike, and double jump as well, by pressing the A button, and the longer you hold down the jump button, the longer the jump will be. You will spin your bike with the left analog stick… and that’s all there is to it! As you ride down a track you need to match the color if your wheel to the color of the rail you’re on or else your bike will go boom – the game acknowledges that some gamers might have trouble with colors, so it has a colorblind setting in its accessibility section. 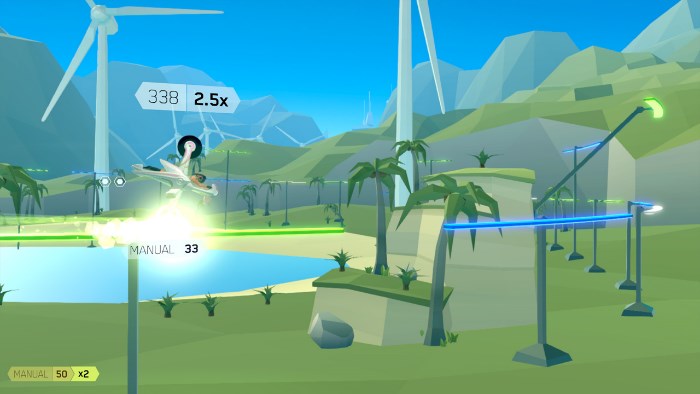 You can grind a rail on its topside as well as on its underside, and you do this by holding down the jump button when you’re under a rail. A trickier stunt is to hang from a rail by timing a jump so that your top wheel lands on top of the rail while the rest of your bike goes under it. You can apply the same principle to doing a stunt with your lower wheel and the lower part of the rail to perform a push grind. Your bike can also flip forward and backward, and the bigger the flip, the more points you will get.

As I mentioned before, as you perform jumps, flips, and grinds, you need to be aware of the color of the rail at all times so that you can match it with your wheels accordingly. During trickier sections of a track, you might find some white rails which you can ride with either wheel, but they will end your combo multiplier. If you want to get the highest score possible for a track, you’ll want to avoid white rails, but sometimes they are a much-needed break from all the action. 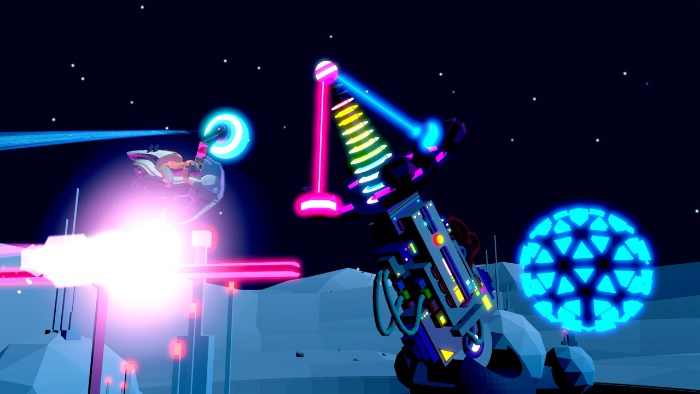 The soundtrack for FutureGrind is something I also have to mention. The songs from bignic offer a set of beats that definitely help to sell the futuristic setting with its electronic elements and casing. If you would like to hear more of the game’s soundtrack, and perhaps show your support by buying a digital copy, you can head over to bignic’s Bandcamp page where you can get the 19 songs strong soundtrack for only $6.

This one includes an in-game achievement system so that you can aim at getting 100% in style. The objectives include things such as completing at least one track with each of the five bikes you can end up riding, getting a diamond trophy in a track, getting ten diamond trophies and getting nothing but diamond trophies. There are also some achievements to mark some particular milestones such as grinding for a total of 42,195 meters, spinning a cumulative 341,159 degrees, as well as beating a track without spinning and beating a track without jumping. 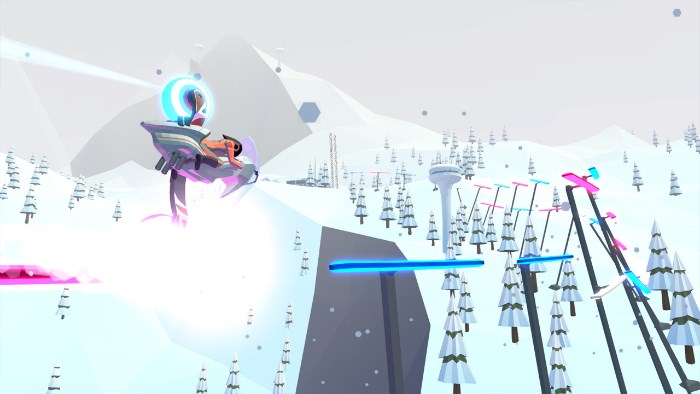 FutureGrind is s fun 2.5D arcade-style futuristic stunt-racer platforming thing that feels right at home on the Nintendo Switch. The dev team knows that the game might feel like a bit too much for some players, so it has included an assist mode that will lower the overall difficulty so that players of other skill levels can join in on the fun. The good news is that while assist mode is active you can still unlock achievements, but the bad news is that your scores will not be saved. How will you play? 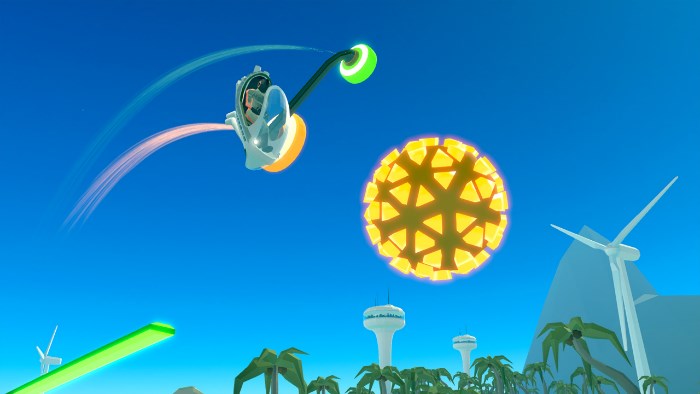 Disclaimer
This FutureGrind review is based on a Nintendo Switch copy provided by Milkbag Games.