Coffee Crisis from Mega Cat Studios is an old-school infused 2D beat ’em up on Nintendo Switch. Learn more about it in our Coffee Crisis review!


Mega Cat Studios took Coffee Crisis to Kickstarter to try and secure the funding needed for releasing the game on PC and on an actual Sega Genesis (or Sega Megadrive) cartridge. The campaign managed to reach its funding goal, and the game has now made its way to the Nintendo Switch. This is an old-school infused 1990s homage-paying beat ‘em up with a 16-bit look that is definitely going to grab your attention with its solid art style and character design as well as its fun gameplay mechanics. 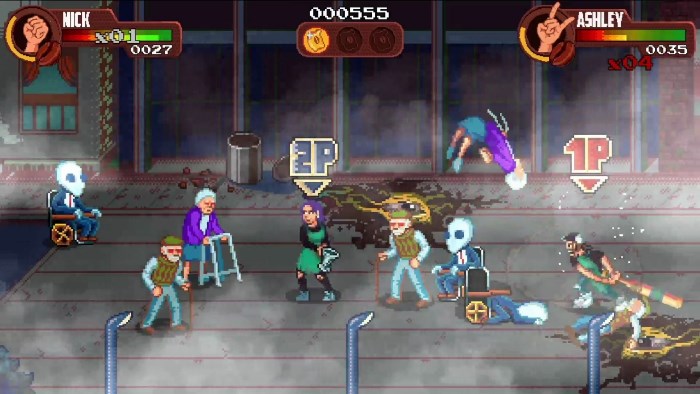 You can take on the game in a single-player mode where you can select either Nick or Ashley, or you can go at it in the local co-op mode so that each player controls one of the characters. You will, move around with the left analog stick or the D-Pad, and can attack with Y button (or with the R or ZR buttons). The attack button(s) can also be held down to charge up a stronger attack that will deal considerable damage. The B button is for jumping, and the X button is for picking up stuff or for grabbing opponents. You can use your special attack with the A button (or with the L or ZL buttons), but you need to be careful since every time you use it you will lose some of your health. 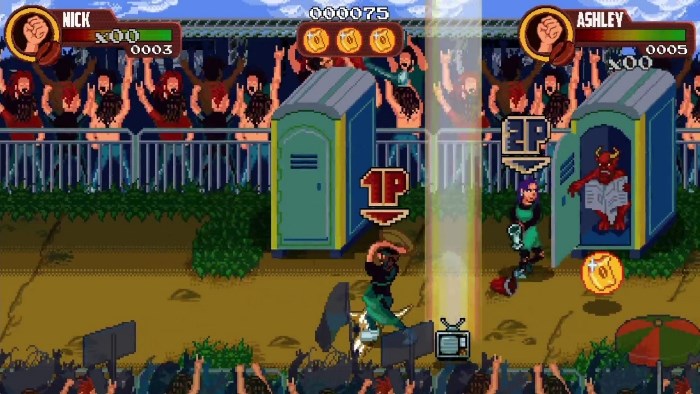 As for the game’s story, it turns out the Smurglian race has decided to pay Earth a visit to steal its most prized possessions: metal music, all of the Wi-Fi (all of it!) and, worse of all, the best coffee anywhere. As a pair of metal-loving baristas, you are tasked with fending off the alien invasion before it is too late. Enemies come in different colors, shapes, and sizes, from wheelchair-bound large-headed aliens, possessed cowgirls and men in black, to possessed gramps and grannies, to name some examples. 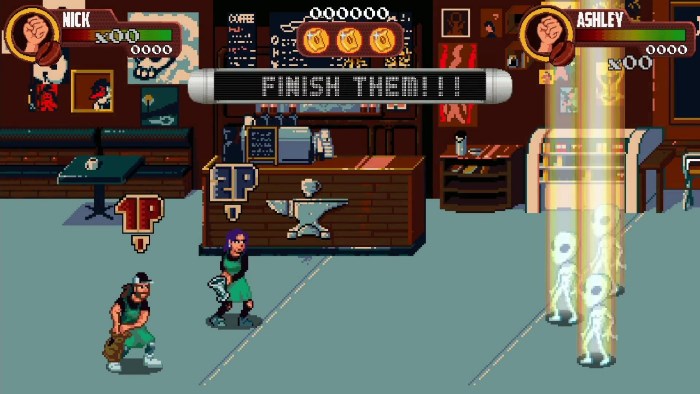 You can select to play the game as a normal beat ‘em up, or you can go at it with gameplay modifiers and/or camera modifiers – you know, to play into the whole coffee theme. Modifiers will add new variations to the gameplay which might mean you gain a ton of strength and go all metal on the aliens, or that a new group of enemies is called into battle out of nowhere to increase the overall difficulty of that particular fight. Camera modifiers change how the game looks, making it all grainy black and white, monochromatic, adding a CRT-like effect over the screen, and more. 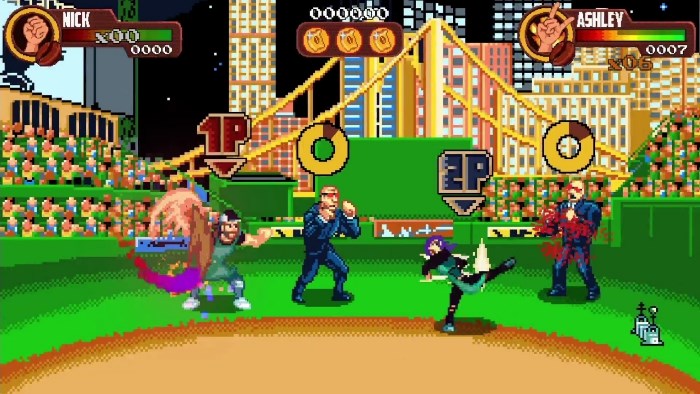 As you complete each stage, you will get a lever clear stats screen where you can review how many aliens you defeated, how many coffee bags (you only have one life, and coffee bags act as extra continues) you collected, your total score, and the total of beans. Completing a stage will also reward you with a password you can input at the password menu which you can access from the main menu. You will also get a password when you get a game over, so even when you’re defeated you will make some progress – just input the password and carry on! 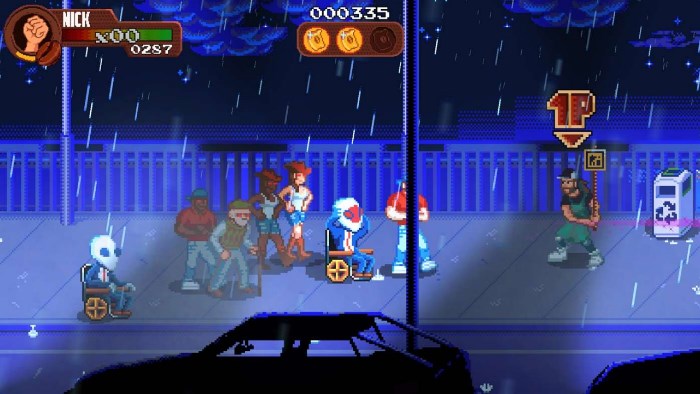 Coffee Crisis is a serviceable beat ‘em up on Nintendo Switch. The game is a fun button masher, but its difficulty curve means it’s not going to be for everyone. There are big spikes in the difficulty as you go from stage to stage, and the fact that enemies can retaliate even when you’re actually hitting them feels a bit weird considering the general rule of the genre is that an enemy that is being attacked cannot attack you as well. Add to this how enemies tend to attack you all at once, sometimes in groups of 6+ enemies, and you can see how you will end up dead sooner rather than later. But if you’re up for a challenge then give this one a try! 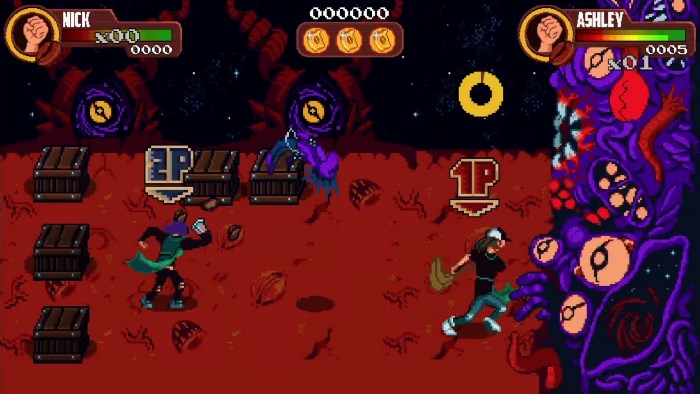 Disclaimer
This Coffee Crisis review is based on a Nintendo Switch copy provided by Mega Cat Studios.