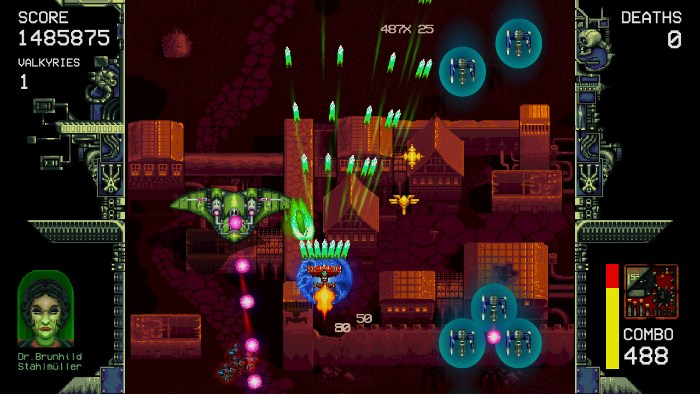 In 1917 – The Alien Invasion DX from Andrade Games and KORION you will take on a challenging bullet hell. As the name suggests, the aliens have invaded, which is why Dr. Brunhild Stahlmüller has decided to upgrade a Triplane from World War I by using alien tech to be able to destroy the invaders before it is too late. She is determined to put a stop to this nonsense once and for all by taking the fight to the aliens by tracing a route to their alien world as she kills all enemies in her path. 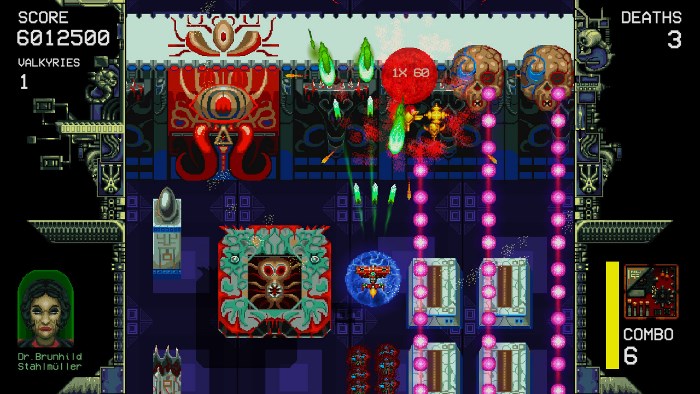 The controls are very simple and easy to understand so that you can focus on dodging the onslaught of bullets sent your way as you destroy all enemies. You will move around the screen with the left analog stick and can attack with the A button, while the B button can be used for special and more powerful attacks that pack a punch, but that can leave you open for trouble as you are slowed down considerably when using it. And that’s it! Always be on the move, always attack enemies, and always try to dodge the dozens of bullets making their way to you at all times.


As you take on each of the game’s eight stages, you will run into enemies of all shapes, colors, and sizes, all linked together by the same purpose: to destroy you. Because of this, you will always need to be on the move as you dodge their bullets and try to stay away from their path since one hit is all its going to take to kill you. Luckily there is a shield power-up that will place a glowing shield around your ship so that you can take an extra hit before you go boom. The other two power-ups are a floating P that will upgrade your weapons, and a circle with a key inside that will unlock your combo potential (so that you can defeat enemies one after the other to get combos and increase your high score). 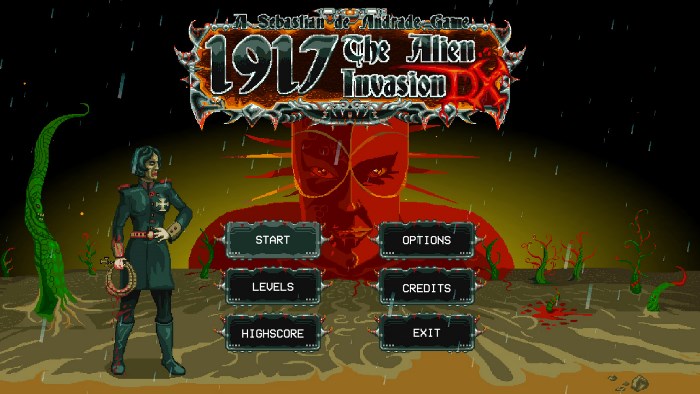 There is a death counter in the upper right corner of the screen that will increase by one every time you die, which means that death is not the end and you can carry on with your adventure. When you die you will need to start the stage you’re taking on all over again, and you will also lose any power-ups you might have collected, but since stages are short you will only lose a handful of minutes at most, even if you have managed to reach the big and nasty end-of-stage boss. 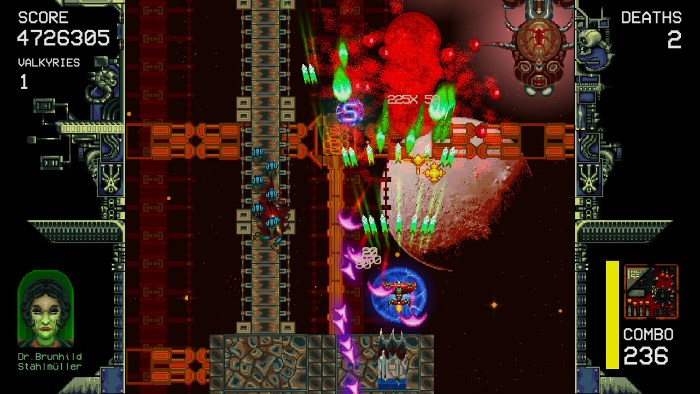 Bosses are considerably bigger than regular enemies, and they shoot out more bullets than most regular enemies as well. They’re hard to miss since they’re huge and pop out at the end of a stage, so be ready before you step up, because they will give it their all and try to distract you and destroy you with the big barrage of bullets they will be sending your way. You will at least know how much longer you need to keep up for since each boss has a red health displayed at the upper part of the screen. You will also need to plan your strategy because once you’ve done enough damage, the boss will change its attack pattern to try and throw you off in one last attempt at staying alive. 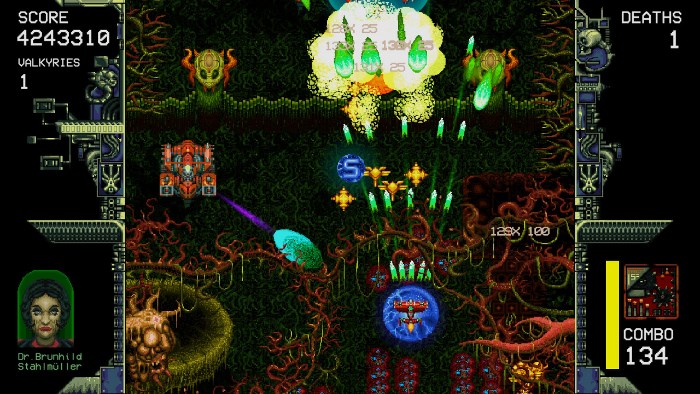 1917 – The Alien Invasion DX is a challenging shoot ‘em up on Nintendo Switch with eight stages to offer, which you can take on in single-player or in a local co-op mode that changes things a bit since having someone else to help goes a long way with this one, especially when dealing with the game’s bosses. If you’re a fan of the genre, and bullet hells in particular, then be sure to give this one a go.

Disclaimer
This 1917 – The Alien Invasion DX review is based on a Nintendo Switch copy provided by KORION.