Bolverk Games and PlayStack are bringing Dick Wilde 2 to PS VR in February, so I got in touch with Bo Bennekov at Bolverk to talk a bit about the game’s development. Come check it out!

PS4Blog: Welcome to PS4Blog.net! Can you please tell our readers a bit about yourself and your work?

My name is Bo Bennekov, and I am the CEO of Bolverk Games, a Danish-based VR games developer. We released our first game, Kittypocalypse, alongside the Oculus Rift launch, and Dick Wilde 1 championed our efforts on PSVR, as the only other launch title for the Aim controller, besides Farpoint.


PS4B: Dick Wilde 2 will be released next month for PlayStation VR. What can you tell us about the game?

We learned a lot from the community surrounding Dick Wilde 1, and we have tons of fan-requested features. We are particularly proud of the cross-platform multiplayer and the raft ride mechanic.

PS4B: How long did it take to develop this sequel?

Idea wise, Dick Wilde 2 has been in development ever since the first one launched, but full-studio development time has been roughly one year. 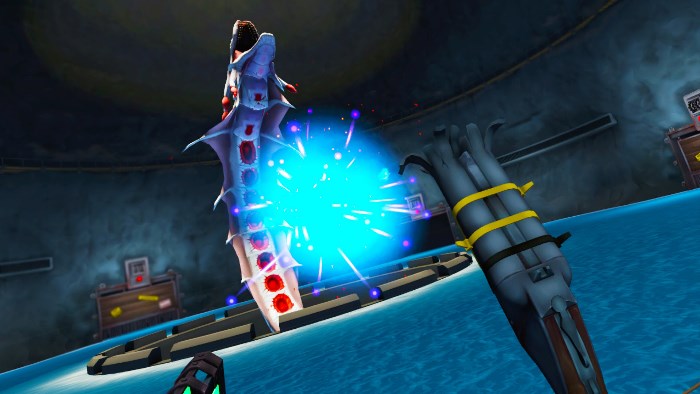 PS4B: What are the differences between Dick Wilde 2 and its prequel? How have things changed for this new entry?

First of all, Dick Wilde 2 is MASSIVELY larger than the first game. You can sail more than 40km of river, and fight enormous, screen-filling bosses. And you can do it all with a friend or stranger, boasting your best hat, which you can unlock for rocking a level. You play as Dick Wilde’s apprentice in this game, which has given us some freedom to play around with a few different things. 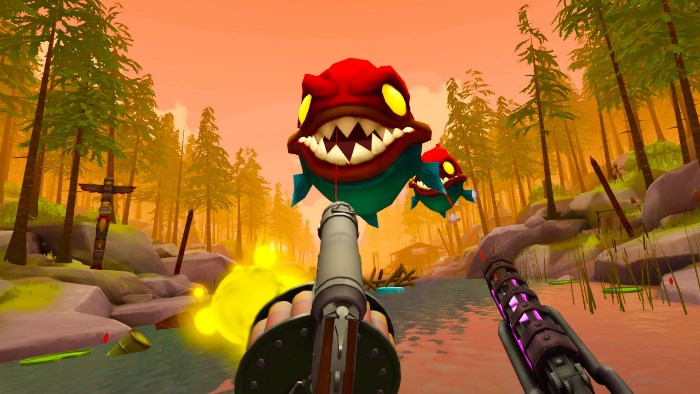 PS4B: And that’s all for today. Is there something else you’d like to add before we go?

Yes. There will be 16 unique Aim controller weapons! We are really excited for players to get their hands on the game and let us know what they think.