Williams Pinball: Volume 2 adds three new pinball tables to Pinball FX3 in a single $9.99 pack. What are the three classic tables up for grabs? They are Attack from Mars, which old-school players have fond memories of, The Party Zone and The Black Rose. Before doing this review I hadn’t heard of the other two tables in this pinball pack, and while I was aware of Attack from Mars, I hadn’t played it either, so I was ready to dive into all three to see what the pinball masters at Zen Studios had managed to do for this DLC pack.

The tables have plenty of customization choices, and you can opt for playing the classic version of the pinball table, or you can take on more modern versions full of extra effects and 3D visuals that give it a different look and feel, bringing these classics closer to what we’ve gotten used to playing in digital pinball tables, particularly those from Zen Studios with their Zen Pinball and Pinball FX series. The pinball pack is definitely worth the price of admission because of this since you’re basically getting six pinball tables for the price of three.


The first table on offer in this triple pack is The Party Zone, which is a very pretty and vibrant table with plenty of bright colors all over the place that will easily catch your eye. The table is nicely spaced with solid gaps that give you a better chance to react once you launch the ball into play. The ramps are a bit sparse compared to other pinball tables I’ve played with just the one with a shiny rocket template on top of the ramp, but at least the table has plenty of lanes for you to explore. 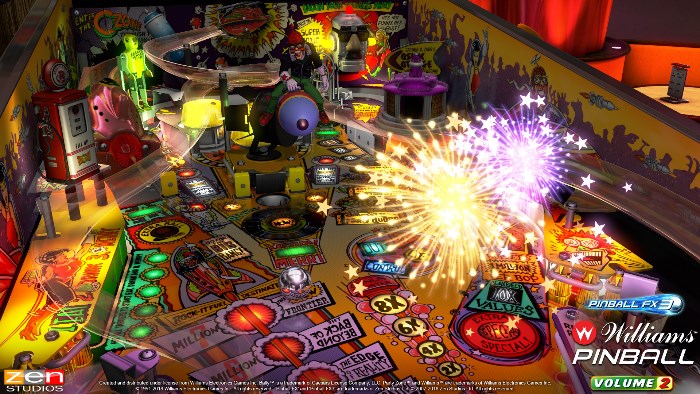 It also has a special mechanic by which you can send balls into a hole behind Captain B Zarr while he rides a rocket (in the modernized version of the table with the extra 3D effects, and you can pick one of four tunes which are catchy and will remind players of the old-school arcade days. You can also start a multi-ball bonus by sending the ball into a hole that will trigger the robot head comedian. There are other mini-games you can activate if you do things right, so you’ll definitely be playing for hours and hours as you aim at improving on your high score.


The next table is the Black Rose, which has a nice pirate theme to it. You will see the deep blue sea, pirate ships, and pirates that pop as if they were 3D figures. This table is probably the easiest of the lot since it has simple goals to achieve as you fire at other ships to sink them by entering the specific lanes for using the cannon to attack. You will combo up the ramps as you try to keep your streak going to maximize your high score. 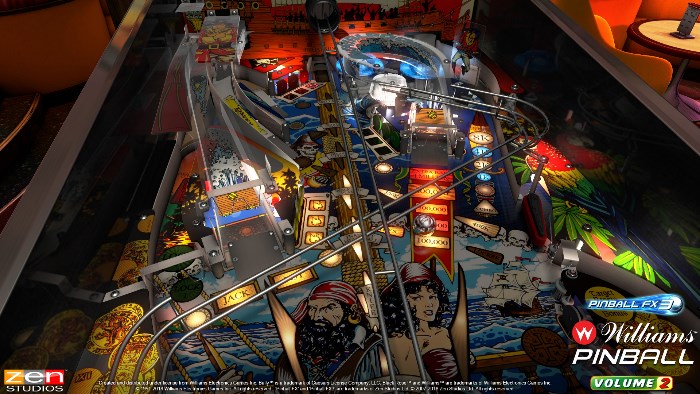 Black Rose also includes some extra things such as walking the plank and jumping to the next ship, collecting valuable booty, using the ramps to rack up a high round of bonus points, hitting the side targets, and making the most of the multiball options you have. I also have to mention the art style and visual flair for this table, both in its classic version and in the revamped and modernized version included in this pack which adds a large female pirate 3D model on the left side of the screen who cheers you on. Add in the third available pinball flipper, and you’re in for a treat. 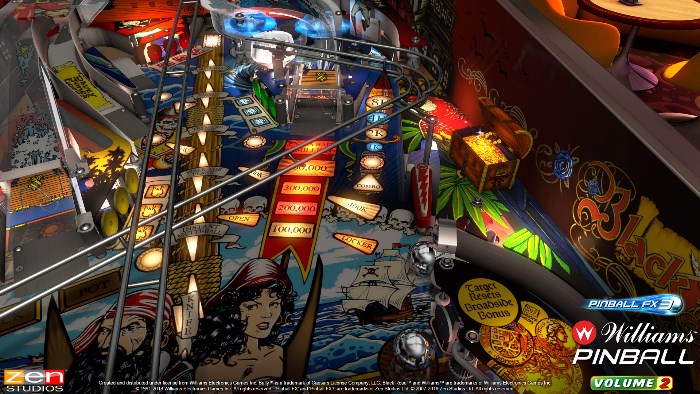 The last table in the pack is Attack From Mars, a popular classic from yesteryear that is making its pinball comeback in this great mini-collection. Those who love fast-paced pinball tables are going to love this one, especially if you’re someone who got to play the original table back in the day! As I mentioned before, I didn’t have the pleasure of playing Attack From Mars as a kid, which made this review opportunity a great chance for me to experience something I had missed growing up. While the table is not as flashy and colorful as The Party Zone and Black Rose, it does feel like the most rewarding of all three with some decent opportunities to get some really high scores. 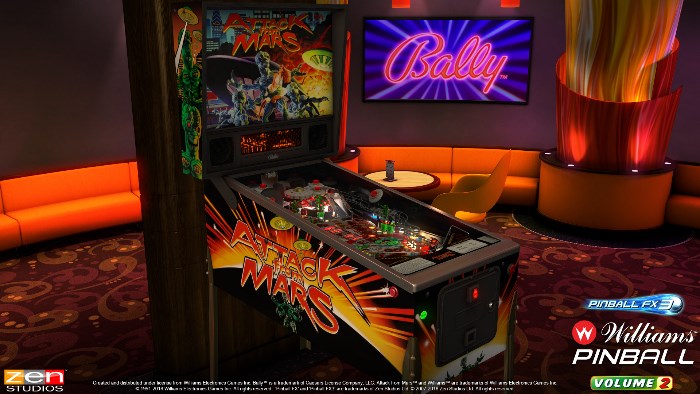 You can achieve an obscene amount of points just for hitting a single bumper, and you’ll get millions added to your score for combos up the ramps or by hitting the right lanes at the right time. After playing for a few hours I ended up scoring more points on this pinball table than on any of the other 40+ tables I have reviewed over the years, and I think I suck at pinball in the first place! If you are new to the digital pinball genre, be that for new pinball tables or for digital recreations of classics, then this is the table that will hook you in and not let go. There are multiple modes to enjoy things such as destroying flying saucers, or a mini-game where you need to get rid of them before they land to wreak havoc on the land. 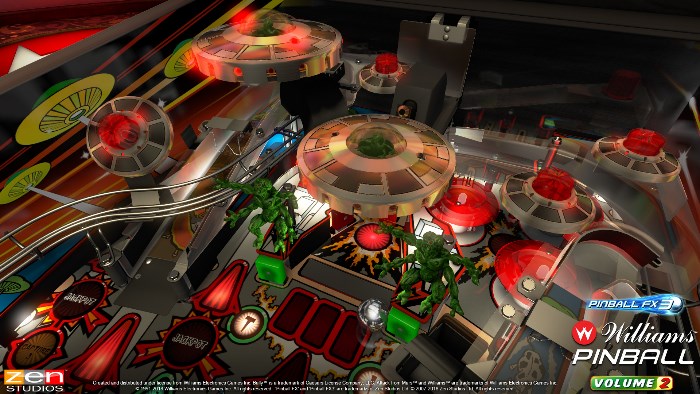 If you’re a pinball fan, then I highly recommend that you get the Williams Pinball: Volume 2 table pack for Pinball FX3 today since it offers a ton of bang for your buck. Having the tables available in both all of their old-school glory and in the revamp, colorful, 3D models rocking modernized versions is a big plus, and you’re going to be having hours and hours of fun with these three, that’s for sure! 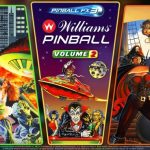 Disclaimer
This Williams Pinball: Volume 2 review is based on PlayStation 4 copy provided by Zen Studios.

Inops Out This Month For Nintendo Switch