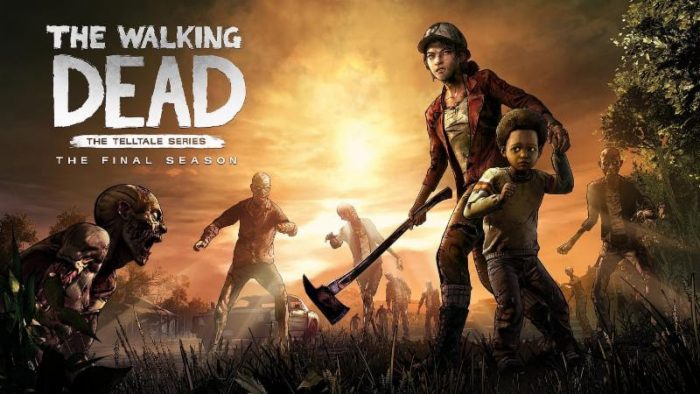 It was a long wait, but the final season of The Walking Dead is finally here! Check how the story ends in our Telltale’s The Walking Dead: The Final Season – Done Running review! 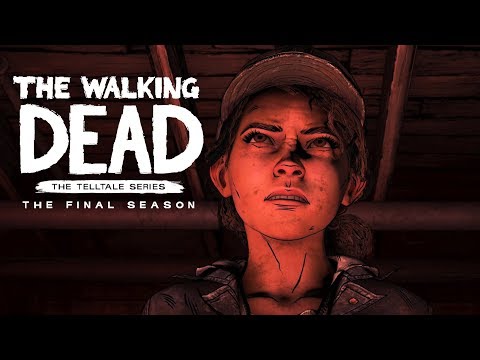 I have been following The Walking Dead from Telltale Games since the release of the first season back on the PlayStation 3, getting to know more of Clementine with every new season. If you’re new to the series, then you should definitively go buy The Walking Dead Collection – The Telltale Series since it will allow you to play everything else before you dive into The Final Season. It costs $49.99, and it will get you Season One, Two, 400 Days, Michonne and A New Frontier on PlayStation 4 with enhanced and improved graphics for Season One, Two, 400 Days, Michonne that help to bring them up to the look and feel of A New Frontier.

And before you continue, you should know that while I’ll try to keep this review as spoiler-free as possible, if you haven’t played the previous seasons, then you ARE going to learn about some spoilers in this review as it talks about some of the characters you would have met during your time with each previous season. I will also talk a bit about the overall story arc for this first episode (out of four) that will be released for Telltale’s The Walking Dead: The Final Season. Are you ready?


The first thing that you can do when you start the first episode of The Final Season is to import your save. To do this, you will need to have a save for the completed A New Frontier (the previous season in the series) so that all of the choices that you made during that season, can be taken into consideration for our final look into Clementine’s story. You can also import from saves for the first two seasons on PS4, or from The Walking Dead Collection so that all of these choices are used for your final run. 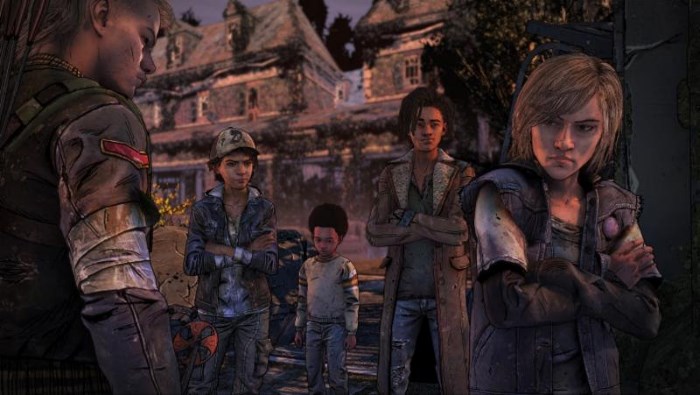 If you haven’t played one of Telltale Games release made in the new mold after The Walking Dead Season One, then you should know that get to you interact with other characters in conversations with multiple answers. You have a limited amount of time to select an answer, and you can also select to remain silent. The selection you make will affect your relationship with other characters, so you should keep this in mind as you decide on how to play things as you move the story along. There are also segments that resemble a proper point and click release, as you check thing and try to find items that can potentially help you carry on.

And now, it’s review time! After the end of A New Frontier, Clementine sets out to find Alvin Junior (AJ), the young kid she started to take care as a baby during, and from whom she was separated, as you got to see during the flashback story sequences in A New Frontier. Clementine has come a long way from the little girl that Lee helped survived during the first season of the series, and she’s now a very capable and pretty badass survivor. Finding AJ is what drove her to leave Richmond at the end of A New Frontier, and protecting him is what will drive her through The Final Season. 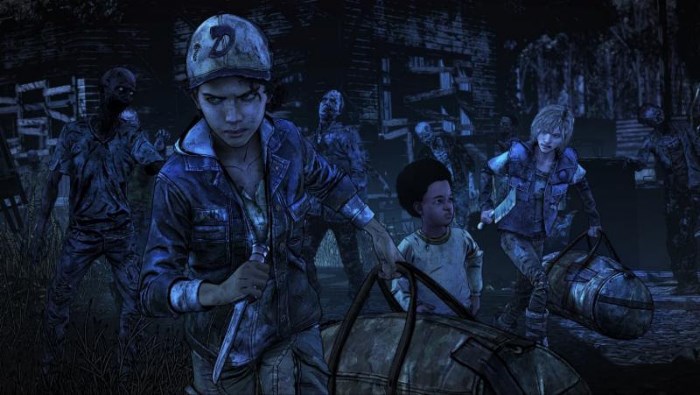 In Done Running, Clementine will get us started by doing a short recap on everything she has been through that has led us to this final chapter. You’ll learn about Lee, who protected her from the zombie onslaught during the first chapter, and if you didn’t import a save for the season, you will get a prompt to manually select the major choices made for each episode. The same will happen for Season two if there was no save imported into The Final Season, so hopefully you have a good memory so that you can make the right choices!

Once you get going properly, you will see that Clementine has found AJ, and now that they’re together, they’ve set out to try and find a new place they can finally call home. Clementine is now 16 years old, and AJ is five years old, which makes her play the role of a protective mother/big sister. Your first task, as to not spoil things too heavily, will be to find some food, as AJ has eaten the last snacks you had. This will lead you to search a house you find next to the road, and it is here that you will start to understand how this final season is different from what you might have been expecting.


You will notice that you can move the camera around with the right analog stick, which gives the game a third-person point and click/survival vibe, and this is definitely a welcomed change from the usual formula – it’s certainly more action-packed than before! This means that you will run into more action-oriented sections and that exploring some of the areas will be closer to what you’d find in a third-person action game than what we are used to playing from Telltale Games up to this point. 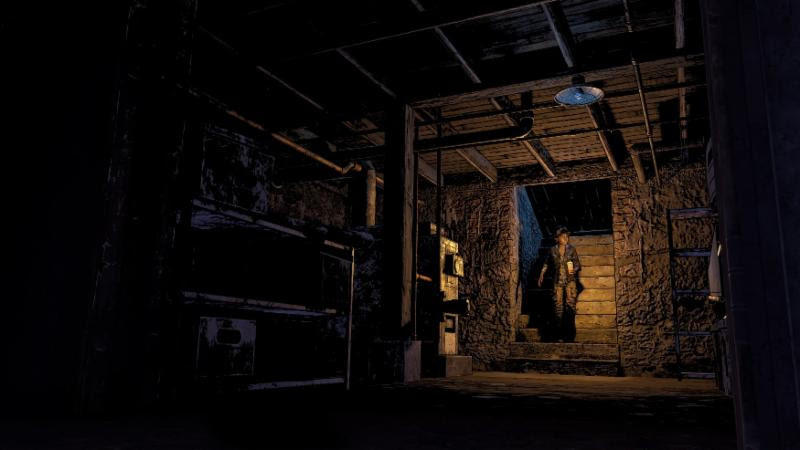 Unfortunately, things go terribly wrong for AJ and Clementine, and they are forced to make a run for it to try and reach their car before they zombie herd tears them to pieces. But even after getting to their car, things take a turn for the worse, and they end up crashing. Clementine is wounded after the crash, and all she can see is that someone is taking AJ away from the car as she desperately pleads that they leave AJ by her side. This is the setup for the first episode in this shorter season, and it’s as far as I’ll go into talking about what goes on as you play.

Trophy hunters love Telltale Games’ The Walking Dead seasons because they feature trophies that unlock as you hit different milestones in the overall plot for the story arc, but The Final Season does things a bit differently. Since it will only offer four episodes in total and not five, Telltale Games did things a bit differently by having missable trophies that you will need to be aware of. There are collectibles to find in this first episode, and that means that finding special items will now need to be part of your routine for the rest of the season, so be ready! There are also other miscellaneous trophies based on the choices you make, so you might want to make some save backups every now and then so that you can maximize your trophy hunting potential. 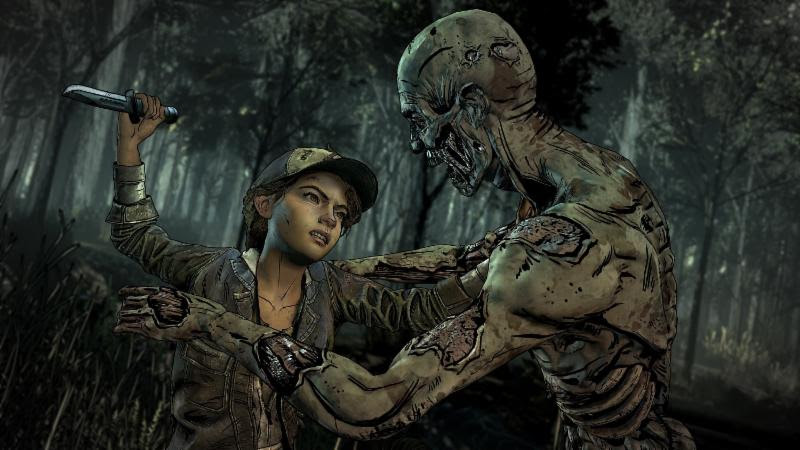 Something I do want to mention is the overall look for this last season. If I had to sum things up in one word it would probably be… daaaaaamn. Telltale Games went all out for The Final Season, giving each episode look that blurs the lines between what we get to see in the comic books/graphic novels and what we got in previous seasons. They’re calling this the “Graphic Black” art style, and it really helps to enhance the overall experience since we are experiencing the bleak future that we’d find ourselves in if the zombies took over.

Telltale’s The Walking Dead: The Final Season – Done Running hits the ground running, giving us a revamped and greatly improved take on a formula they’ve now perfected for an adventure that makes us care even more about Clementine in her new role as the one taking care of AJ in full. What goes on in the rest of the episode left me looking forward to what the next chapter is going to introduce and where things will end up going. Go get this one today!

Disclaimer
This Telltale’s The Walking Dead: The Final Season – Done Running – review is based on a PlayStation 4 copy provided by Slybound Games.
https://www.skybound.com/games/

Great start to the final season of The Walking Dead

Are you ready for The Walking Dead: Season One Live Performance at San Diego Com... July 10, 2015 | EdEN, Owner