Storm Boy is a book written back in 1964 by Australian author and educator Colin Thiele. Storm Boy: The Game is a narrated game in which you’ll take part in the story by following a little boy on a beautifully designed journey. Learn more in our Storm Boy: The Game review!

Based on Colin Thiele’s 1964 children’s book of the same name, Storm Boy takes place on the beaches of South Australia near the mouth of the Murray River, where the titular protagonist rescues orphaned pelican chicks, one of whom later becomes the child’s pet and faithful companion, Mr. Percival.

Experience an interactive retelling of the classic tale by taking control of both Storm Boy and Mr. Percival in key moments, such as when the pair rescued stranded sailors during a storm. Relive their friendship and enjoy seaside activities across a wide assortment of fun and relaxing mini-games, including sand drawing, sailing, cockle hunting, playing fetch, sand surfing, pelican feeding, and more. 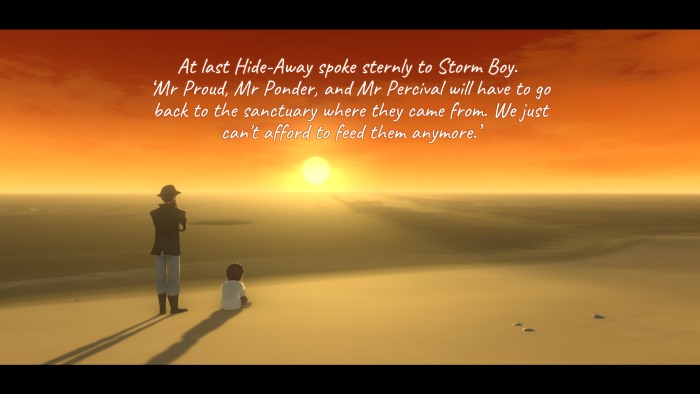 Storm Boy follows the story of a young boy on a beach, who finds three baby pelicans in a nest. He feeds them, and they grow bigger and bigger, and he eventually becomes friend with one of them, the pelican named Percival. I won’t spoil the 50-ish years old story here, so if you want to see how it unfolds, you can either play this game or get the book!

As for the gameplay, the translation from a children’s book to a game is a solid effort, with the story being narrated as you progress through the campaign. Take note that this game is very short and linear as that there is only one path available in each of the sections. While the different places you visit seem to be more open, you can only walk on a straight line.

Apart from the linear path, there are nine different mini-games that are presented as sub-segments of the book. For instance, at one point the boy must feed the pelicans, and you have a mini-game for that. The mini-games were okay for the most part, but aren’t fun enough to play them once the game is completed. Finally, and given the controls which are easy to use, the PlayStation Vita remote play works very well, so you can enjoy the game that way. 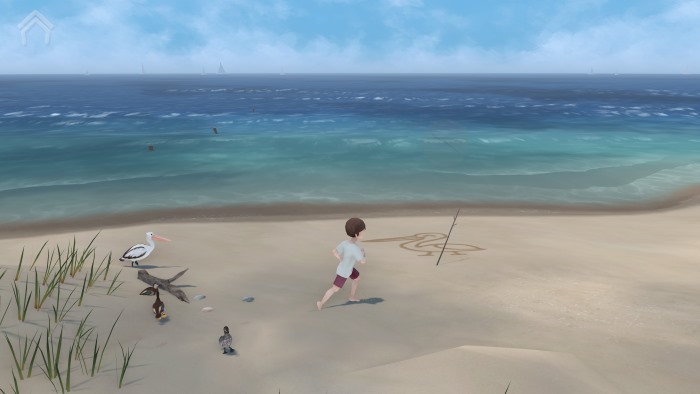 I can’t go further without mentioning the amazing art style for the game, its truly a masterpiece on that level. At some point, the sun is setting, and the shadows are incredible. The foliage on the beach also moves with the wind, and the feet of the little boy even go into the sand as he walks. There’s also an atmospheric piano soundtrack, but as I finished the game, I realized there was only one track in general, but with different arrangements for it here and there.

Now onto the different issues I had with this release. Pressing the Circle button throws you back to the game menu without asking for your confirmation. Usually, when something this drastic happens on a commonly used button, the least it could do would be to ask me it if this is really what I wanted to do. This is a recurring issue because the same thing happens when we are in a mini-game: pressing the Circle button will return you to where you entered the mini-game, forfeiting everything you haven’t completed, which is a huge overlook from the developer maybe not totally familiar with the PlayStation environment. 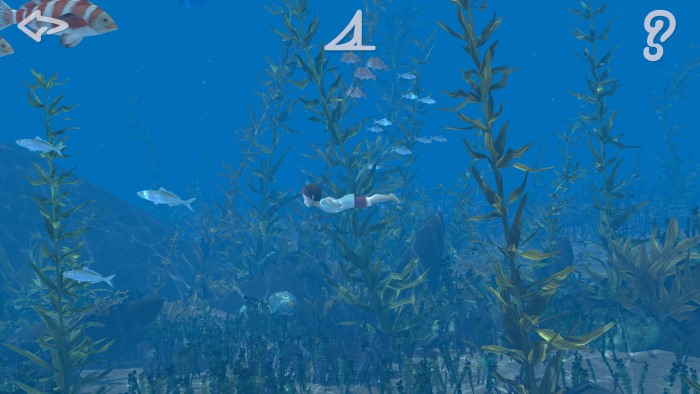 Another issue I had (for reference, I played with version 1.01 installed), and while the release notes affirms that the menu UI has been patched up, after completing the main game, it was impossible to click on the Remember menu, which allows us to replay the mini-games and is required to achieve the Platinum Trophy. I needed to close and re-open the game to make it clickable. It’s not a major issue, but one that is worth mentioning here. Speaking of the Platinum trophy, the trophies are really straightforward, and the Platinum trophy can be achieved in less than half an hour. That’s great for trophy hunters, right? 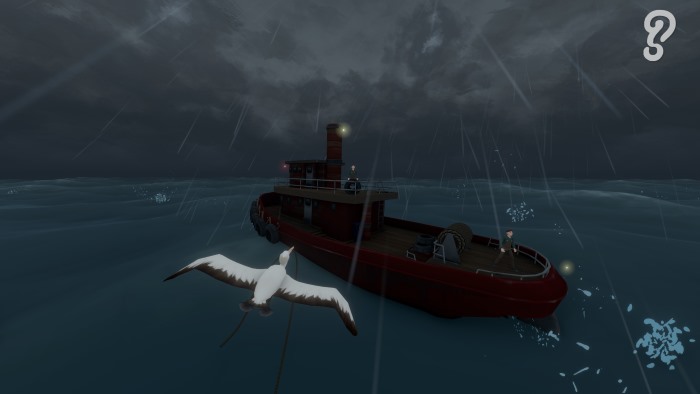 Final Thoughts
I liked playing through Storm Boy and reading the story and its beautiful environments, but be warned that this is a very short game that I Platinumed in around 25 minutes or so.
I thought that this game was wonderful, and I’m sure that kids are going to love this PlayStation 4 release. I liked reading the story and experiencing each of the settings I visited, and I shared the game experience with my kids as I played. The game is definitely a short one, but it’s available for $4.99, so do keep that in mind!

Disclaimer
This Colin Thiele’s Storm Boy The Game review is based on a PlayStation 4 code provided by Blowfish Studios.