Remember those the old marble run games you used to play, trying to get the marble to the bottom while keeping it on the track? Now think of that but in VR! Check out our review of Arca’s Path VR!

Trapped in the enchanting simulated world of Arca, it is up to you to find a path through the labyrinth and break free. With intuitive hands-free gameplay, Arca’s Path is an atmospheric VR gaming experience.
A Dark Fairytale – Enter the simulated world of Arca and unlock the truth, in a truly immersive VR gaming experience.
Challenging Physics-based Gameplay – Find your path through 25 levels of stunning crystalline landscapes.
Hands-free Control – Head tracking VR technology uses your gaze to intuitively lead the character’s sphere with skill and precision.
Ambient Soundtrack – Experience the chilled experimental electro music of Ninja Tunes artist, Raffertie.

Arca’s Path is an interesting new title out now for PlayStation VR. It’s an interesting game that comes off almost like a puzzle game, but not quite… labeling it under a genre is hard. The closest thing it reminds me of is the Monkey Ball games or Marble Run games where you had to keep the marble on the track and not fall off. This is Arca’s Path VR!

The story of the game is about a girl in a futuristic world that puts a headset on and is trapped in the world of Arca from which she needs to escape. The story is told through comic stills and, to be honest, it is overall rather minimal, but it does help to add a bit of a break between the different chapters that the game has to offer. 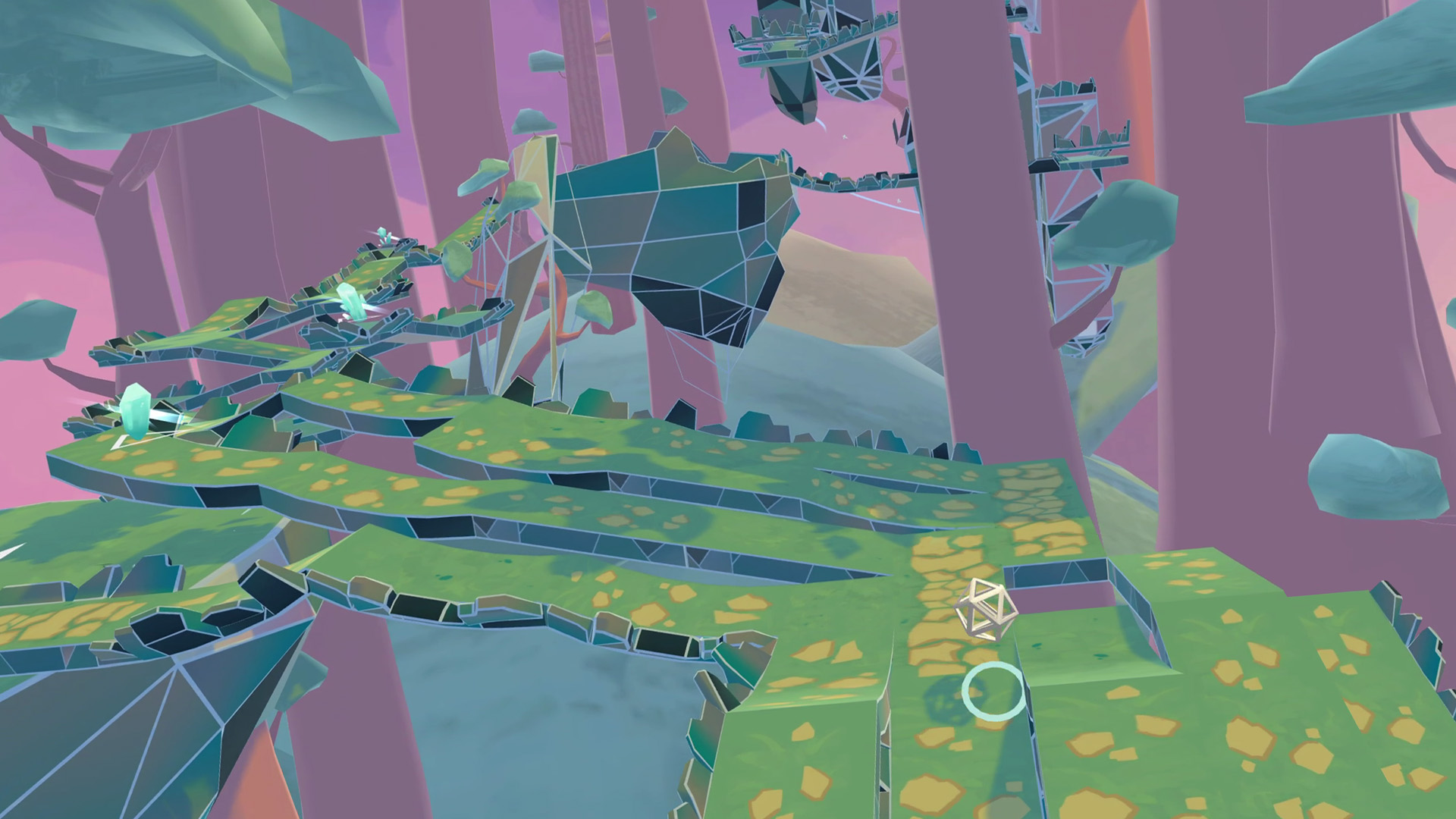 Let’s talk about the meat and potatoes of the game. The goal is to guide a ball down a path up to the end, and there are crystals you can collect along the way as well to unlock time trial later. Controlling the ball is done with the headset, as there is no controller for it. When you look on the path, there will be a little spot on the ground. Your ball will head towards that spot, and the further you move it the faster it will come towards it. This is the key to the game, learning the speed at which you need the ball to go to control it properly. Small adjustments with the headset will keep it under control, but move your head too far and the ball might fall off the path, making you start at a previous checkpoint.

The game will initially have you on a path, with blockers on the side so you can’t fall off. It does a good job at easing you into the different obstacles whether it’s a narrow path you will fall off from, block puzzles, bridges that need to be knocked over for you to proceed, and more. It’s a very nice learning curve over the 25 levels – nothing too hard overall. I liked that as well since the game was just very calming and relaxing to play, a fun quick diversion between more intensive titles. 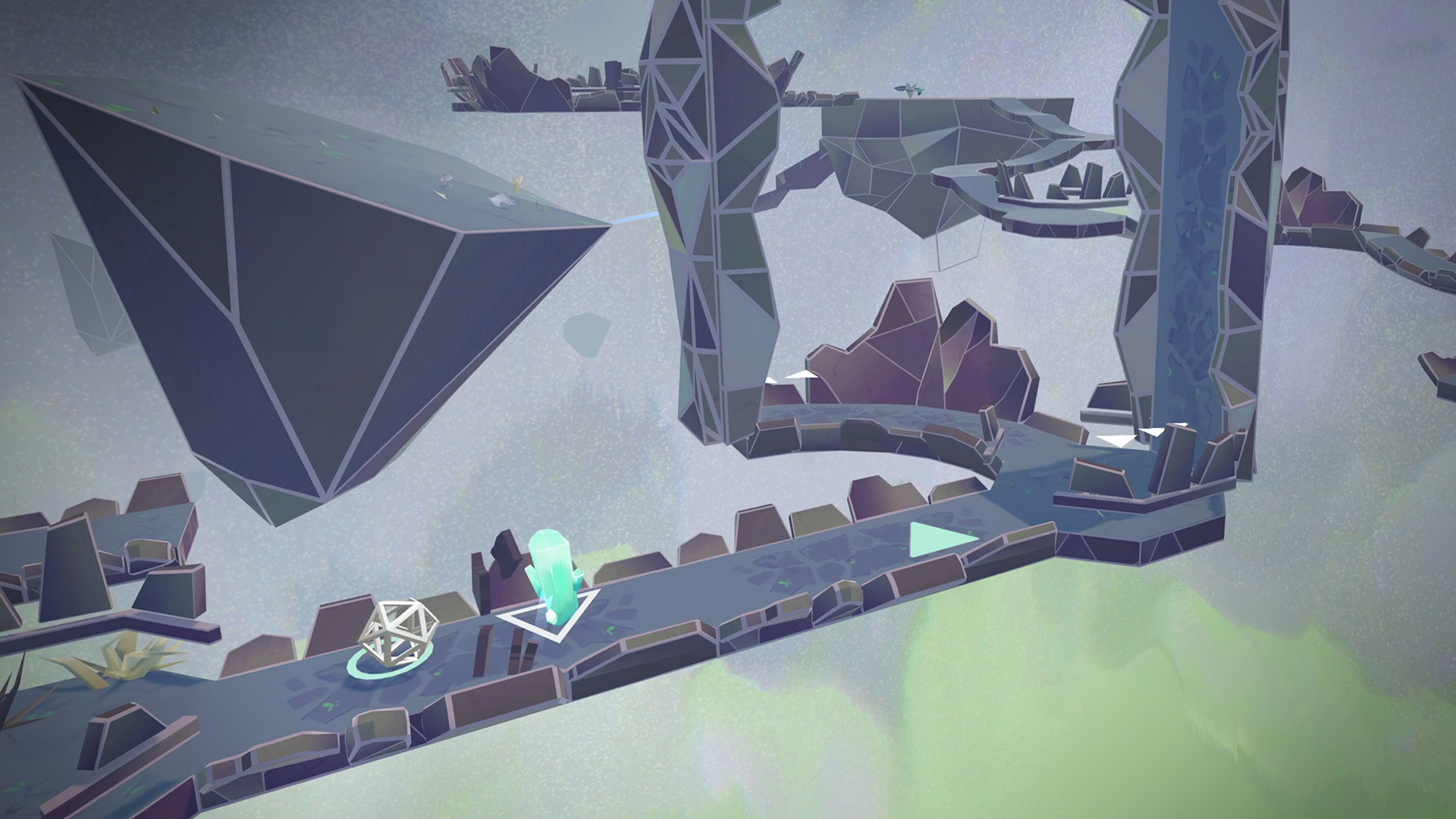 The game has a beautiful aesthetic as you play. It has an old-school sci-fi vibe that gets darker as you play and you see the girl struggling with being stuck in the virtual world. The music and sound match the world and the girl’s feelings as well, sounding mellow when first starting out, it then gets more somber as you progress through the game with the worlds darkening visage. 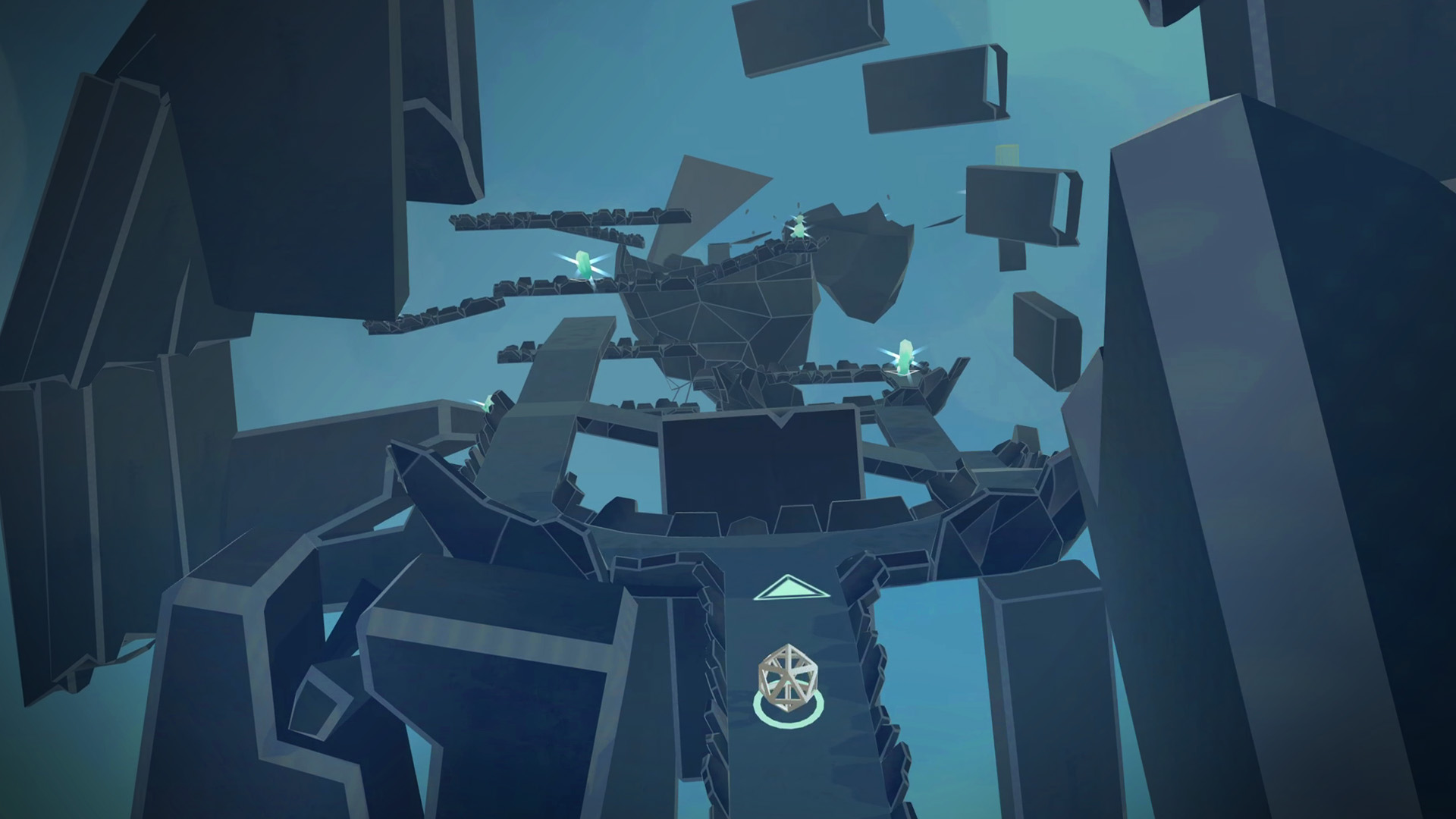 Arca’s Path VR is a neat PlayStation VR game that you can either invest small bits of time or dedicate bigger chunks of time for long runs. It’s a beautiful, serene world to fall into with some fun and skill-based gameplay as you try to keep that marble on the path. Due to the simple control scheme as well, this is a great VR title for anyone to play, even newbies into VR with easy controls.

Disclaimer
This Arca’s Path VR review is based on a PlayStation 4 copy provided by Rebellion.