Wandersong is a musical platformer that began with a successful Kickstarter back in February 2016. In this game, you’ll follow a hero on his quest to save the world from extinction. Should you buy this game? Yes! Find out why in our Wandersong review!


Wandersong takes you on a whimsical, musical journey across the globe. Eons ago, the goddess Eya put the universe into motion with her music–now, as she does every epoch or so, she’s going to sing a new song and reset existence. You play as a lowly bard tasked with finding the pieces of a mysterious melody called the Earthsong, which is said to be able to preserve the planet. Use your singing to help characters, solve puzzles, and save the world!

In Wandersong, the game begins with a nameless bard facing a huge monster. The guy’s given a sword and even though he doesn’t feel comfortable with it, he swings it at the monster, only to be immediately dispelled by it… That was unexpected. Our bard then starts to sing, and the monster turns into a goddess that will now help him on his quest. That was even more unexpected!

Said quest begins in the bard’s hometown, which has been invaded by ghosts. Turns out the ghosts are reacting to the bard’s signing, and while they at first reply to him in weird symbols, he quickly obtains the power to contact the spirits’ thoughts and save the day. Soon after he gets to know his partner, the witch Miriam, who doesn’t believe in his mission at all – and is quite vocal about it. Their growing relation was very funny to experience through the game. Without spoiling anything about the story, just know that you’re going to love it! 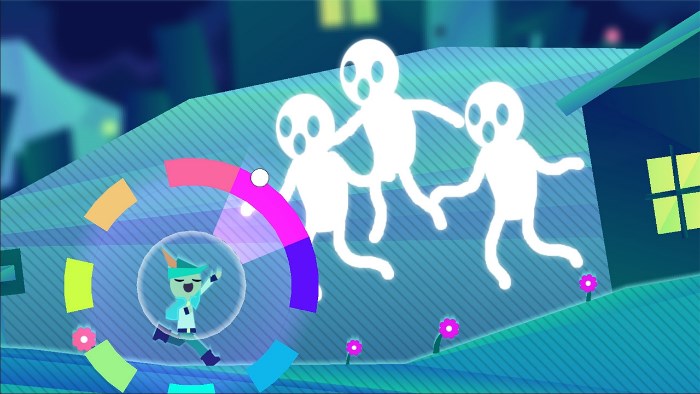 For the gameplay element, everything can be interacted with by signing (which gets on the nerves of many NPCs). Signing is done with the right analog stick, and the direction it points in is the tone that the chracter will sing in. As an example, at the beginning you’ll get to meet birds singning a few tones that must be reproduced to interact with them. Luckily, the developer thought about this and Wandsersong is 100% accessible to people with hearing or visual issues so this release can be played by anyone!

For example, each note is represented by a color AND a direction as well, which corresponds to the direction you must aim your right analog stick at. Another REALLY neat feature is that there isn’t pressure in reproducing the song right awy as you can try as many times as needed without any consequences. I know some musical games that could certainly learn from this release!


One of the things I loved is how the basic core concept (a bard signing eight different notes) has been extended to so many gameplay elements. Each chapter of the game requires you to do different things with the bard’s singing, and I was charmed by how far they pushed the concept – do not expect redundancy because there isn’t any in Wandersong. For instance, after chapter three, I thought I’d seen all that this game had to offer, but I was wrong as the following chapters all brought me to different places with new ways of using the main character signing. Also, one of the amazing things is that there are absolutely no tutorials in Wandersong. The game’s progressive formula lets the player experiment and find solutions to the area challenges. None of the light puzzles were hard to figure out, which will please some of the more casual gamers out there as well. 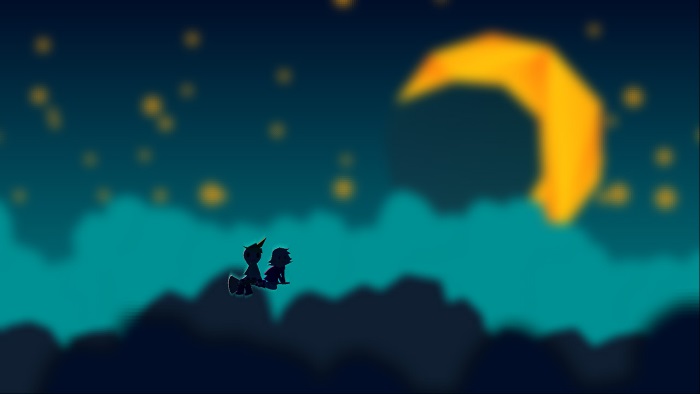 As for the game’s presentation, there are obvious similarities with the Paper Mario franchise, since the game is set on a 2D paper-ish plane. The graphical style is amazing, and it had been a while since my kids watched me play so interested in a game. The soundtrack is also great, and can be purchased separately on A Shell in the Pit’s Bandcamp, so get to it!

Each of the MANY NPC in this game also had different personalities which sometimes managed to have me hearing their voice in my head just depending on how the text was written. Speaking of NPCs, some of their dialogues are genuinely hilarious. Every NPC also has several lines of dialogue, and I liked reading what everyone had to say in this wacky world. 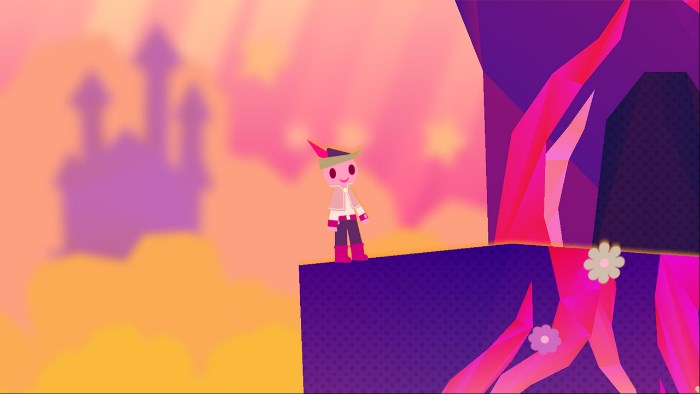 Also, singing makes the environnent react which I thought was a great touch and the signing sound is also projected to the controller speaker which, once again, was an incredible use of the DualShock 4. The sound is initially really loud however and there isn’t an option to lower the volume of the controller in the game, so the only way is to lower it from the PS4 system menu outside of the game, which won’t be easy to find for newcomers.

I’ve had only one issue in Wandersong, and it was with my save game. At one point I woke my PlayStation 4 from Sleep Mode (like I always do), but the game told me that my savegame had been corrupted. I think that when I put my PS4 into sleep mode the game might have been in the process of an auto-save and this might have corrupted the data. This is a real problem because the game auto-saves a few times per minute, so there is a real risk that since it happened to me, it will definitively happen to other players out there. Hopefully something can be patched so it creates periodical backups of the main save when a chapter is completed for example. Edit: A patch has been released a few days later this publication which included a fix to this save game issue. 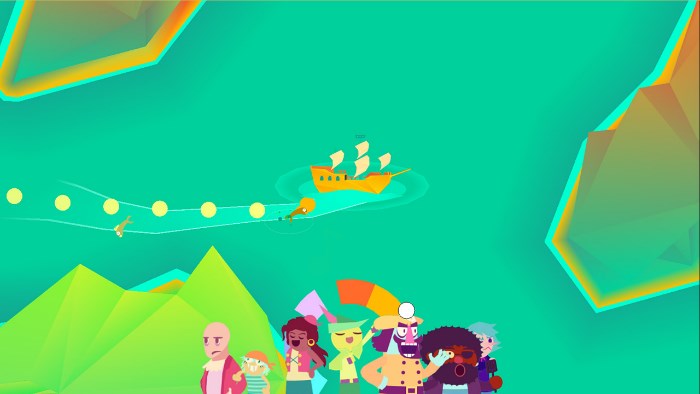 Final Thoughts
I loved playing through Wandersong and thought that everything in it was well designed and created with a lot of care, from the clever dialogue with the many NPC this game has to offer, the many different gameplay elements, the impressive art style and the great soundtrack, to the cleverness of some of the light puzzles that are scattered in the world. I definitively recommend you play this 10-12 hours release if you’re looking for something different and want to be entertained!

Disclaimer
This Wandersong review is based on a PlayStation 4 copy provided by Greg Lobanov.