The newest entry in the NASCAR Heat series has dropped with some major additions. Check out NASCAR Heat 3 review!

NASCAR Heat 3, the only authentic NASCAR racing game, is bigger and better than ever.

Esports Tournaments – Compete online in daily and weekly tournaments. Lay down a great race time and qualify for the Finals!

Deeper Career Mode – Start your own team or sign with some of the biggest racing teams in NASCAR!

Stories – Before the green flag waves, watch as a driver gets sent to the back for a violation and get updates on who is (or isn’t) having a good weekend.

Plus, so much more…

Last year I reviewed NASCAR Heat 2 and was impressed with what the team did with that particular game. For this year, I got the chance to review NASCAR Heat 3 which made it possible for me to check the differences between both entries, and boy was I impressed with the upgrades! Let’s talk about some of the changes they have made this year. 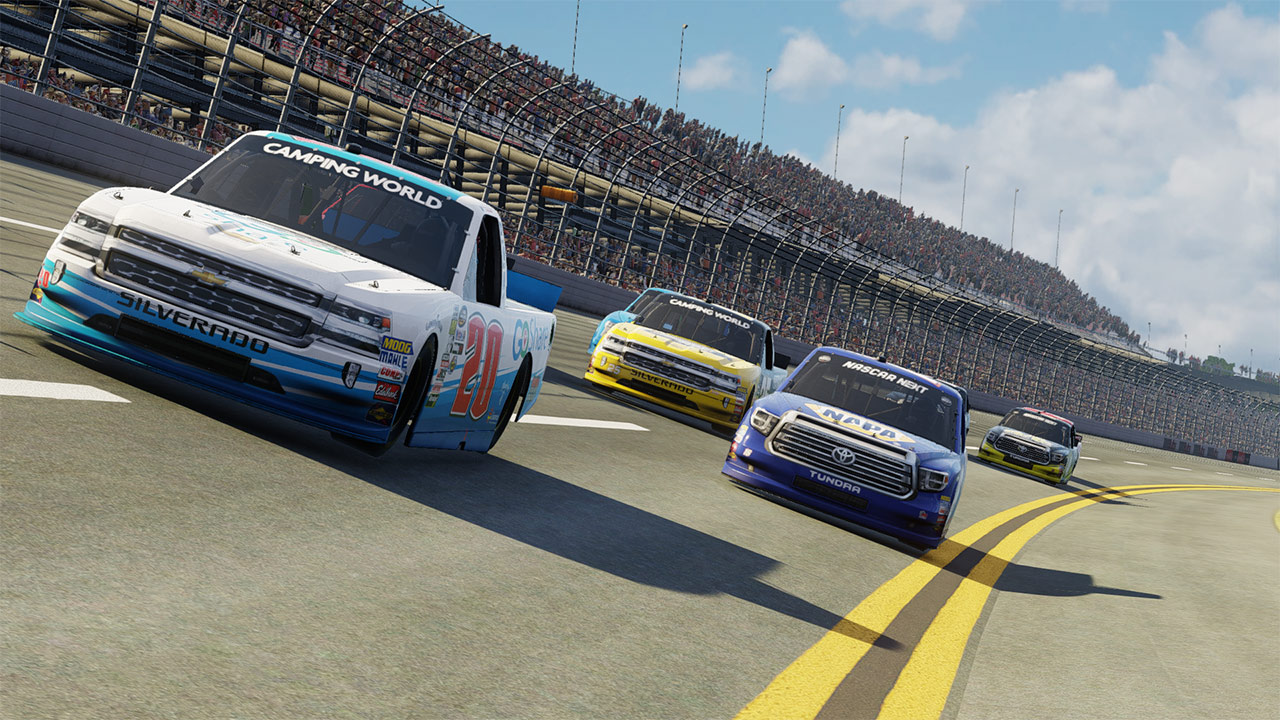 The first major difference this year is the inclusion of a Dirt Racing Series to the game. In last year’s edition, the inclusion of a dirt track was one of my favorite things, so seeing this expanded into a whole mode for this year’s edition was awesome. They still only have the one official Dirt track at Eldora Speedway like last year, but now they have added a bunch of unofficial tracks to be raced on. I appreciated this as racing in the dirt feels completely different from the standard racing track on the speedways, not to mention it gave me some different scenery to check out when I was playing. There is a lot to like here, so you should be giving this mode some serious time!


The career mode is deep, much deeper than previous years. As you begin, you can choose to join a team and race, or start a team. As you race, you can earn sponsors and cash, and you can then spend that on upgrading your vehicles, something you should be doing based on the tracks you will be taking on. You get mentor’s along the way as well that will help you with your overall progress which is fun, although the voice work sometimes falls flat. Your goal is to work your way to the Monster Energy Cup series, so you will spend a lot of time here with the gameplay loop of racing, being rewarded for it, upgrading your vehicle and racing again. It keeps you coming back regularly for more, so it’s doing its job right. 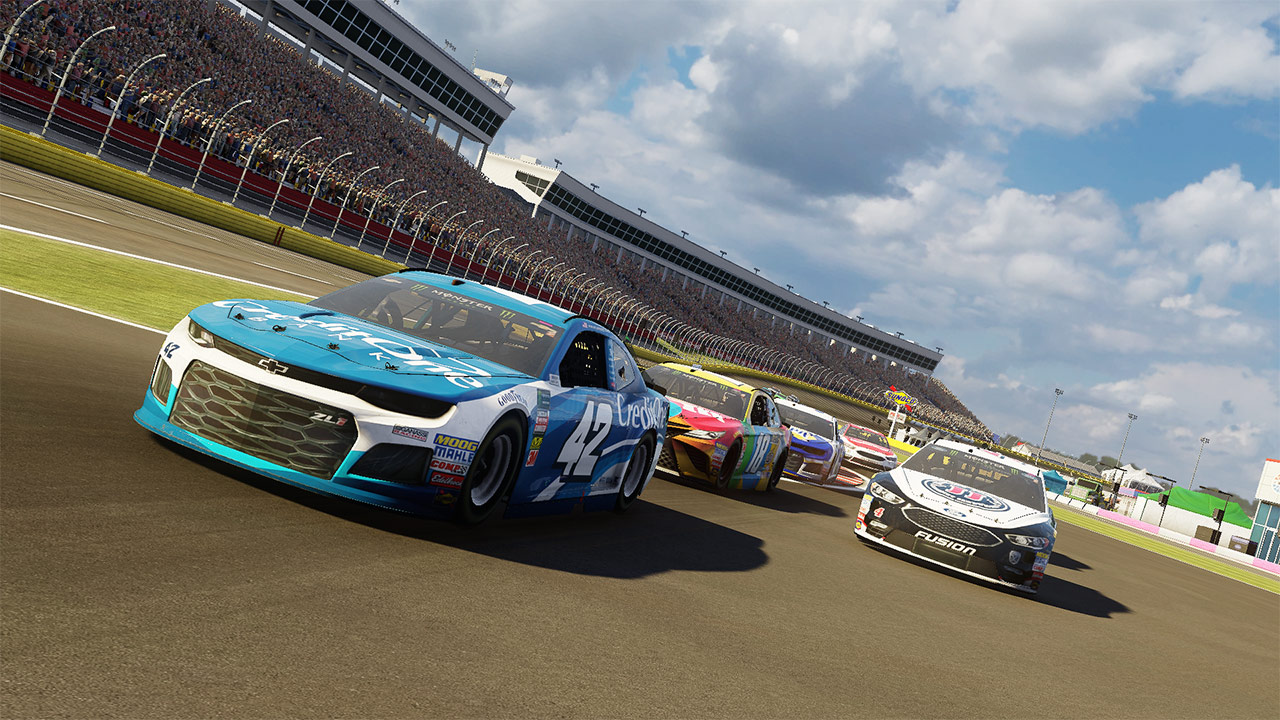 The actual racing feels better as well. The game provides you with a line as you race around the track which will initially help you get the hang of things as you learn the curves of a track and how to take on them. For example, if the line is red, then that means you need to slow down. Once you get into the race though, all bets are off. You have 30 other cars on the track, and you need to make your way to the front of the pack. Draft behind the cars to get a speed boost which can then allow you to figure out the right path to work your way around them – it doesn’t get old, and it feels great. The game will challenge you with some tougher AI as you progress, but it will never feel like the AI is cheating. At times NASCAR Heat 3 feels almost like a puzzle game as you figure out the best path towards taking first place.


I have reviewed quite a few racing games, including the recent F1 2018 and one area in which NASCAR HEAT 3 does feel lacking on is in the graphics department. For the record, I’m playing on a PlayStation 4 Pro, and the game certainly looks outdated. The earlier mentioned F1 2018 pushed its visuals further than the previous entry so playing this game right after it shows how dated the engine is. Hopefully next year they can play catch up with the competition for its graphics, as the racing is superbly well done in the game.

The game has partnered up with the Motorsport Network for an eSports perspective. Online racing was fun and ran consistently when I played it, and the team is offering daily and weekly tournaments to keep players invested in the game for the long term. As these games have a loyal fan base playing them, the community should stay there hopefully giving some fun matches throughout the year until the next version. 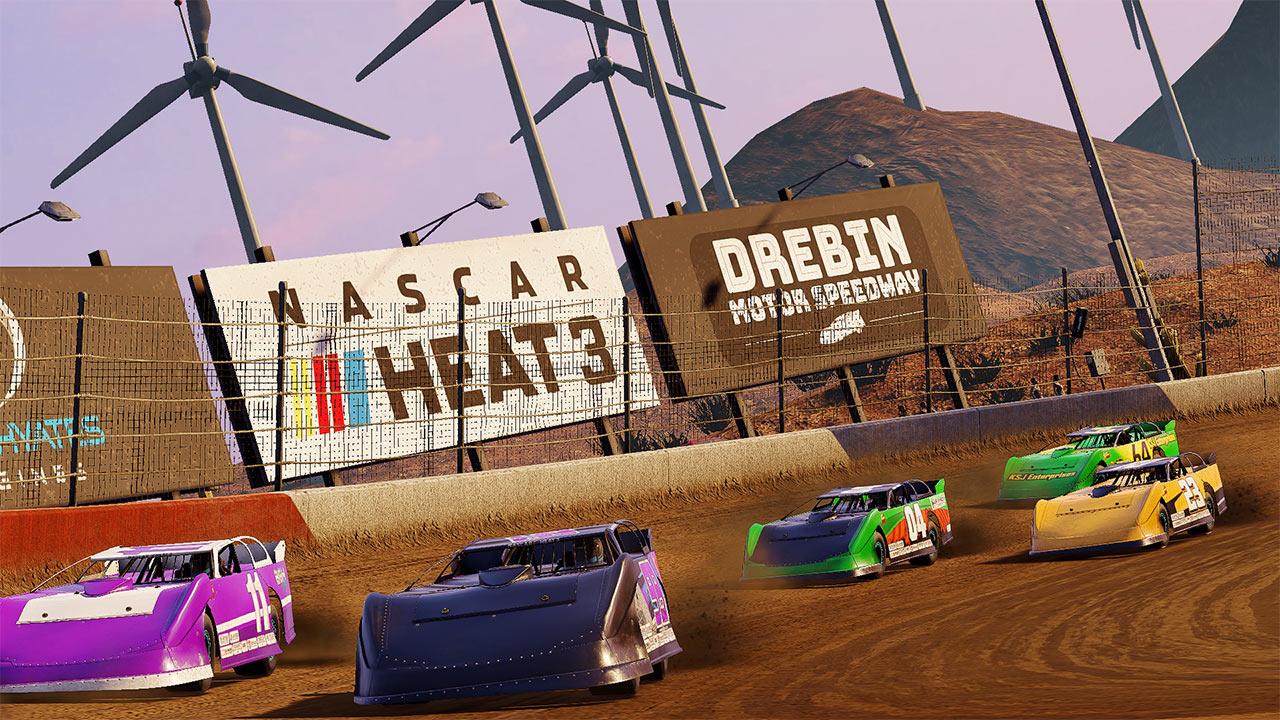 NASCAR Heat 3 is a good follow up to last year’s version expanding some of the more fun points in that release. The additions in the dirt series were great, along with the career mode upgrades, so they have done a lot of solid work. The game handles just as great as last year’s version, but it still struggles in the visuals department, with competitors out there that look much better, which is the one complaint I have about the game.

Disclaimer
This NASCAR Heat 3 review is based on a PlayStation 4 copy provided by 704Games Company.

Double Cross Out On Nintendo Switch Next Week