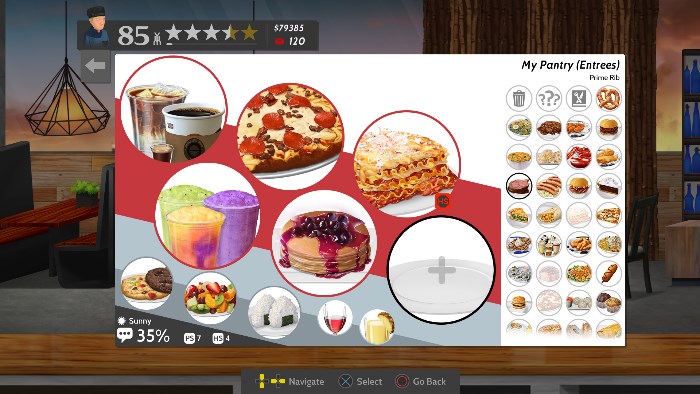 Cook, Serve, Delicious! 2!! is the massive sequel to the surprise best selling original, one of the few games that gives players complete control on how they want to build their restaurant. The game has you rebuilding your restaurant in a massive skyscraper, earning money by cooking and serving customers delicious food and building up your restaurant’s reputation from a zero star dilapidated café to a five star world famous restaurant. Along the way you’ll jump into other restaurants in the tower for shift work, star in the biggest reality cooking show ever, participate in tournaments all over the world, uncover mysterious ingredients, and tons, tons more. The breakneck pace and gameplay has been a staple of the game, and this sequel will be even faster and more challenging than ever.

In Cook, Serve, Delicious! you built your world-famous restaurant, but due to an incident, your restaurant has been shut-down, and you must now rebuild your reputation from scratch. CSD2 doesn’t assume you have played the first release, so it gets you going with a quick and efficient tutorial which can be completed in around 5 minutes or so, and which you can refer to again when you’ve got some experience with the game and also want to further polish your skills. 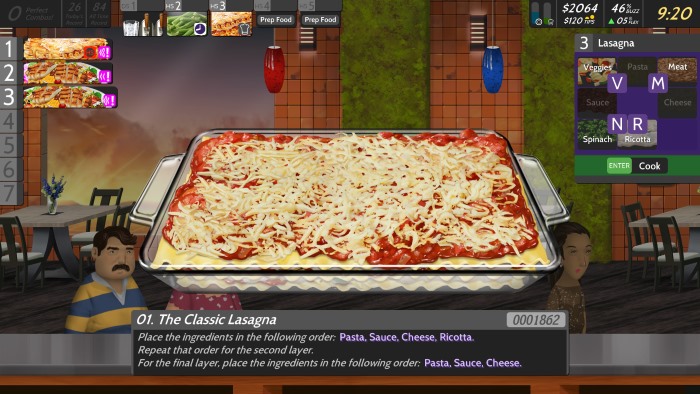 The gameplay itself is really simple since you basically need to prepare each dish that a customer requests. Plates are made by selecting the food from the available ingredients, and as you’ll often get more customers that you can serve at once, you’ll often have to prepare food in advance so its available for your customers when they want it. To give you an example, in the first restaurant (out of more than 30 you’ll get to work on!), you have to prepare hot dogs. You could prepare one sausage as each customer requests it, but you won’t make it far in the game by doing things that way. In this specific case, you should pre-cook eight sausages in a station in the background since this way you have enough stock available for when customers arrive. 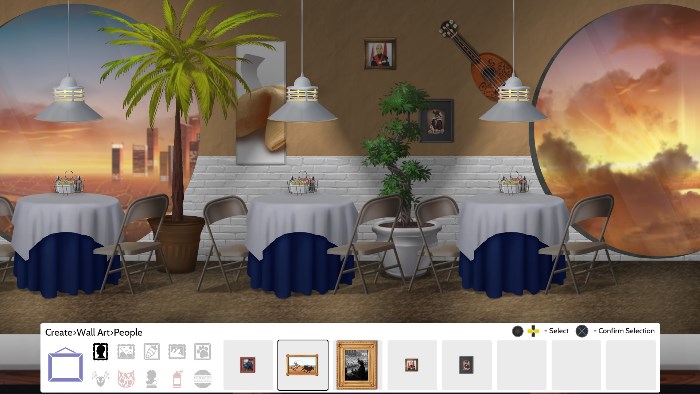 This sounds easy so far, so my first thought was to pre-cook every plate needed and wait for customers to arrive, but this isn’t how it works because, first of all, you have to manage the freshness of pre-cook food, which lasts around 2 minutes before it needs to be trashed, and every customer will want to customize their plates with some extra ingredients. When you cook for a single customer, you have to monitor the food, so it doesn’t burn, and in the heat of having eight concurrent customers all having urgent orders, you will burn some food every now and then! 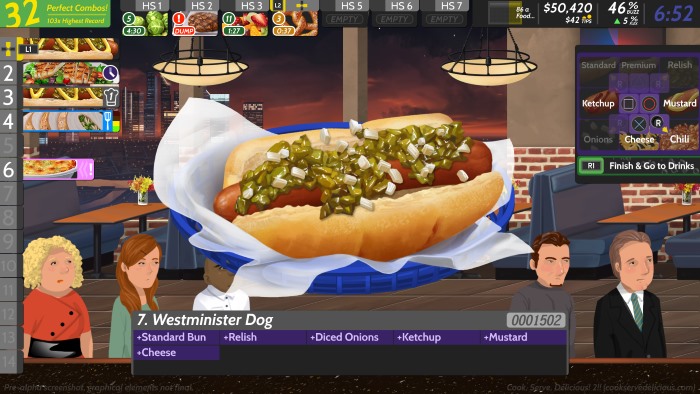 As you achieve Bronze ratings in most levels, you’ll unlock the plethora of restaurants and recipes available in CSD2. As I mentioned before, there are more than 30 different restaurants, each containing a ton of different recipes themed to that restaurant’s type. Speaking of recipes, I thought that the variety of orders that can be served was excellent. You’ll be playing on the edge of your seat during each and every level, including the very first one if you’re new to the CSD franchise, but as you progress through each level and restaurants, you’ll start to realize you’re getting better, managing even some Gold ratings here and there – for these you need to complete a stage without failing a single order.

One of the things I didn’t notice at first was how the different restaurants and levels (each restaurant contains roughly ten levels) unlocks in a non-linear way. Finishing a level will unlock another level but not necessarily in the same restaurant, which I thought was great for trying out new recipes without being stuck in the same routine until you’re good enough to get the privilege to try something else. In the first hour or so I played, I had already tried out three different restaurants, and had unlocked a few levels in each one. A few hours in, I had at least six different restaurants to play, each with at least a couple of levels I had yet to try, which allowed me to pick the levels I wanted to play and in which order. 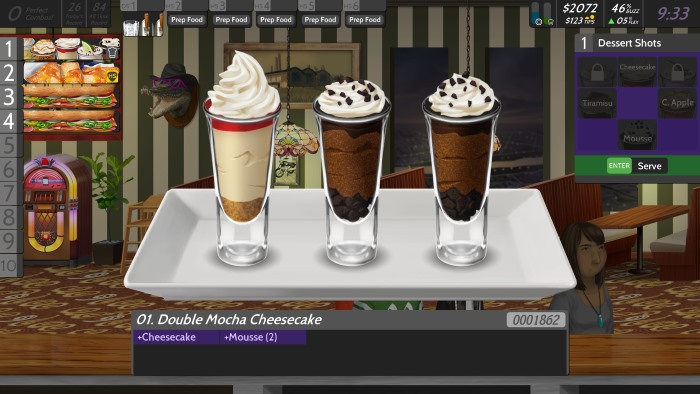 Final Thoughts
When I started playing Cook, Serve, Delicious! 2!! I first thought that the game was too hard, but the more I played, the more the gameplay mechanics and the overall cycle started to click with me. The more restaurants I played, the more I got addicted to its arcade gameplay, and it kept me coming back for more. If you’re looking for a fun and challenging arcade-style release, then I highly recommend that you play Cook, Serve, Delicious! 2!! on PlayStation 4. 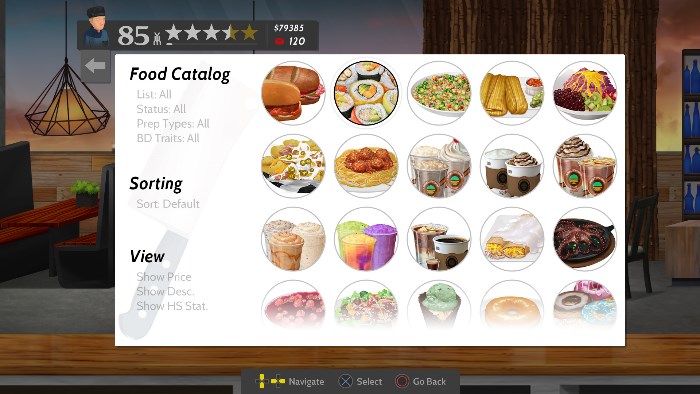 Disclaimer
This Cook, Serve, Delicious! 2!! review is based on a PlayStation 4 code provided by Vertigo Gaming.