Bring To Light is a first-person horror game from a small indie team. I don’t find horror games particularly scary at all, but I did experience some jump scares here and there. Learn more in our Bring to Light review!


After your subway train crashes, you the lone survivor must explore the deep and winding tunnels to find your escape. But the further you explore, the more you realize there is more to this disaster…and creatures lurking in the shadows follow your every move. Navigate your way through treacherous puzzles that use light in different ways to solve them. Uncover the mystery behind the Avatar of Darkness and his vicious Shadowspawn and escape before the shadows close in around you!

Bring to Light begins with you on an empty subway tube, which crashes after a few minutes. After this disaster, you’ll be all alone by yourself in an empty tunnel… alone with weird, eerie noises, coming out of nowhere. Are the noises going to be enough to keep you on edge? Is something bad really going on or is it all in your mind?


The goal of the game is to search the tunnels for a way out. As you go further and further into the tunnels, you realize something is amiss, and start to see shadows appearing at all turns. Are you being followed? You will also hear whispering every so often, and you will hear something drop every few minutes. It felt random, but it certainly got my attention and made me be a bit slow and steady about my approach for the game.


Other than that and exploring the tunnels, which you will solidly do for around three hours or so, Bring to Light isn’t a scary game, per se. You will get a jump scare here and there, and visually the game’s look will keep you guessing what you might run into, but other than the exploration you will be going from solving a few puzzles to exploring more tunnels, and repeating as needed. You will wander around aimlessly without any sense of know where to go, which, yes, would probably mimic how you’d feel like after a train crash inside of a tunnel transportation system. 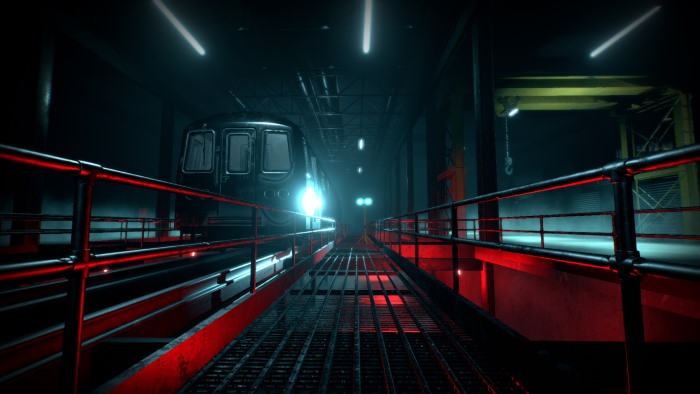 Unfortunately, there isn’t much of a story, but you will spend pretty much the entire game searching for keys to open doors and solve puzzles to progress to the next section of the game. Other puzzles in the game will have you using light in different ways, and you will find notes and diary pieces scattered around, so if you miss any during your first run through the game, then you have to do another playthrough to 100% the game. I do have to say that the graphics are the game’s highlight, along with the use of audio at some points that made me jump. The game is being advertised as really scary and terrifying, but I honestly didn’t feel that was the experience I got.

Bring To light is a good game for those of you who want to get into horror games but who think they might not be able to stomach a full-on horror game with the stress associated with the experience. There are only a few jump scares in this one, which might be just what you need to get your feet wet.

Disclaimer
This Bring To light review is based on a PlayStation 4 copy provided by Red Meat Games.