Steamburg from Telehorse and Monster Couch is an interesting puzzle action adventure worth your time on Nintendo Switch. Find out why in our Steamburg review!


In Steamburg you take on the role of Professor Vincent Cornelius Moore, an inventor who has set out to fight the robots that have invaded the titular city. This could have easily been an action game in which Vincent uses mechanical weapons to defeat the robots, but Telehorse has gone in a different direction. You can use electro-bombs to either lure robots or to halt their movement, so that you can lure each robot into a Tesla coil so that it is destroyed. Sounds pretty simple, right? Well, things do start out rather easy, but as you progress in the game the difficulty does ramp up considerably! 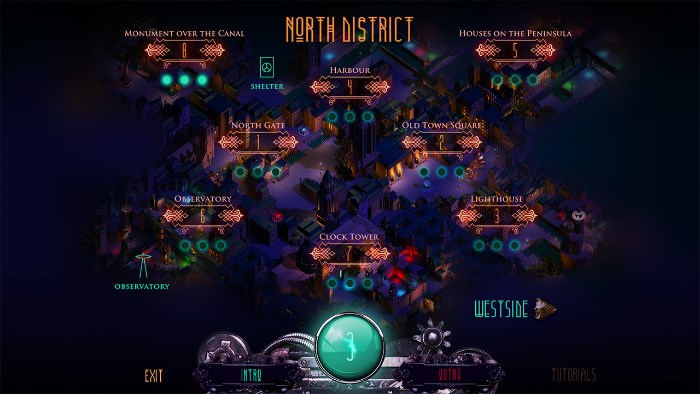 You move Professor Vincent with the left analog stick, interacting with generators to open bridges and gates. Generators are color-coded, so pay attention so that you can spot which gate or bridge it will end up opening. This is very important since as soon as a robot sees you it will immediately start to chase after you! You can also, if you want to, use the Nintendo Switch’s touchscreen when playing in portable or tabletop mode to control the action, although I did find this to be a more difficult option due to the pinpoint accuracy you need to be able to throw your bombs to stay alive. 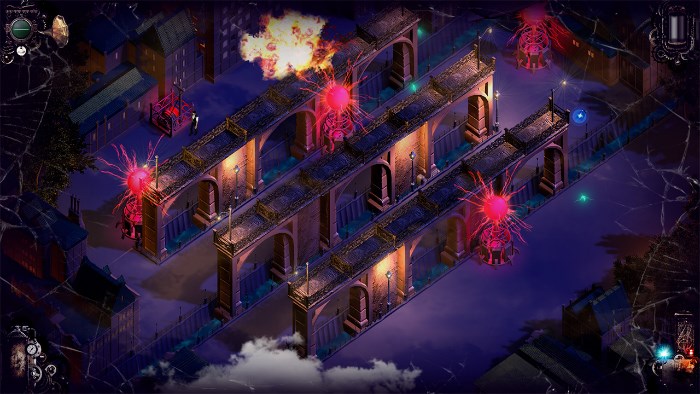 Speaking of which, you can use the A button and the left analog stick to aim your bombs and release the button to throw them. These small electric bombs will lure robots, but only for a short period of time. Your bombs can also be used to activate generators, but since you have a set number of electro-bombs for each stage, so be sure to plan accordingly. Luckily robots can also be tricked into opening bridges and gates, so do use this to your advantage. If you want to take a closer look at the action you can zoom in with the L button. 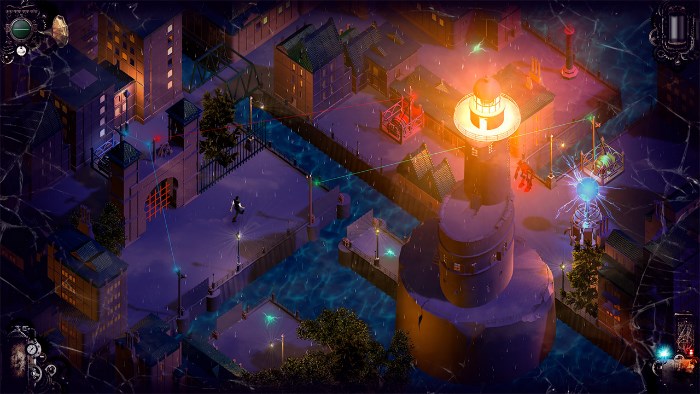 As you explore each stage from your isometric point of view you should also be on the lookout for green orbs that are lying around here and there since you need them to unlock more districts to visit. Each level has three green orbs, so be sure to collect all of them as you go! You will need to make good use of teleporters both for yourself and for your electro-bombs since you can throw them into these to materialize them at the matching color-coded circle. Oh, and be sure to be extra careful in each stage as you walk close to the Tesla coil because if you’re too close to one of them you will be zapped and die! 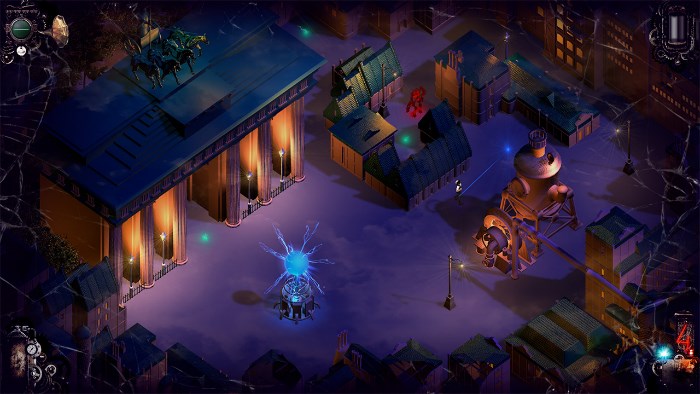 Steamburg is a fun and relaxing puzzle game on Nintendo Switch that is available at a budget $4.99. It offers more than enough content with 32 levels to complete as well as a fully voice-acted steampunk story. The one complaint I have about the game are the loading times when entering a stage or retrying one after dying since they do feel a bit lengthy. Other than that, this is a game that is easy to recommend for Nintendo’s hybrid console. 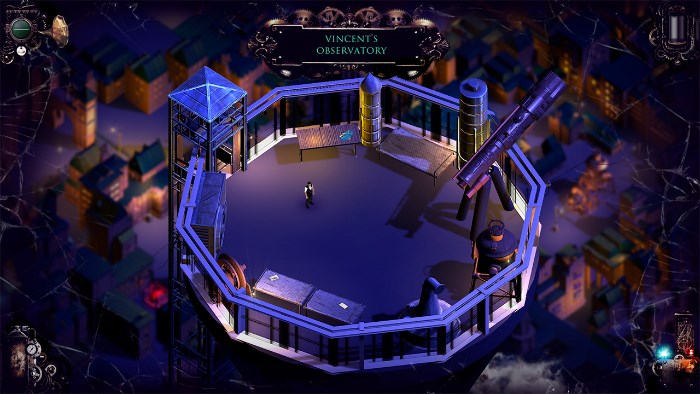 Disclaimer
This Steamburg review is based on a Nintendo Switch copy provided by Monster Couch.