The fantastic SEGA AGES series continues on Nintendo Switch, and it’s now the turn of Out Run to shine on Nintendo’s Hybrid console. Learn more about this one in our SEGA AGES Out Run review!


Out Run is a racing classic that you might have played either in the arcades back when it released in 1986, or in one of the many ports that the game received for systems such as the Sega Master System, the ZX Spectrum, or the Sega Genesis – this being the version that most people played at home. For this Nintendo Switch release under the SEGA AGES line, we are getting the arcade machine, so once you insert a coin by pressing the X button or by pressing up on the D-Pad, you’ll be able to get the party started! 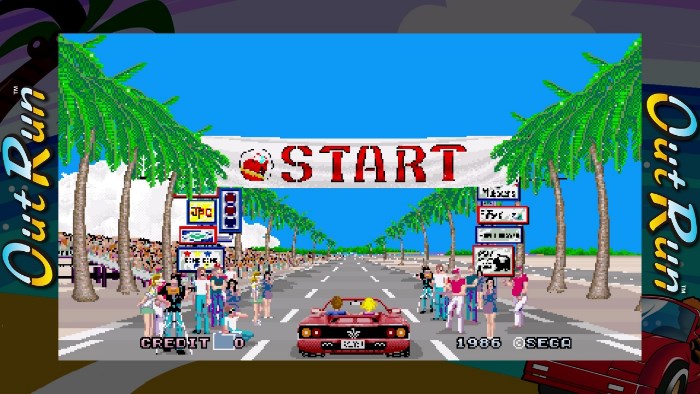 Since the game is an old-school release revamped for a new generation of gamers to enjoy, the controls are simple to understand. You steer your car around with the left analog stick or the D-Pad, and can use the A button to step on the gas pedal – the Y button can also perform the same function. The B button is for braking, which you’re going to need when you’re trying to take on a tricky turn. If you select a car with a manual transmission, then you’ll be able to shift gears by pressing the R button, and you can choose between having it be a toggle control in which pressing the R button changes between the Hi and Low gears, or a hold control in which holding down the R button brings the car into the low gear. 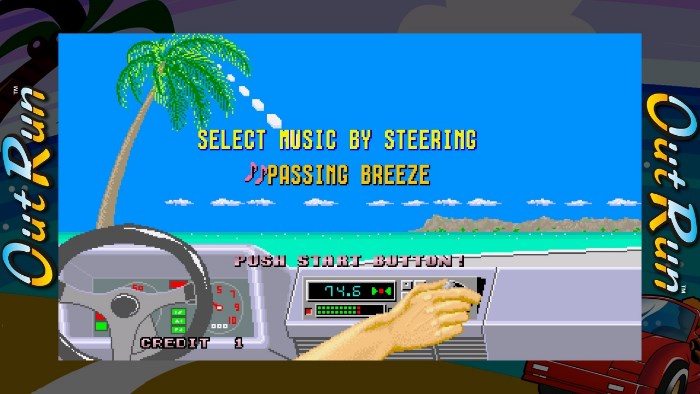 This being a racer means that the objective of the game is to run through the different available routes so that you can reach the next checkpoint before your time runs out so that you can get some bonus time on top of your remaining time to make it to the next checkpoint. You repeat this over and over again until you make it to the end of a route. You can select between available routs right before a checkpoint, and you do this by moving into the lane that corresponds to the route you want to take, as per the sign you will see right before you have to make a choice. 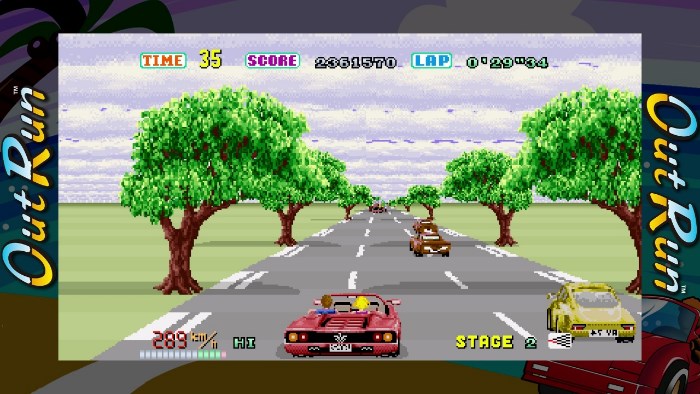 Once you clear a route for the first time, you will unlock a Tune-Up menu for your next runs. You will need to clear all remaining four routes to open up the additional options in the tune-up menu so that you can select all the five parts options to maximize your vehicle’s potential. The pieces include the Steering Wheel which can make it easier to take turns, the Bumpers so that you can recover more quickly from a collision, the Engine so that you can have a boost to your top speed, and the Tires so that you can keep your top speed if you end up driving off the road. 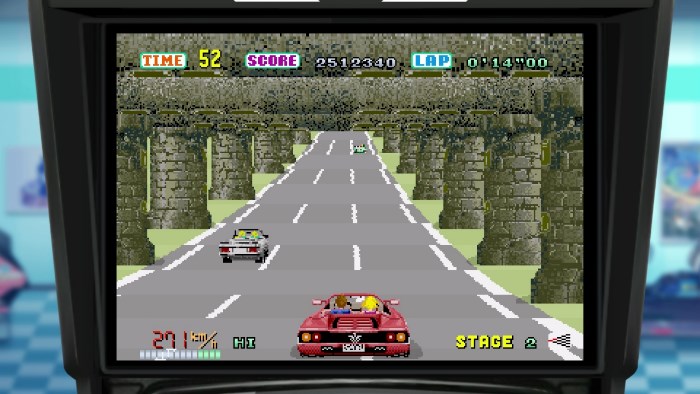 The SEGA AGES version has an online ranking leaderboard for you to compare your score with players from around the world. You can select between the “Old” option, which is the original Japanese version of the game, and the “New” option which allows you to play the international version which includes updated routes, graphics and other balances here and there. You can also set the display of the screen to widescreen, arcade, vintage or fullscreen, and apply a scan line or smoothing effect or a combination of both. The game also includes a Special version, which is the default version, that features the aforementioned tune-up parts that will affect your vehicle’s performance, as well as more music tracks and a solid and smooth 60 frames per second (fps) presentation. The Arcade version, at 30 fps and sans the extra stuff, can be unlocked when you obtain all five route endings. 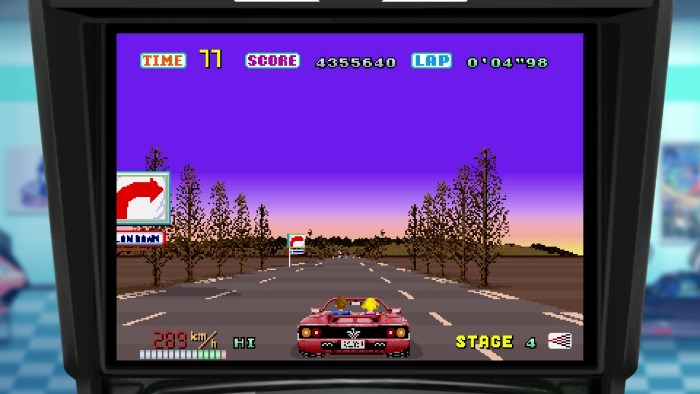 Out Run is a classic arcade racer, and getting a perfect arcade port on the Nintendo Switch under the SEGA AGES series was a pleasant surprise. If you played the game back in the day, and even if you never played it before, you’re in for a treat. Being able to play it at home or on the go at a silky smooth 60 frames per second, as well as with the extra bells and whistles of this special release, makes this a must-have game on Nintendo’s hybrid console. 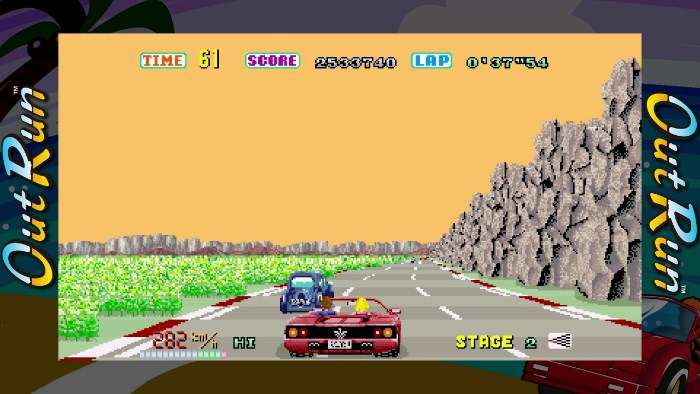 Disclaimer
This SEGA AGES Out Run review is based on a Nintendo Switch copy provided by Sega.