oOo: Ascension from Kenny Creanor and EM Studios is a fast-paced arcade/puzzle game on Nintendo Switch. Learn more in our oOo: Ascension review!


oOo: Ascension does not have a tutorial or anything like it, but it’s not as if it desperately needed one. You will move your ship with the left or right analog stick to speed up with one goal in mind: getting as fast as possible from the starting yellow teleporter to the glowing blue teleporter. You can also hold down the ZL or ZR buttons to boost your ship, which will greatly reduce the time it takes you to reach the exit. That’s all you need to worry about, at least during the first set of stages. The first handful of levels you play are there to ease you into the hectic nature of oOo: Ascension, before any extra hazards are thrown into the mix. 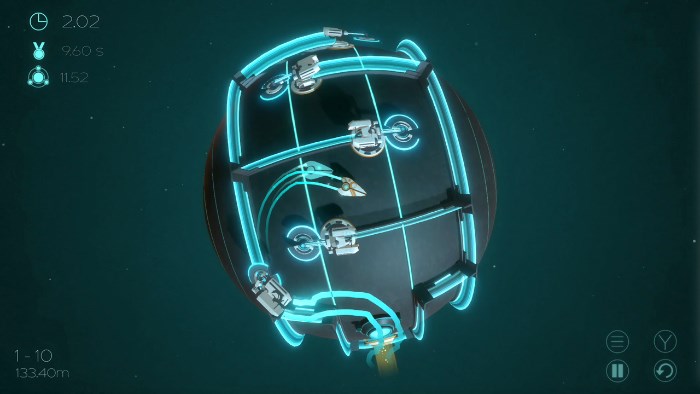 The nine sectors in the game, each with ten levels for a total of 90 stages to play, will increase in difficulty as you play, and you will be avoiding lasers, spinning blades that can destroy you, and the always deadly walls. That’s right, if you hit a wall your ship will explode and you will need to start over again. The levels in the game are not that long since they’re all set up around a sphere, which makes the hundreds of times you will die while trying to complete the game not feel as bad as if, say, the levels were bigger, and you had to redo long sections over and over again. 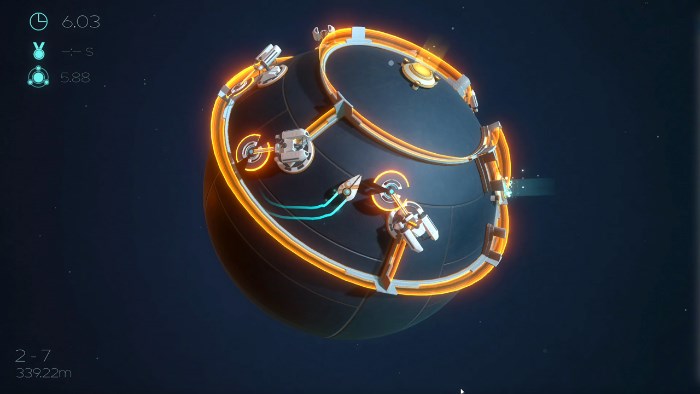 As you play a level, you will start to find ways to cut down part of a second here and there as you either focus on completing a stage and moving on, or on beating the time limit for each level so that you can 100% the game. To help you speed things up, the game offers you the chance to instantly reset a stage by pressing the X button for those times when you know that third of a second you needed to lower from your overall time is not going to happen because you took a turn a bit too wide and you won’t be able to recover. 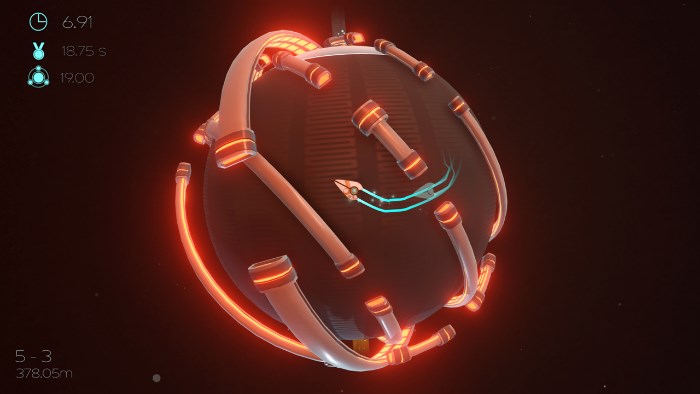 If you’re looking or a fast-paced twitchy arcade/puzzle game, then oOo: Ascension is certainly going to scratch that itch. With its neon-infused presentation, hectic gameplay and 90 levels to complete, oOo: Ascension has certainly found a good home on Nintendo Switch, allowing you to play a handful of stages here and there in short bursts, or to dive into the game and finish it in one go. 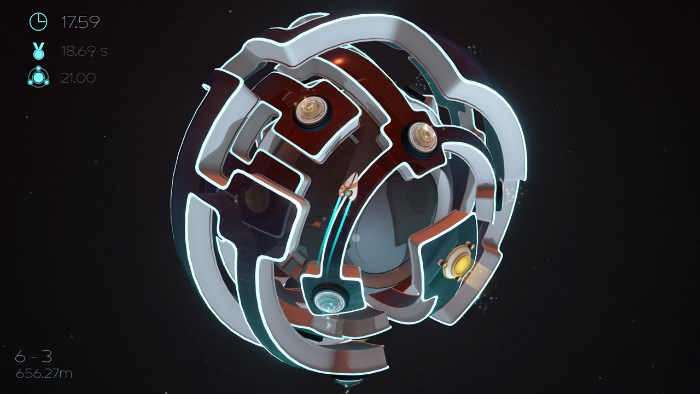 Disclaimer
This oOo: Ascension review is based on a Nintendo Switch copy provided by EM Studios.

Vane Out Now On PlayStation 4