Heavy Burger is a bizarre but fun arcade-style game on Nintendo Switch that brings together several characters from Data East. Learn more in our Johnny Turbo’s Arcade: Heavy Burger review!


In Johnny Turbo’s Arcade: Heavy Burger you will play as Peter Pepper of Burger Time fame in a one to four player arcade-style fast-paced released that is quite fun and crazy. This is one for those of you that have been enjoying the releases under the Johnny Turbo’s Arcade as it brings together characters from the Data East arcade games we have been playing on Nintendo Switch such as Bad Dudes, Burger Time, Heavy Barrel and more, for a very interesting nostalgia-driven dive into arcade action. 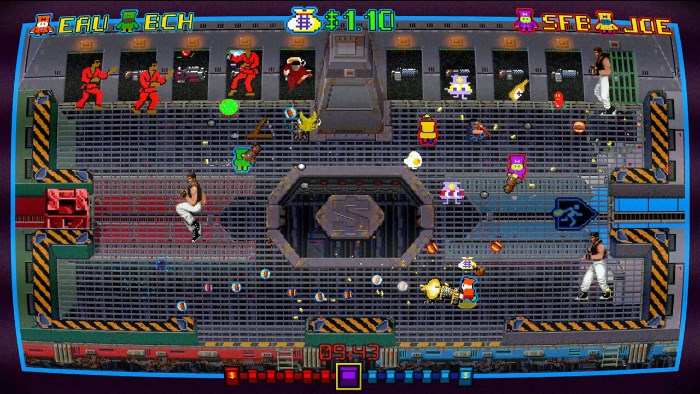 If you have previously played Burger Time, then you will certainly recognize chef Peter Pepper who played the lead role in that 2D platforming adventure, as you take control of the chef to create some fine burgers as you avoid the deadly anthropomorphic enemies out to get you. This time around, Peter Pepper will be using a variety of weapons, such as shotguns, machine guns, and laser rifles, as he takes on this twin-stick shooter game, fighting across multiple arenas as he tries to get all the money bags he can. 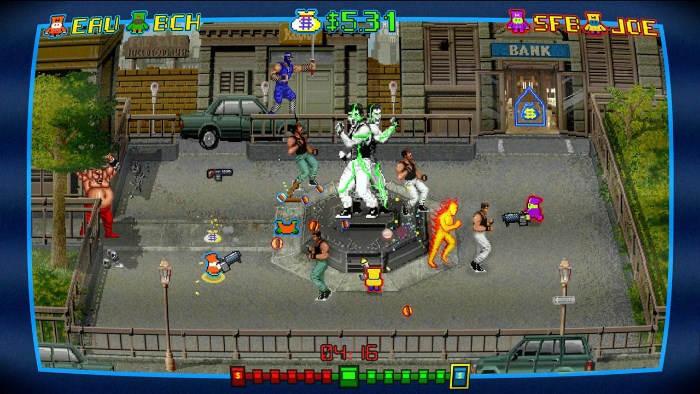 The game is played by sets of teams, and each team carries a bag of money that needs to be taken to its destination: the bank. The teams can be sorted out with any combination of human players and AI bots. There are some good options here with regards to the arenas in which you’ll get to play, and you can either manually select them or go wild and have them be randomly assigned. Arenas are based on the games that have been released under the Johnny Turbo’s Arcade line, as well as on some games yet to be released for the series. You can choose the length of the timer before sudden death kicks in. And if you prefer to have a quick match, you activate sudden death right from the beginning, which is a nice option to have if you’re into that type of experience. 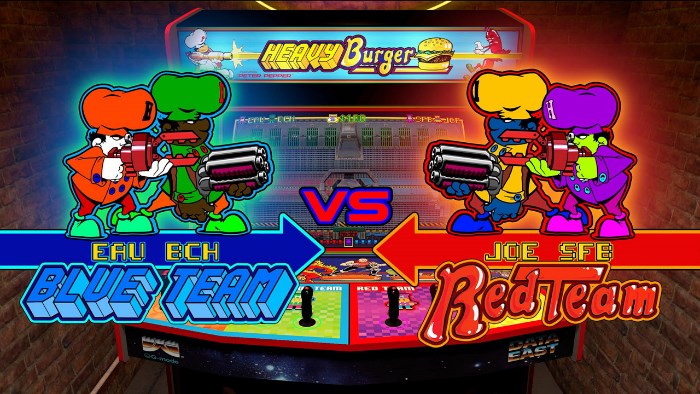 Once you start a match in an arena, after a certain amount of time has passed, a bag of money will drop. Whichever team picks up the bag of money must leave via the exit with their team’s color. When you reach the next arena, whoever reaches the money bag first will keep it in its possession, and you rinse and repeat for the remaining arenas, whoever still has the money bag when you arrive at the bank wins the game. It’s certainly a chaotic and entertaining game! 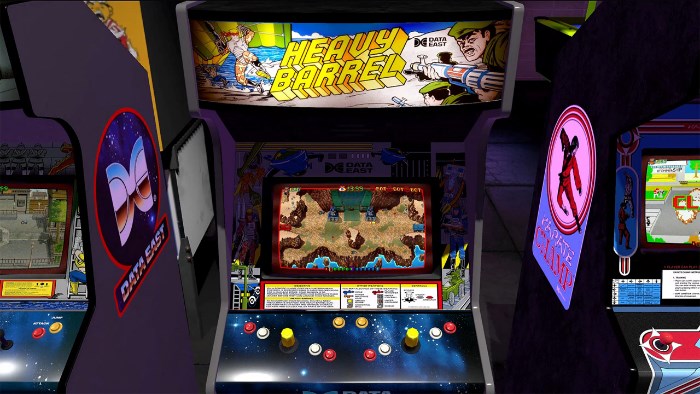 There aren’t many choices for the weapons in the game since you have six to choose from, from the very powerful shotgun to the fast and deadly machine gun. You can only have one gun in your possession at any given time, so if you pick up a new weapon, you will automatically drop your previous one. This is not a deal-breaker, but you do need to be aware of how the game works so that you’re not caught off guard. This does force you to be careful about your weapon of choice, so it does add a bit of extra strategy. 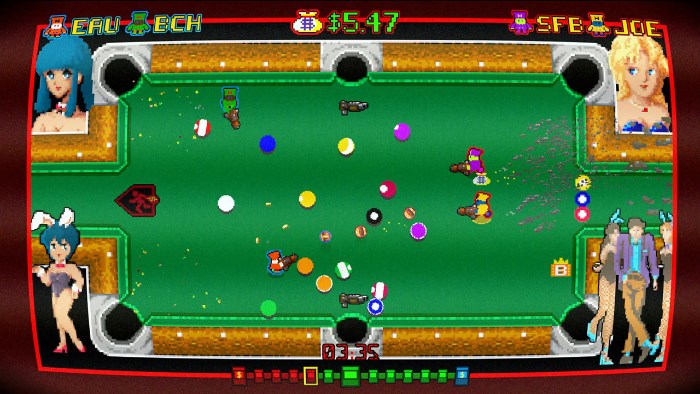 Johnny Turbo’s Arcade: Heavy Burger is a game that you’re going to enjoy more if you can get some human friends to sit down for some fun local multiplayer mayhem. The AI bots do a nice job of keeping things going, but having human teammates and opponents is when the game truly shines. It’s weird, it’s hectic, and it’s fun, so be sure to give this one a go on Nintendo Switch 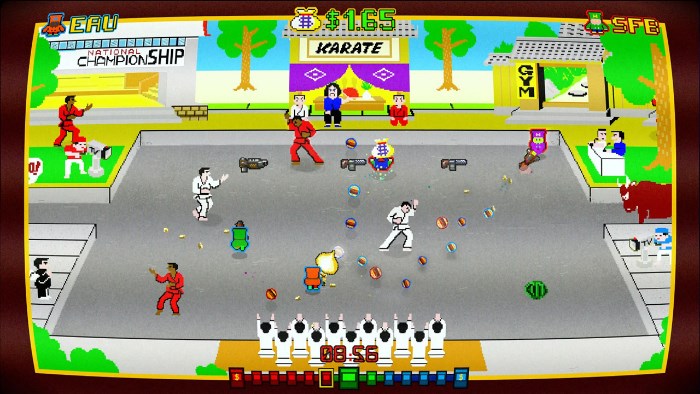 Disclaimer
This Heavy Burger review is based on a Nintendo Switch copy provided by Flying Tiger Entertainment.