Don’t Sink from Studio Eris and Hitcents is a colorful pirate simulator RPG with a fun pixel art style. Learn more about it in our Don’t Sink review!


Before you begin your journey into the sea, the game will offer you the chance to select between two available modes. There is Normal which, as the name suggests, is a good option for the average pirate out for a challenging but fair experience in which when you are defeated your status will be reverted to the last spot you were before traveling. And then we have Permadeath, a setting that is recommended for those with some valuable experience under their belt and who don’t mind losing all progress in the game when they are defeated. Losing all progress means that your save data will be permanently deleted, so there is no turning back in the face of defeat.

The next step is to customize your character, for which you will select the name by which they will call you, Captain. You’ll then select your skin color, gender, if you have an eye patch or not, if you have a hook or not… and if your character has a peg leg or not. The final part in the customization process is to select if your character will have a hat, its hairstyle, beard, and the style of clothing on the torso and legs – or lack thereof. Once you take care of that, you’ll be set to go out on this adventure. 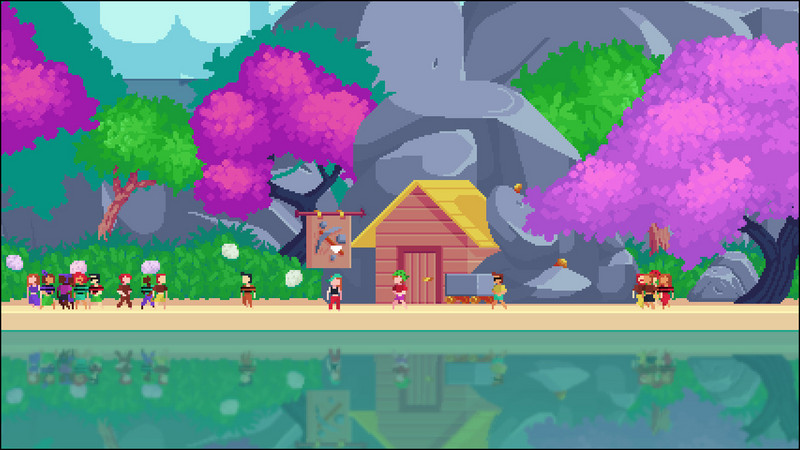 You will start in Black Shore, where you will talk to the locals to near new information as you complete your first main quest: gathering the supplies, you’ll need for your journey, and procuring some crew members to join in on the fun. The supplies that you need are cannonballs, which you’ll use to attack other ships, as well as water and food for your crew so that they remain hydrated and full since a hydrated and fed crew of pirates is a must if you want to stay alive. Your quest will be displayed in the upper right corner of the screen, and you can review them by pressing the A button or hide them by pressing the ZR button.

Once you go into the general store, I suggest that you purchase around 100 units of water and 100 units of food for your journey, as well as around 150 or so cannonballs to keep you safe from other pirates that desire your booty as much as you want theirs. You can increase or decrease the number of each resource that you’ll purchase by pressing left or right on the left analog stick or the D-Pad, or you can use the R button to increase it by 10 or the L button to decrease the count by 10. There is also the option of buying all of that supply by pressing the ZR button, so be careful, or you might end up buying too many supplies and running out of money! 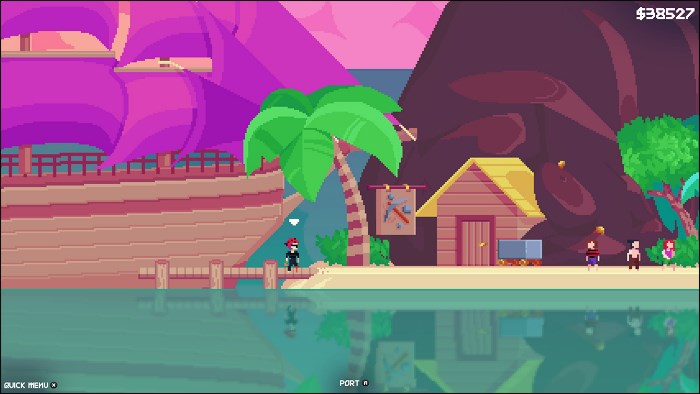 A carrot is cheaper than a piece of meat, but a piece of meat will relieve more of the crew’s hunger. You also have oranges that remove a bit of hunger and a bit of thirst, water that, as expected, is all about the thirst, and biscuits which are great at lowering hunger without breaking the bank. Biscuits are so good that I was very happy when I checked in with a nice old lady at Black Shore that ended up giving me a biscuit for free, saving me some money while helping me keep my crew properly fed. The only downside to biscuits is that they don’t improve the crew’s morale as much as carrots, oranges or beef do, so you must keep this in mind. 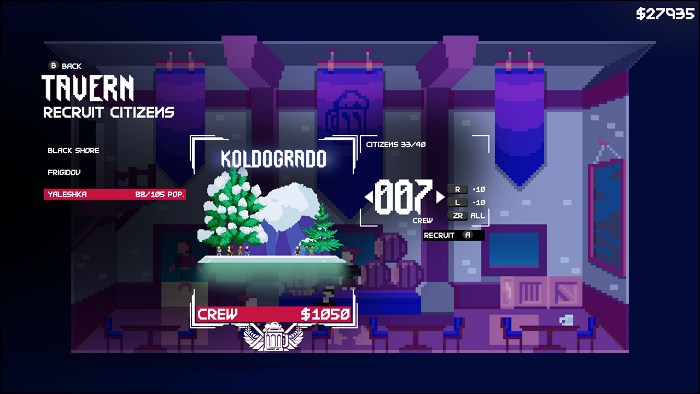 The store also sells ship goods that will help you with your pirate adventure. On top of the cannonballs, which deal good damage to a ship’s crew, hull and sail, the general store all carries bombs, which can deal some serious damage to a ship’s hull, crew, and sail, as well as wood planks which can be used to repair the hull of your ship, with one wood plank helping you recover 1 hit point (HP), so you should certainly have some wood planks on you at all times in case you find yourself in trouble and need to save your ship before it is too late. You also need to repair your sails every now and then, so be sure to get some cloth when possible, since it will help your sails recover 1 HP. 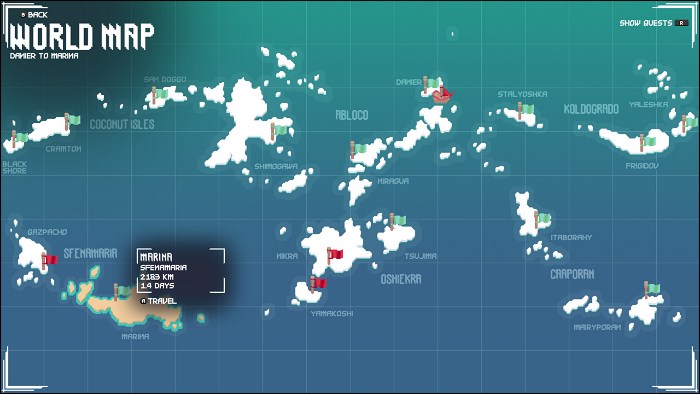 Once you have completed your first quest and have the necessary supplies, you’ll be able to travel to Cramton and build your first structure – a general store! Exit Black Shore and you’ll get to see the world map for Don’t Sink. Here you’ll notice that Cramton is not that far away from Black Shore, and you’ll also get to see fourteen other locations you could venture forth to… if you had a death wish! Much larger and dangerous ships will be lurking in the other areas, so you should stay away from them until you have managed to secure enough funds to purchase a bigger boat for you and your crew, or you will end up at the bottom of the sea before you know it.

Once you have your new island ready to go, you’ll be able to visit other areas to dock your ship and try to find you some quests to complete so that you can collect rewards. As you travel, you will enter battles against rival pirate ships. You need to pay attention to the number of crew members they have and plan your strategy accordingly. You’ll need to load up your cannons and fire away to try and do enough damage to the ship and its crew so that you can try and board the ship to collect its booty. 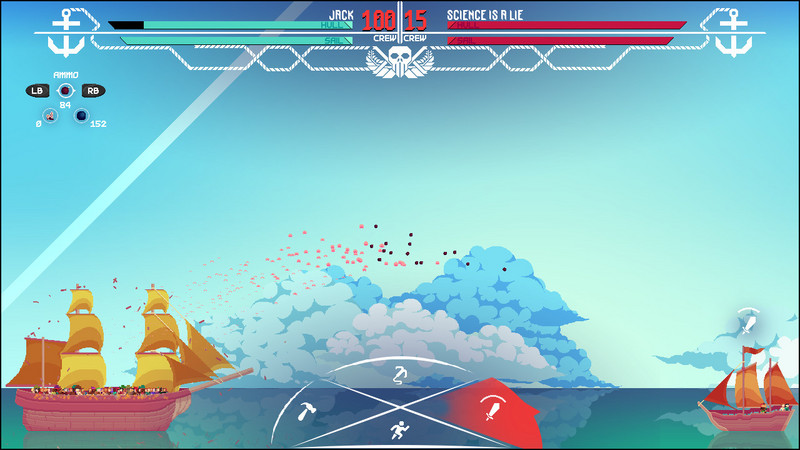 When you board a ship, you as Captain will be going straight into action. You’ll battle over the plank connecting both ships, and you’ll need to dodge your enemies’ attacks to try and counter at the right time to deal damage when they are most vulnerable. These fights are trickier than ship to ship battles, so you’ll probably need to die a few times before you get how to use your opponent’s tells to dodge on time and deal some damage of your own, mixing up your attacks to keep your opponent guessing.


In the settings menu, you will be able to adjust the master audio as well as the individual volume settings for music, sound FX, ambiance and the menu FX. Another option is for setting the dead zone for the controls, while the final set of options will be for the difficulty (easy, medium or hard, and for displaying distances in kilometers or miles as well as for displaying weight in kilograms or pounds so that you can customize your experience. 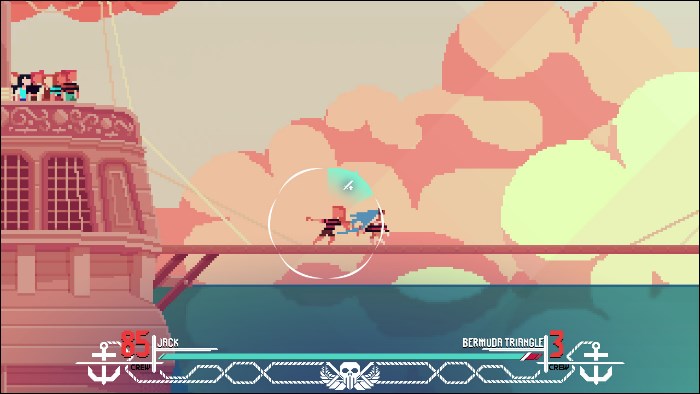 The gameplay look in Don’t Sink is not going to be for everyone since there is a lot of repetition involved and a lot of going back and forth the many available islands as you deliver goods to and from, while also taking on one of the over 20 sidequests to complete. I had fun playing Don’t Sink as I kept my crew healthy, paying to get more citizens to my town, building new structures to increase its safety and production while I worked my way up the pirate chain, saving up for that big and deadly boat that would allow me to amass a big enough crew to start conquering other islands. Are you up for the challenge?

Disclaimer
This Don’t Sink review is based on a Nintendo Switch copy provided by Hitcents.